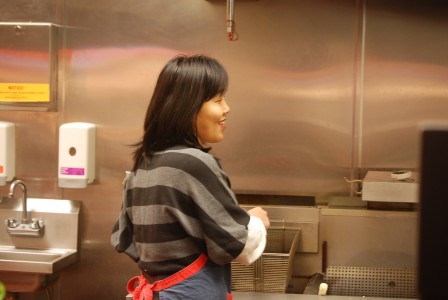 [Read the story in Korean]

The level of participation by the Korean community in the 2010 U.S. Census may well be influenced by a new law in the Republic of Korea that for the first time allows Korean citizens living abroad to vote in national elections at home.

In early 2009, the Korean National Assembly enacted a law that will allow South Korean expatriates, including permanent residents and short-term visitors living in the United States, to vote in the countryâ€™s presidential and parliamentary elections. The law marks a dramatic shift, reversing a policy that prohibited Korean citizens living abroad from voting in their countryâ€™s elections.

The legislation extends the vote to Korean citizens over the age of 19, or an estimated 2.4 million Koreans living abroad, according to the Korean National Election Commission (NEC). Korean natives who become citizens of other countries, including the U.S., are not eligible to vote.

Korea holds popular elections every five years for an executive president and every four years for representatives of the unicameral parliament, the National Assembly. The next parliamentary election, in 2012, will serve as the testing ground for the new law.

Under the law, Korean expatriates are able to cast their ballots only at Korean embassies or consulates. The Korean consulate in Chicago, for instance, serves 13 U.S. states, comprising much of the Midwest.

Consul Jung-il Han of the Korean Consulate General in Chicago explained that how the consulate prepares for the next election is dependent on this figure. â€œFor example,” he said, â€œ[if] there are just 1,000 in this [Chicago] area, then the [number of voting machines or ballots] will be based on that number of people. If there are 10,000 or 100,000, it will be bigger.â€

How much bigger? Counsul Han is not sure, as election plans are still in the preliminary stage.

Why the huge discrepancy? Han and Kim both believe that the undercount is due to low participation of two segments of the Chicagoâ€™s Korean population â€“ permanent residents and undocumented Korean citizens.

This leaves Korean election organizers in a dilemma. How do they get an accurate count of Korean citizens living in the United States when that is the segment of the Korean community that is least likely to participate in the census?

Han and Kim cite many reasons why Koreans who are not U.S. citizens opt out of participating: they are undocumented and therefore fear the legal repercussions; they struggle with English (the 2000 census forms did not come in a Korean version); they find the participation process too tedious or they are unaware of the census itself.Â  Kim further explained that misinformation about the census is also a prime reason for low participation.

â€œSome people donâ€™t know that the census is for everybody, not just for U.S. citizens,â€ Kim said.

Kim and his committee members are working as volunteers for the U.S. Census to educate the Korean community on the process.Â  They are targeting non-U.S. citizens through schools, faith-based organizations, and other Korean community groups.

But Kim admits that although he and his committee members are aware of the new voting law implemented by the Korean government, they have yet to use that new policy as a means to promote census participation among Chicago’s Korean citizens. Why? Because, he believes, Korean citizens in the U.S. do not particularly care about participating in South Korean elections.

â€œEven though they are interested in what is going on in [South] Korea, many people are busy taking care of their lives in America,â€ he said. Kim reported that when the voting policy was first announced, a poll taken by a Korean newspaper showed that only 15 to 20 percent of those surveyed planned to participate in future South Korean elections.

The apathy toward this voting policy is apparent among some of Chicagoâ€™s Korean citizens. Sun Jon Choi is a Korean citizen who resides in the Chicago area. She moved to the U.S. about a year ago and currently works as a cook at a food stand in H-Mart, a Korean grocery store in Niles. Although Choi said that she participated in South Korean elections when she was still living there, sheâ€™s shown little interest in participating in it now that she is overseas. “No, I don’t think I need to,” she said with a coy smile and a shrug.

Tae-Un Shin, another Korean citizen, is a student at Northwestern University in Evanston. She knew nothing of the voting policy and had no idea about the U.S. Census. “I’m only here [in the U.S.] for a short time,” she said in response to why she would not cast an absentee vote in the Korean elections.

“I’m not an immigrant. Koreans who live here as immigrants, they have more interest to vote than me who is just here for a short time,” Shin said, further explaining that the nostalgia Korean immigrants here feel for their home country makes them more interested than she is in Korean politics.

Whatever the percentage may be, there are still Korean citizens in Chicago who intend to exercise their right to vote in the 2012 elections. Korean citizen Woo Yeon Kim is a four-year resident of Chicago and an advertising professional for a local Korean radio station. “It will be a chance to show my opinion about politics and economy in Korea,” Kim said of the upcoming elections.

Choi, Shin, Kim and other Korean Chicagoans interviewed revealed an interesting trend. Those who were willing to vote in the 2012 elections seemed to be those who were more willing to participate in the 2010 U.S. Census. This is good news for election organizers because it means that the 2010 Census estimate of Korean citizens will closely mirror the number of Korean citizens they can expect at the polls on election day. If that is so, then the use of those numbers by the election organizers will be living proof that the U.S. census can be useful beyond the borders of the United States.