A nation of worlds 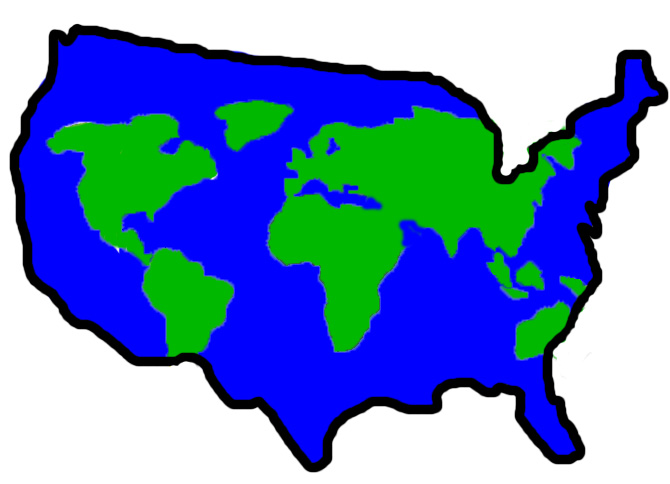 The last day of winter quarter at Northwestern University was a beautiful day. I stood in line wearing a springy sun dress as I waited for my breakfast omelet at a campus dining hall.Â  Spring break was about to begin, and the usual noisy swarm of students was conspicuously absent.Â  But the kitchen staff compensated for the lack of talk and laughter among students.

As I watched a man, whose name I never learned, cook my omelet, I couldnâ€™t help but overhear his good-natured argument with a coworker.Â  I didnâ€™t think much of it, but as I walked away to sit down and eat my omelet, he stopped me.Â  He wanted my opinion on the subject they were discussing â€“ whether he was Guatemalan or American.

He told me he was born in Guatemala, and his parents still live there.Â  He has been an American citizen the majority of his life, but he still considers himself a Guatemalan, while his coworker calls him an American.Â  They wanted me to cast the tie-breaking vote:Â  â€œWhat do you think he is?â€ his coworker asked as the Guatemalan American man waited expectantly.

I told him that he posed a difficult question.Â  I didnâ€™t know what to say, but Iâ€™ve thought about it in the weeks since.Â  Iâ€™ve considered my own heritage which I can relate to you in exact proportions from a dominant 3/8 German and 1/4 Irish, all the way down to 1/256 Native American.Â  If someone in the United States were to ask me â€œwhat are you?â€ I would probably cite these numbers, but if I were visiting Germany and someone were to ask me the same question, I would instinctively say that Iâ€™m American.

He made me wonder what it means to be American.Â  American is not a heritage.Â  There is no box on the census forms that we can check.Â  Being American does not negate my German or Irish roots any more than my Irish heritage nullifies my German roots.Â  Nor does American constitute a fraction of my blood.Â  Americanism is an identity which overlays that of our heritage.Â  All of my blood is American in addition to German, Irish, Native American, English, etc.

This man was asking a trick question: Is he Guatemalan or is he American?Â  Because the answer is that he is both.Â  They do not negate each other; they coexist. Â No one, especially first generation immigrants, can be expected to shed their racial identity. Our heritage defines us.

This is something I never considered until this Guatemalan American man asked me, â€œWhat am I?â€Â  The truth is, without Guatemalans, without Germans, without the other countries of the world, there would be no Americans.