Lhotsampas welcome: Shoutout to Misha Cohen’s “From Bhutan to the Bronx”

Misha Cohen’s story, “From Bhutan to the Bronx,” about the Lhotsampas, who are ethnically-Nepalese refugees from Bhutan, exposes an important human rights issue that is often overlooked. Bhutan is a traditionally Buddhist, peace-upholding nation. That such atrocities can take place there, displacing tens of thousands of people, raises questions about the nature of peacekeeping and of “getting along.”

With the U.S. having committed to accepting nearly 60,000 refugees in light of the Lhotsampas’ homelessness, Cohen tells the story of one family in particular. 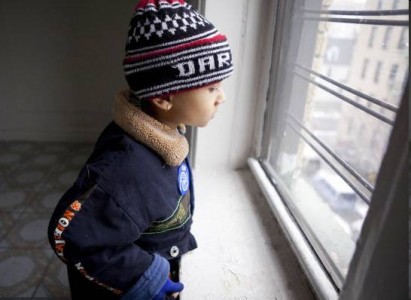 Chet Nath and Uma Timsina now live in the Bronx with their young son, Kushal. Thanks to the International Rescue Committee, one of a few organizations devoted to aiding families like the Timsinas, refugees are resettled in safer places.

The article traces the family’s immigration to the United States and their struggles in adjusting to life in New York City. With deft integration of compelling photographs of the family, the article plays out as a salient vignette of a Lhotsampa’s life in another country.

The story appears on The Huffington Post, and Misha Cohen is not a traditional reporter.Â  She’s a featured blogger for the International Rescue Committee reporting on refugee crises, and is working on a photo project for UNHCR, The United Nations High Commissioner on Refugees.