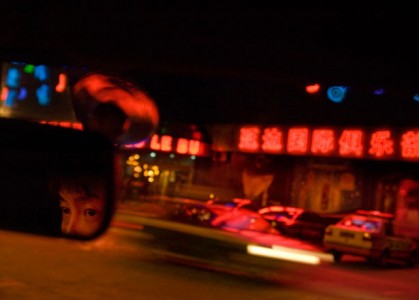 A missionary in Yanji, China looks for North Korean defectors. Photo by Chien-Chi Chang - Click on the photo to access the National Geographic story.

When North Korea is mentioned in the news, it is likely in reference to nuclear warfare, communism, or the unbelievable antics of dictator Kim Jong-Il. It is unusual to hear about the thousands of refugees from North Korea in South Korea and the United States, learning to live in a previously inaccessible world.

Many refugees harbor the very real fear that if their escape is exposed, the North Korean government will target their family and loved ones and send them to one of dozens of prison labor camps for the disloyal. For this reason, most North Korean refugees keep their stories under wraps and live a quiet life.

Journalist Tom Oâ€™Neill, working for National Geographic, set out to chronicle the plight of North Korean defectors on their harrowing journey through China and Laos to apply for asylum in Bangkok in “Escape from North Korea.” Â Oâ€™Neill, his South Korean wife Soo-Young Lee, and photographer Chien-Chi Chang worked undercover and put their safety on the line to follow three refugees, code-named Red, White, and Black, from the China-North Korea border to their new homes in Seoul.

Though it may seem that the hardest part of the escape would be crossing the North Korean border, Chinaâ€™s policy to search out and deport defectors turns escapees into underground fugitives. They must rely on help from missionaries and outsiders to get them out of China to safety.

However their vulnerability makes them easy targets. Red and White were both tricked into imprisonment in an internet sex operation and Black was sold into drug smuggling before their eventual contact with a South Korean, Pastor Chun Ki-won, who was committed to help the North Koreans reach freedom.

The story is four parts: Oâ€™Neillâ€™s poignant text highlighting the escape and eventual challenges to life and assimilation of North Korean refugees, a striking gallery by Chang, a photographic retrospective of Korea pre-separation, and field notes from Oâ€™Neill describing how he became an accomplice in the process when part of the escape plan went awry. 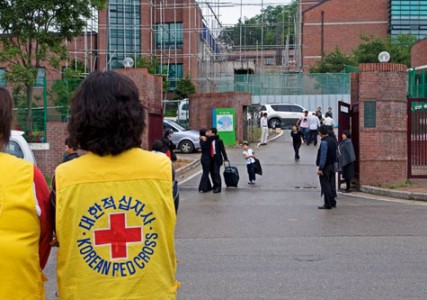 Whatâ€™s surprising:Â  The amount of defectors each year, Chinaâ€™s unsympathetic stance towards escapees, and the antiquated lifestyle of North Korean citizens. As one defector says, “The difference between North and South is like jumping ahead a century.”

While the world gawks disapprovingly at the North Korean dictatorship, few people get the chance to hear from its victimized citizens. Oâ€™Neill put himself on the line to give North Korean refugees a forum to voice their silenced histories.