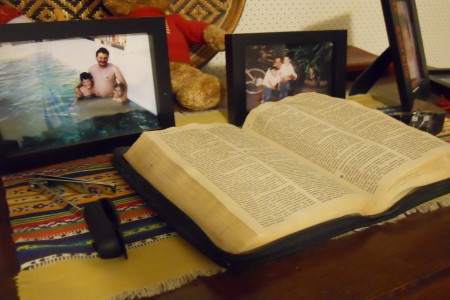 Pictured is the bible Jorge’s mother gave to him the night before he left Guatemala. Jorge keeps the bible and several framed photos of his father and brother on the dresser in his bedroom in Evanston.

The Jan. 12 earthquake in Haiti has refocused attention on the world’s trauma victims. They are far too many to count, and the aftershocks to them, their families, and the world around them are immeasurable, yet numbingly real and lasting. Notwithstanding the personal devastation wrought by Hurricane Katrina, most catastrophic events have occurred outside the United States, and remain a comforting step removed from daily American life.

But just as America prides itself on being a land of immigrants, its beacon is picking up the plight of refugees from around the world, in relatively modest numbers each year. Over time, though, the numbers have grown and the stories of trauma and torture are surfacing closer to home, all our homes. According to the Washington Post, “there are an estimated 400,000 to 500,000 people in this country who had survived torture in their homelands.”

Chicago has always been a beacon to the world’s immigrants, and now it is training its light on and spreading its welcome mat for refugees who fled home for the safety and dignity of a place they barely knew. We feature the remarkable and harrowing stories of eight refugees – from Cambodia, Guatemala, Sudan, Burma, Iraq, Palestine, Ethiopia and Tibet.

Leon Lim working as a medic at Khao ‘I’ Dang in 1980. Photo courtesy of Leon Lim.

We have countless questions about refugees. Many seem simple, though the answers are elusive and surprising. Others we’ve never thought about, yet the answers are eye-opening. Here are an array of questions, and stories that bring the answers to life:

In the process of sharing the stories of Chicago’s refugees, we pay tribute to these stories that illuminate the plight of refugees around the world: 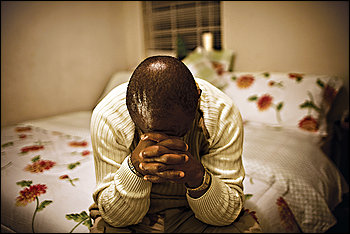