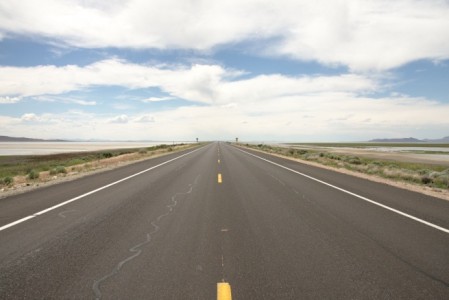 I remember my palms sweating and my knuckles turning white as I clutched the thick, gray steering wheel for the first time. My eyes panned the street ahead looking for anything that might obstruct my path. Half of me expected a blind old man to stumble into the street or a rabid dog to attack my tires at any moment.

Learning to drive was scary and I was expecting the worst. But, as my sixteen-year-old self nervously slammed on the brake pedal for the umpteenth time that day, Mohammad Kahn reassured me that I was doing â€œvery, very goodâ€ and just to â€œrelaaaax.â€

Mohammad, my driving instructor, was from Pakistan. He had a thick, intimidating mustache, but a deep and friendly laugh. He explained how, as an esteemed Pakistani army veteran, he had known success and privilege in his own country. I knew few details about his service, but found that he was familiar with comforts such as golf clubs and private schools. Â Plenty of golf clubs and private schools adorned the Connecticut landscape, but I guessed that he would never know such privileges in his new home.

Mohammad came to the United States in search of medical care for one of his daughters. I canâ€™t recall much about her condition, but it must have been serious. Sometimes, I would picture him sitting in a big chair at home surrounded by his four young daughters, laughing the same laugh he shared when I panicked at the sight of brake lights in front of me.

I have to wonder if Mohammadâ€™s daughters understood the struggles weighing heavily on him. He spent his days serving as just another point person in the lives of teenagers like myself.Â  For us, learning to drive was another step on the path to adulthood. For him, teaching us was just a way to get by. Sometimes his oldest daughter would call my house when we were to schedule our driving lessons. â€œShe is more organized,â€ he would say. â€œAnd speaks better English.â€

I would usually decide where we would drive for the lesson. He would hold a crumpled map of Fairfield County, clearly unsure of where we were going. Â Until he explained his story, I was confused about why he didnâ€™t know the area where we lived. â€œIs he serious?â€ I thought to myself, as he requested that I drive through yet another area of high pedestrian traffic.

Each time I sunk into the worn, plush seats of the driving school vehicle, I wondered what Mohammad and I would talk about. Sometimes I felt uncomfortable, especially when politics, race relations, education, and economics came up. Mohammad was especially conservative in his viewpoints and my lack of experience in supporting my arguments made it a struggle to counter his traditional outlook. He also talked a lot about disparity – something that I had only somewhat considered before, but now couldnâ€™t help but recognize everywhere I went.

I donâ€™t think that I was old enough to truly appreciate what Mohammad shared with me.Â  There were so many more questions that I wish I had asked. When I climbed into the car the first day, I expected to learn the tips and tricks to perfecting a three-point-turn and how to back into a parking spot. As I got to know Mohammad, I realized I had found someone who fascinated me. People from different cultures and experiences had always interested me, but I had rarely taken the opportunity to connect with them on a personal level.

As much as I appreciated everything that I learned from our time together, I never thought to maintain my friendship with Mohammad. I knew about his family, but would never actually meet them. I could explain the details of his struggles, but did not pay enough attention to see if he was able to overcome these stumbling blocks.

Mohammad is not someone that I often think of. Still, as the familiar sites of my hometown flashed by through the dirty car windows, I realized that he opened my eyes to a new way of looking at the world. I wish I had told him.