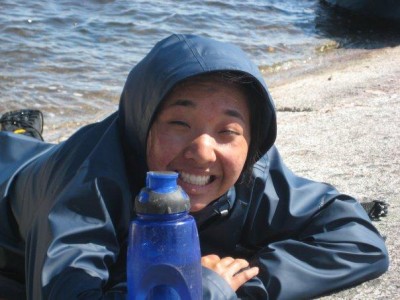 â€œYou saved my life,â€ Joyce gasped as our canoe glided from the roaring rapids into the relative safety of the calm eddy water.

I had carefully maneuvered down the set of rapids and shouted the commands, â€œPaddle,â€ â€œRight,â€ and â€œLeftâ€ to Joyce in order to keep us on course. But by no measure had I save her life.

I had kept both of us out of the whirling waters of the St. Louis River in Minnesota. Despite my many attempts to explain this, 16-year-old Joyce insisted on believing that I truly saved her life just as she persisted in calling me her â€œmonkey man.â€

A little over a year before this wilderness canoe trip, Joyce had moved to San Francisco from Shanghai to live with her aunt and uncle as she pursued better educational opportunities. I recognized her struggle with English and accepted with good humor that for some mysterious reason I reminded her of a monkey and a man. Putting that aside, our conversations in the canoe drifted to other matters throughout the reminder of the trip. Thatâ€™s when the lessons really began.

Whether I recounted horror stories from my after-school job or Joyce retold her unfortunate experiences with spiders, these simple stories we shared helped improve her English. As the trip progressed, the once-hesitant speaker babbled for hours in the canoe. And I taught her some of our languageâ€™s particular idioms.

I ensured Joyce that shooting a set of rapids would be a â€œpiece of cake.â€ â€œA piece of what?â€ she demanded. Although she initially doubted my decision to equate the standing waves with a sugary food, she seemed amused by my explanation that canoeing the upcoming rapids would be just as easy as eating something tasty.

When someone noted how lucky we were to get such warm sunny weather, many of us quipped, â€œknock on wood,â€ and began banging our fists on 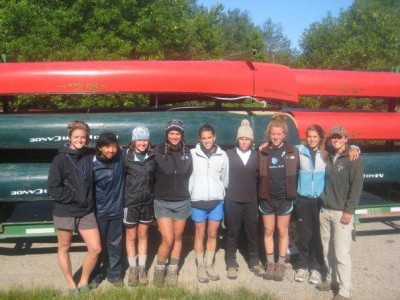 our wooden paddles.Â  This really startled Joyce, but in no time she took to mimicking the superstition.

A long day on the water with miles of lakes and rivers to cover challenged Joyce. She complained about her fatigue and the heat, and asked, â€œAre we there yet?â€ Although I had a set of maps and a vague notion of our location, I couldnâ€™t offer Joyce any concrete information on when we would reach our campsite for the night.

Joyce persisted. She began to annoy me, so at one point, I announced my intentions to â€œlay down the law.â€

Joyce had no idea what I meant so I told her it meant giving strict instructions for others to follow without taking any of their sass. Sensing she was still confused, I began listing the new rules for our boat. The first banned asking, â€œAre we there yet.â€Â  Others forbade complaining and over exaggerating.

Although temporarily distracted by the strange idiom I used, Joyce eventually began complaining regardless of the new laws of the boat. I should have expected it. Joyce hadnâ€™t listened to me when I told her that I didnâ€™t actually save her life or that it was rude to call me â€œmonkey man.â€

Although mostly ignored, my explanations mattered. Our conversations as well as her exchanges with the other girls helped Joyce feel more at home in the U.S.

In the months prior to the canoe trip, Joyce had begged her parents to let her return to Shanghai, but after her time in the Minnesotan wilderness her perspective changed. She no longer called her parents in tears pleading to leave the U.S.

When I talked with her a few months after the trip, she said the improvements she made in her English helped her in San Francisco, both in her social and academic pursuits. Her new confidence in speaking English allowed her to expand her group of friends, and the once challenging oral presentations and written papers became â€¦a piece of cake.