He’s an immigrant and I’m impressed 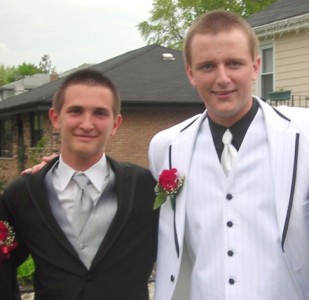 When I first met Luke Siuty, we were part of the same freshman orientation group, bumbling and stumbling our way through the first day of high school. He showed me the way to the science wing of the building. I helped him with his locker combination. We were fast friends.

Over the next four years we discovered shared interests and ideas seemingly by the day. We shared a love for language and worked together on the high school newspaper every day, going back and forth with puns and cheesy jokes before inevitably bursting into laughter. On the tennis court, the word play would continue as we hit balls back and forth for hours on end.

The summer after our first year of school together, Luke invited me to his neighborhood for an afternoon of tennis. We lived in suburbs just on the southwest edge of Chicago. There I had grown up with Polish-Americans my whole life, as the area trails only Warsaw in Polish population. Luke and his family were part of this hotbed of eastern European settlement.

After hitting, we sat on the tennis courts and got to talking about his past. I was stunned to find out that at 12 years old, he had emigrated with his family from Poland. He was midway through junior high when they made the move. It made me even more impressed by his impeccable command of the English language after just four years of living in North America. He told me of his plans to earn his U.S. citizenship, a task he would accomplish a few years later.

We went on together through the ups and downs of high school, taking countless classes together and working on various projects. We attend the same university and are both journalism students. The word play continues, as does my instruction under his tutelage of comical Polish sayings and pronunciations.Â  It took me months of practice to properly pronounce ser i krakersy, or â€œcheese and crackers.â€ Ironically, it’s the Polish equivalent of saying â€œeasy as pie.â€ He still corrects me most of the time.

Lukeâ€™s story is not entirely unique. Every day young immigrants across the United States are making a remarkable transition into a new society that always presents fresh challenges for them. For many Americans like me, this goes unnoticed, even as it happens right before our eyes. Learning a new way of life is a demanding process, and itâ€™s easy to take it for granted, especially when so many immigrants, like Luke, make it look like ser i krakersy.