Normalcy to a 7-year-old 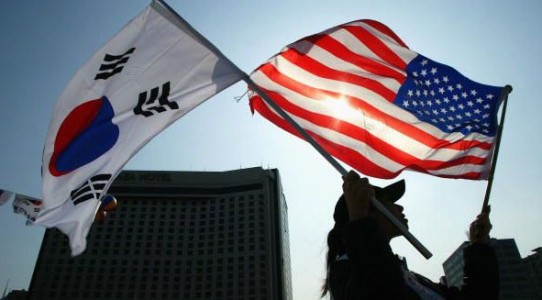 She spoke in riddles. At least it seemed that way to me. Her broken English paired with a heavy accent was something I, a 7-year-old girl living in Tennessee, had never heard before. It was as if she had come from an ancient world, one I had yet to discover. When she greeted me, I smiled warmly and extended my hand. I couldnâ€™t understand what she was saying, so I launched into the typical introductions I had grown accustomed to.

Her daughter struck me more so. She was 15, and though she was foreign in appearance and different in age, she seemed quite similar to me. She spoke perfect English, no accent, and I wondered how a difference this substantial could exist between a mother and daughter, between Nam and Kim.

Nam and Kim are friends of my aunt Susan. They had moved a few houses down the street from her in a cozy, cookie-cutter neighborhood just 10 minutes away from mine on the outskirts of Memphis. I was confused when I was young as to why they lived there. Namâ€™s husband was the only reason I could come up with. He was American.

Nam and Kim would stop by my auntâ€™s house on occasion while I was there. Since then Iâ€™ve seen them intermittently over the years. At first, their names were synonymous to me, spoken to the beat of â€œTom and Jerry.â€ I couldnâ€™t remember which one was Nam, and which was Kim. Nor could my mother.

Nam was born and raised in Seoul, South Korea. She lived in a hut made of straw and mud, built by the hands of its dwellers. Her father died when she was only four, so her eldest brother took to caring for the family. Near the age of 25, she married an American military man who brought her back to the United States. Her mother did not object to the marriage. and she hasn’t been back to Korea since.

Kim was born nearly three years after Nam arrived in America. She has never seen the country where her mother grew up. She wore the same Express jeans as her peers, used the same slang, and carried herself in the same manner. My aunt taught Kim how to drive when she was in high school. Nam didnâ€™t know how. During her junior year, Kimâ€™s father was diagnosed with cancer. He died a year later.

I remembered thinking Namâ€™s husband was normal. I was nine when he died, and I wondered how Nam and her daughter would get along without him. The feat of raising a teenager as a single mother seemed more difficult than if Nam had been American. I viewed him as the reason why they were here, and now they were stuck in a world that wasnâ€™t theirs, with nothing to ground them.

But what was normal to me then? Was it the lack of identifying oneself strongly to a certain ethnicity, one that looked or spoke differently than the majority? While I identify myself as an American, the closest tie to any ethnicity I have is 1/16 German. The next: 1/64 Cherokee Indian. I closely resemble neither.

When I think back to my first encounter with Nam as a 7-year-old, I viewed her in the boundaries I had set up as normal. Then, normal was fitting into oneâ€™s surroundings, both in appearance and demeanor. She seemed out of place compared to the people I had seen, either on TV or in person.

As I grew older, I finally grasped that being American was deeply ingrained in oneâ€™s roots, whether it be Korean or any other ethnicity. For her to be â€œnormalâ€ doesnâ€™t mean forgetting her past way of life and completely absorbing mine. She was normal the day I met her.