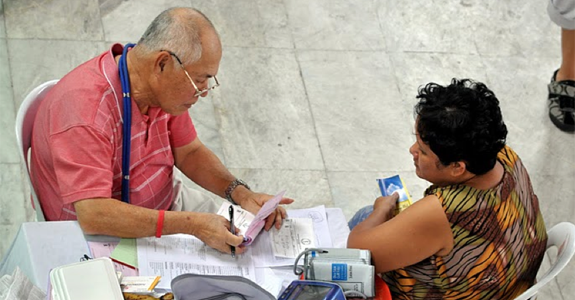 The sentiment may hold for Filipino Americans as they age, but itâ€™s far more complicated. Half of 35 immigrant seniors surveyed between 2008 and 2010 still plan to move back to the Philippines, according to the Filipino American Senior Health Assessment, a longitudinal study conducted by the Filipino American Community Health Initiative of Chicago. Â The other half donâ€™t , and a handful arenâ€™t sure.

Dr. Fred Ng, a retired Chinese-Filipino-American surgeon, shares the desire to return for good. As the chief surgeon for the Carolina Medical Mission, he returns about twice a year to provide medical procedures to those who canâ€™t afford care. He laughingly remarks that he misses â€œnothingâ€ about the United States while he is back in his homeland, but like many older immigrants, having family in the States is keeping him from relocating permanently.

While Ng returns to help his fellow countrymen, many Filipino-Americans return for more personal or financial reasons.

The comparatively low cost-of-living applies to more than clothing and groceries; it makes school more affordable as well.

â€œOne year of university costs about $3000 to $4000, about one-tenth of the cost of a U.S. education,â€ Herrera-Lim says. â€œItâ€™s a significant difference.â€ And many Filipino doctors and students view medical school in the Philippines as equivalent to a U.S. medical education. 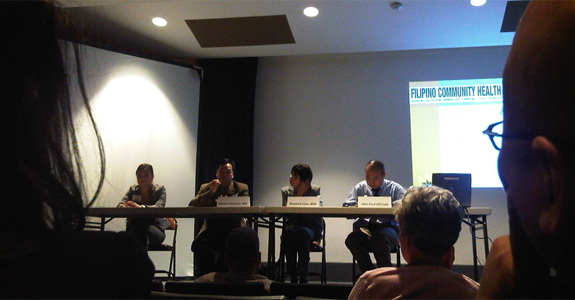 â€œThe education process is the same. Everything is based on the American standard,â€ explains Steve Unciano, a Filipino-American doctor and owner of Unciano General Hospital in Mandaluyong, Philippines. â€œ[Filipino graduates] are pretty much shoulder to shoulder with U.S. graduates.â€

Although low costs tempt many Filipino-Americansâ€”from Philippine-born retirees to American-born studentsâ€”to return, memories of a disjointed health care system keep some away.

â€œThe only problem we have is about health care,â€ says Aurora Nepomuceno, a retired nurse who immigrated in 1972. Since their retirement began, the Skokie resident and her husband have been spending October through April of every year in the Philippines.

â€œThe problem in going back to the Philippines is that when you get sick, you spend your own money. I prefer to stay in the United States because of health coverage,â€ Nepomuceno says. â€œItâ€™s good that when my husband got sick this year, we were here in the United States. We have money from retirement, pensions, social security and health insurance.â€

These problems echo those shared by other Filipino-Americans.

â€œThe main concern of immigrants going back is if theyâ€™re covered by insurance or Medicare,â€ Unciano says. â€œI think that it will be of assurance [to those returning] to know they will be covered if itâ€™s an emergency and, if itâ€™s elective care, they just have to ask their respective insurance beforehand.â€

Although his hospital, much like American hospitals, treats patients before they pay, Unciano explains that most other hospitals in the Philippines will not treat anyone, even emergency room patients, before receiving payment. This system limits the health services for those who canâ€™t afford it.

â€œWhen you are poor, nobody helps you. Even if you go to a so-called charity hospital, you have to come up with some money,â€ Ng says.

Additionally, if a patient cannot afford to pay for diagnostic tests, they opt not to take the potentially life-saving exams.

â€œOften when they finally come to see a doctor, their condition is too advanced to cure, and they are left to die at home,â€ Ng says.

A student at the University of the East – Ramon Magasaysay Medical Center, who asked to remain anonymous, believes no solution will lead to real change.

â€œIt would be nice if insurance would be provided or some law be decreed so there could be equal opportunity to have better health,â€ she says. â€œEven if the World Health Organization gave money, there would always be corruption in the government.â€

Some Filipino-Americans remain optimistic, especially because recently inaugurated president Benigno Aquino Jr. has promised to rid the government of corruption.

â€œMinus corruption, we will have more funds to help people as far as health care is concerned,â€ says Dr. Philip Chua, a cardiac surgeon based in Northwest Indiana.

Despite the quality of Filipino doctors, many Filipino-Americans believe that health care in the Philippines is substandard to care in America, especially because many areas suffer from a lack of resources.

â€œThe view…is to a degree correct,â€ Vicencio says. â€œIn the United States, if youâ€™re sick, we can and will do anything for you to keep you alive and well. In the Philippines, they treat you as if youâ€™re not going to be living forever.â€

Perhaps more importantly, technology also does not always measure up to U.S. standards.

â€œI would say 30 percent [of Philippine hospitals] would have state-of-the-art facilities like we have in the United States, but the rest would be five years behind as far as equipment is concerned,â€ Chua says.

However, some do not see the technology divide as a disadvantage. American-born Mark Unciano, one of Steve Uncianoâ€™s sons, is currently a medical student at University of Perpetual Help at Las PiÃ±as.

â€œThereâ€™s another way to diagnose different diseases. They teach us the old fashioned way with a stethoscope,â€ Mark Unciano says. â€œI actually feel that I may have an advantage…working my way through the kinks without using technology to make these diagnostic decisions.â€

Access to health care can also be a problem.

â€œThe ambulatory system is nowhere near as good as in the United States with all the traffic [in the Philippines]. If you have a heart attack at home you might not make it to the hospital… You wonâ€™t always have angiograms when you need them; thereâ€™s no dialysis right away when your kidney fails. Access is the problem,â€ Vicencio says.

Some Filipino-American doctors return to their homeland in hopes of helping solve these problems. In 1997, Chuaâ€™s success in the United States motivated him to help establish the open heart program at Cebu Doctors’ University Hospital. He returns about every two months to the Philippines.

â€œI felt I was abandoning my native country and was busy making money,â€ Chua says. â€œI felt a sense of inner guilt. I promised myself to find a way of giving back to my motherland.â€ 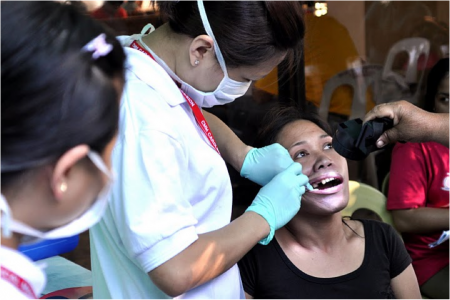 Vicencio finds faults with the medical mission model. He says he would love to help the poor of the Philippines, but his personal focus is primary, longitudinal care. He argues that the medical missions accomplish â€œnothing on a sustained basis. They donâ€™t go back to teach, run clinics, seminars or organizations. They treat people, and then they leaveâ€¦Iâ€™d much rather be a consultant.â€

The student at the University of the East – Ramon Magasaysay Medical Center agrees. â€œThey go to an area and give some medications, but after they leave thereâ€™s nothing really left in the community,â€ she says. â€œIt somehow imposes dependency on the part of the Filipinos if they count on this [free] health care.â€

Chua is accustomed to this criticism, but he still maintains the value of the missions.

â€œThe only thing we tell them is â€˜Yes, thatâ€™s true.â€™ We are not there 365 days a year, but the couple of thousands we help during each visit are a couple of thousand being serviced who would otherwise not get medical care,â€ he says.

Another problem emerges from the disparities between Philippine-trained and American-trained doctors, which can create a resentful working environment. American doctors who serve medical missions bring knowledge of â€œgreat tools and equipment,â€ Vicencio says, but ultimately leave the Philippine doctors with the patients and without the desirable technology.

But Christian Unciano, son of Steve and brother of Mark, and a University of Perpetual Help at Las PiÃ±as medical student, says nationality should not matter.

â€œWe [doctors] all know the same thing when it comes to helping people,â€ he says. â€œRace should not be an issue.â€