For the family in Latin America: Financial help from afar

The moment she boarded the plane, Jacqueline was in debt. But she had made up her mind; if she wanted to attend college in her native Ecuador, she would have to raise the money by making a living in the United States.

The young woman paid for a plane ticket, half in cash and half on a credit card. Jacqueline was already faced with the burden of sending money home to cover the credit card bill, an added barrier between her and a college education. Had she known that over a decade later she would still be living in the U.S. and still sending money back to Ecuador, would Jacqueline have left in the first place?

Throughout the country, Hispanic immigrants are in Jacquelineâ€™s situation. Latin American countries received $56,539,000 in remittances in 2009, comprising 13.7 percent of the world total, according to World Bank data. The immigrants who provide the money recognize the necessity of sending it home.

â€œAfter clearing the cost of the ticket, I started sending money home for birthdays, graduation parties, you know, special events. But then thereâ€™s also emergencies.â€ says Jacqueline. â€œLike when my brother Leo had to be hospitalized. And for some reason I remember the price – $1,300.â€ 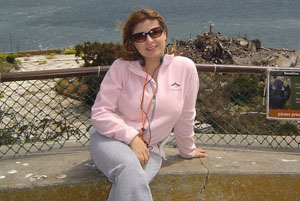 Jacqueline arrived in the U.S. in debt from her plane ticket.

The reasons for sending hard-earned money back to family and friends in Latin America vary. For Jacqueline, the money has gone towards purchasing gifts and helping in emergencies. But for others, like Nuriy, the remittances provide basic resources.

â€œMy mother didnâ€™t work, but she had to eat,â€ says Nuriy, who is originally from Mexico. â€œLatinas are accustomed to give more, especially to our moms.â€

Nuriy regularly sent money home at least twice a month using whichever money order business had the cheapest rates. Scores of immigrants like Nuriy contributed to making Mexico the third largest remittance recipient worldwide in 2009 with a total of more than $22 million. So for many, this has required shopping around to find the least expensive rates. Nuriy remembers â€œalways planningâ€ how to best transfer the money. Sending $200 requires an average transmission cost of $14.85, according to the World Bank, so finding the lowest rate possible is of the essence.

Well beyond that, providing for her family came at a price.

â€œItâ€™s part of the sacrifice of being here, being away from your family,â€ she says. â€œTo be in this country you have to pay a price. To pay a price you have to make many sacrifices.â€

Straddling two countries and having responsibilities in each is a struggle many Latin Americans face. The costs and benefits of supporting a family from a distance create a dilemma, especially considering the state of the U.S. economy and how its downturn has resulted in job cuts and remittance deceleration. For instance, although remittances accounted for 20.4 percent of the 2009 Honduran gross domestic product, the total dollar amount received the same year was down from 2008. Despite the poor American economy, immigrants answer the call to send money home.

â€œIf I didnâ€™t send her this money, who would?â€ says Alexandra, a mother of two who has been sending checks to her mother in Ecuador since arriving in the U.S. in 1992. â€œItâ€™s the first thing I budget for, before rent, car notes, anything.â€

The satisfaction Alexandra receives from supporting her mother easily outweighs the cost of working hard to do so. She was elated when her mother recently bought a much-needed $500 hearing aid. â€œI have $50 in my bank account right now, but itâ€™s okay because my mom finally got her hearing aid.â€

For many Latin American immigrants, sending money to their loved ones is something they plan to continue for as long as they are separated from their families.

â€œAs long as I have family that remains in Ecuador, I will be sending money,â€ says Ingrid, a young woman from Ecuador who works as a housekeeper in one of Chicagoâ€™s downtown hotels. Despite working long hours to pay the rent and meet the rising costs of raising a young child, she continues to send money to her family in Ecuadorâ€™s ocean-side town of Manta. â€œI send them money because they need it,â€ she says. â€œThereâ€™s nothing else about it.â€

Ingridâ€™s decision to move to the U.S. was certainly not an easy one. She arrived in Chicago in 2002 hoping to earn enough money to bring over the six-month-old son she left behind under her parentsâ€™ care. 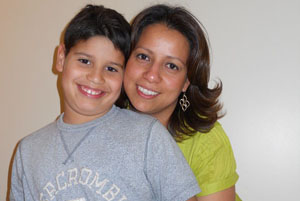 â€œHow was I going to work and take care of Isaac, all by myself?â€ Ingrid says. â€œThe cost of childcare alone reaches $500 each month. I didnâ€™t have that kind of money back then.â€

So for the two years that it took to bring Isaac to Chicago, Ingrid sent money to her parents to pay for the expenses related to caring for her son. â€œI would add a little extra around birthdays, holidays â€“ days like that. I never wanted him to be a burden for them financially, plus I wanted to be additional support for them in any way I could.â€

Ingrid feels she is still an active member of her family, albeit from afar, by regularly sending money to be used to pay the mortgage, buy groceries or put gas in the car.

Unlike Ingrid, not all of Latin Americaâ€™s immigrants to Chicago had a plan to stay in the Windy City for long. Some, like Andres, planned to stay long enough to save some money, gain college credits, or simply explore a new city for a definite period of time. After seeing the benefits of sending money home, though, it becomes difficult to return.

â€œI never planned to overstay my visa,â€ says Andres, a Mexican immigrant who arrived in Chicago several years ago. â€œI wanted to work and go back to Juarez with a few thousand dollars saved up so I could help out at home. But when the time came for me to go back, I couldnâ€™t do it. I know how much my being here is hard for my family, but the financial side of it just makes more sense this way.â€ 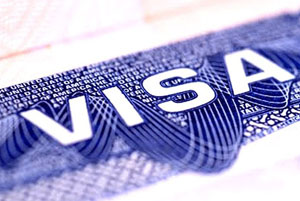 Working as both a waiter and a valet, Andres makes enough money to pay his bills and send $300 every month to pay for his siblingsâ€™ school fees and his fatherâ€™s medical bills. After his father suffered two heart attacks in the last 18 months, Andres wondered whether he would ever get to see him again. Unable to travel to Juarez to visit his father, Andres felt that staying in Chicago and earning enough money to help pay for the medical bills was the best way to support his family. Leaving Chicago would mean he could no longer do that â€“ thus his decision to continue to work his two jobs.

Nonetheless, Andres notes how difficult it is to play such a critical role in his family structure from afar.

â€œI am the main breadwinner â€“ the most relied-upon member of the family, at least financially,â€ he says. â€œYet Iâ€™ve learned that my motherâ€™s hair is starting to gray and I have yet to see this. Itâ€™s been that long.â€

Leticiaâ€™s story echoes this realization that being far from home can be truly difficult. An immigrant from Guatemala, Leticia has been living in the near Southwest side neighborhood of Little Village for just over two years.

â€œItâ€™s not something I even think about anymore. Fifteen percent of every paycheck is just put into my momâ€™s account in Mexico,â€ she says of the remittances she sends to Guatemala. â€œOf course, I wish I could be there instead of here. I would buy her groceries and drive the kids to school instead of paying for someone else to do that for her.â€

Leticiaâ€™s mother suffers from â€œan undiagnosed, severe form of depressionâ€ that has disabled her from doing many of the things Leticia pays someone to do.

â€œThere were times when my dad would call and say that mom had not climbed out of bed in four or five days. Four or five days! So I knew I had to hire someone to live at home with her.â€

Ana, the woman Leticia hired, was recommended to her by a family friend, and does everything from cleaning the house to buying the familyâ€™s groceries and preparing dinners. The money Leticia sends pays Anaâ€™s wage and helps offset the costs related to the familyâ€™s expenses.

â€œIt doesnâ€™t matter to me how she spends the money I send her, because it is my duty to help her,â€ says Leticia. â€œAnd I know that the money helps her.â€

Leticia, like Andres, Alexandra, Ingrid and so many others, is happy to help her family in spite of the great distance between them. They may not get to enjoy quality time or even reap the benefits of their financial assistance with their loved ones, but they rest confidently knowing that they are doing their part to help their families â€“ in effect, serving as their familiesâ€™ lifelines from afar.

* The story used only first names to provide our sources with privacy about their financial situations.