What are the complications for refugees when their families are separated?

[Read the full profile at Jumatano Majaliwa: A Congolese refugee reclaims his children]

Jumatano Majaliwa will never forget the day he said goodbye to three of his children. He said it was one of the hardest things heâ€™s ever had to do. It was evening. He was not sure if he would ever see them again. The next morning, he fled to Kenya from the Congo with his wife and two sons, leaving his other children, who were their half-siblings, behind. 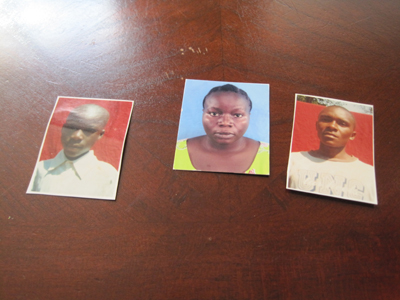 The three children Majaliwa was separated from. / Photo by Zach Wichter

â€œIt was very, very bad,â€ he says. â€œYou know your kids, your blood, we call it your blood, and to leave them, you donâ€™t know how long youâ€™ll be separated from them.â€ Majaliwa, unsure of his childrenâ€™s whereabouts, was unable to contact those he left behind for three years.

Itâ€™s not uncommon for families to be separated during the resettlement process, according to Chris Clements, the Coordinator of Material Distribution at Catholic Charities in Chicago. â€œMany refugee familyÂ members come at different times. Usually you get one individual or a small unit of family (parents and their children) and then have to apply or work to get the other members here,â€ he wrote in an e-mail. â€œItâ€™s often a year or so to unite other family members.Â However, there are some cases in which some families never get united or come together for various reasons.Â It can be quite sad but this happens probably 25 percent of the time or less.â€

There is no single cause for family separation, according to Edwin Silverman, chief of the Bureau of Refugee and Immigrant Services at the Illinois Department of Human Services. â€œOne reason might be that the children are adult children, which theoretically should make no difference but sometimes it does because theyâ€™re registered as a separate case. Sometimes some of the family members get registered at a later period than those who were registered early. And, infrequently, it can be a matter of somebody not passing a security clearance,â€ Silverman says. Â But the most common cause, in his words, is â€œpoor judgment.â€

Majaliwaâ€™s case was different because he elected to leave his children behind with their mother. (Their separation was not a result of the bureaucracy of resettlement.)

Family separation during resettlement complicates the process for everyone involved. Â â€œItâ€™s easier for them to be approved as a whole group,â€ according to Silverman.

Aside from the physical and emotional tolls that separation can take, there are also logistical issues upon resettlement. â€œWe, in particular, encountered a problem with the Burundians, in that in a number of cases. The older parents were approved for resettlement but the children were left behind,” says Silverman.

Families often depend on children who learned English in school to break down the language barrier. Resettlement becomes more difficult for their parents in their absence.

Fortunately, some families can be reunited and eventually resettled together. After three years in Kenya and resettlement in Chicago since 2007, Majaliwa was able to track down his other children at their camp in Tanzania. He says they were being cared for by other Congolese, and have been approved for resettlement in the United States. They are just waiting for their visa interviews and airfare. He expects to be reunited with them in the near future.

â€œWhen I see them, it will be a great joy, a happiness back in my life,â€ he says.Â  â€œI will never forget that day.â€