What issues are involved in educating the children of refugees?

[Read the full profile at Damodhar Dhakal: Finding the time to adjust in the States]

Yamuna Dhakal started kindergarten in September. She knows her ABCs and how to work an iPhone. For the most part, she enjoys going to school.

But this 5-year-old isnâ€™t the typical Chicagoan student. Born in a refugee camp in Nepal, Yamuna moved here with her father, Damodhar, and mother in March 2009. Although Damodhar speaks English well, Nepali is the language of choice at the Dhakal home, making it hard sometimes for Yamuna to communicate with her peers at school.

â€œLanguage is a major barrier to communication between school and home,â€ according to an Illinois Board of Education report addressing refugee and immigrant education. Even though many refugee families are bilingual, the children often have trouble fully integrating themselves into an English-speaking environment.

Merle Greene, a college readiness coordinator at the International Institute of Minnesota, an agency that serves refugees and immigrants in the Twin Cities, says she thinks a major obstacle for refugee children is that they donâ€™t hear as much English at home as other families.

â€œSome struggle because children in an English-speaking home pick up a large range of passive vocabulary from their parents,â€ Greene says.

Though it may be more difficult for refugee children to adjust to a learning environment in which English is the dominant language, Greene says that the positive benefits of being bilingual often outweigh the negative. 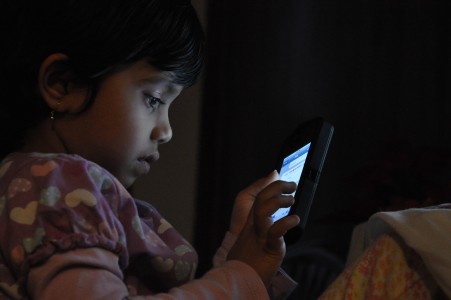 Despite the language barrier, refugee students are often enthusiastic about going to school.

â€œEven if she has a doctorâ€™s appointment, after seeing the doctor, she wants to go to school,â€ Dhakal says of his daughter. â€œShe is very interested in the school all the time.â€

Greene has witnessed similar attitudes toward learning across refugee communities.

â€œThis is a population that is just hungry for knowledge. You are not going to see generation after generation in poverty,â€ she says. â€œThese folks are going to climb fast.â€

Still, adjusting to the learning environment presents its share of challenges.

After spending time in refugee camp schools, many children struggle to understand the ins and outs of American classrooms. For some, peer collaboration and more lenient teachers make the class seem chaotic and harder for them to excel at first.

â€œWhen you are raised in an environment where everything is very rigid and you get to someplace thatâ€™s not, itâ€™s easy to think there are no rules,â€ Greene says. â€œIt takes a lot of observation and time for those kids to figure out, there are rules.â€

Other differences between the educational systems of the refugee camps and the United States hinder some childrenâ€™s progress after resettlement. In many other parts of the world, schools do not place a strong emphasis on critical learning skills; instead they stress rote memorization.

Unlike older refugee children, Yamuna never experienced formal education in a camp so she does not face these setbacks. However, there are other difficulties standing in the way of success.

However, many refugee parents, including Yamunaâ€™s mother and father, work long hours, making their involvement difficult.

â€œIf we have time then we can give it to our baby, but you know, I am busy with a job, and we donâ€™t have time to give,â€ Dhakal says.

Regardless of the obstacles standing in the way of Yamunaâ€™s education, Dhakal remains determined to do all that he can for his daughter.

â€œI want to make my daughterâ€™s future bright,â€ he says.