What’s in an Italian Name? 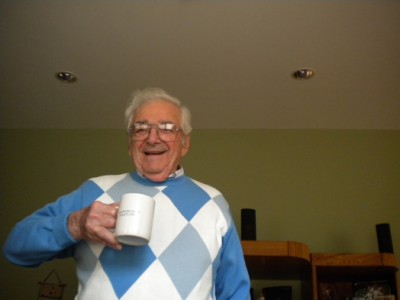 â€œThanks Fruitstand,â€ echoes from our mouths as we laugh together, seated at the kitchen counter. My grandfather, who had just served us dinner, smiles and tells us to feed our faces, a favorite phrase of his at dinnertime. Throughout the meal, my siblings continue to call him Fruitstand and laugh while they eat. Eventually, I tell them to stop and leave Nonno (the name we usually use for our grandfather) alone.Â  I can tell he appreciates my protest, but rather than agree with me he tells us he doesnâ€™t mind. As long as weâ€™re picking on him, he says, weâ€™re leaving somebody else alone.

My siblings were not the first to call my Nonno â€œFruitstand.â€ A group of second graders more than 75 years ago came up with the nickname because they could not pronounce his real name, Feruccio. For them, â€œFruitstandâ€ was a close enough alternative to use for â€œthe foreign kid.â€

Struggling to learn English at the time, my Nonno didnâ€™t know that they were teasing him with the nickname. Eventually, his second grade teacher asked the class to find a new, nicer name to use. They voted and chose Fred.Â  From then on, outside of his immediate family, my Nonno went by Fred. He had â€œa.k.a. Fredâ€ added to his legal name as an adult.

My Nonno, Feruccio Bisaro, immigrated to the United States in 1930 when he was 5 years old. After a brief stay at Ellis Island because he had contracted the chicken pox, my Nonno and his mother, Angela, joined his father in Detroit. My great grandfather had come to the United States three years prior and secured a job at the Detroit Edison Company, where he obtained the position of general manager before his retirement.

Because his family only spoke Italian at home, my Nonno struggled to learn English throughout most of his schooling. Thus, he continued to be â€œthe foreign kidâ€ and remained alienated from his classmates, even during high school. 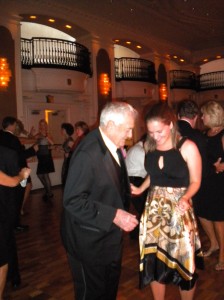 Nonno and I dancing at my oldest cousin's wedding, September 2010.

â€œYou know how kids are,â€ he said as he reminisced one afternoon. â€œIt hurt at the time, but I was young.â€

While his peers no longer call my Nonno â€œFruitstand,â€ he now has 14 grandchildren who enjoy using the nickname. Often, he gets birthday or Christmas cards from us with pictures of fruit or of fruit stands. The nickname lives on.

I can only remember one or two occasions in which I heard my Nonna, my grandmother, call my Nonno Feruccio. If anyone, I would think that sheâ€™d be the one to carry on the use of his Italian name.Â  Sometimes my dad or my uncles will use the name, but itâ€™s often when theyâ€™re laughing about something.

When I was 13 and it came time for me to make my Confirmation, I asked my Nonno to be my sponsor.Â  At Â Confirmation you choose your religious name that will essentially become a second middle name. I wanted to pick a name that would be important to my Nonno, to let him know how much I cared about him. I waited for the right moment to tell him I had chosen the name Angela, in honor of his mother. I told him over the phone, and as his voiced choked up in gratitude. I knew he was smiling.