The silence of diabetes threatening the health of the African community

Abdirahman Obste, a Somali entrepreneur, never realized the intensity of diabetes in the African community until he became witness to it several years ago at his former downtown Chicago restaurant. Now owner of Simple Mobile on Broadway and Elmdale Street, he recalls the time a customer leapt over the counter to grab what he called an â€œinedible muffin.â€ 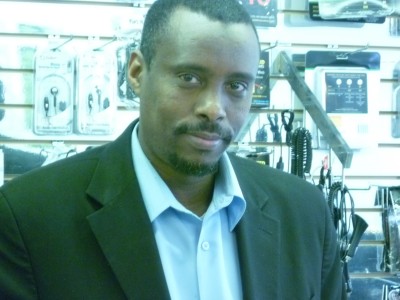 The customer begged and pleaded for the muffin that was about to be thrown away. Obste refused as he did not want to endanger the manâ€™s health. Little did he know, the manâ€™s health was already in danger and, to his surprise, the man seized the muffin and ate it, only to sigh in relief.

â€œHe told me that if he had not eaten it, he would have died,â€ Obste recalls. â€œThat was my first experience with someone with diabetes. You donâ€™t hear about it often because the community seems to be ashamed by it.â€

Diabetes, however, is nothing to be ashamed of as the Centers for Disease Control and Prevention estimates that 25.8 million people in America (8.3% of the total population) have diabetes. For non-Hispanic blacks, the rate is 12.6%, the highest among any racial and ethnic population in the United States. As for African immigrants and refugees, the CDC cluster African-Americans and African immigrants and refugees together in their data.

â€œThere is no data to tell you the truth,â€ emphasizes Dr. Alvine Laure Siaka of African Health Action Corporation in Minneapolis, a community based organization that provides low cost or free health services to many African immigrants and refugees. Now one of few organizations in the U.S. specifically researching barriers to health care for diabetics within the African immigrant and refugee population, the AHA works extensively with these hard-to-reach populations.

When itâ€™s time for policy to be made and eventually implemented, policymakers will have a difficult time to appropriately address the unique problem of diabetes in these African communities. However, such policies changes will Â have to tackle the day -to-day issues that many already face. 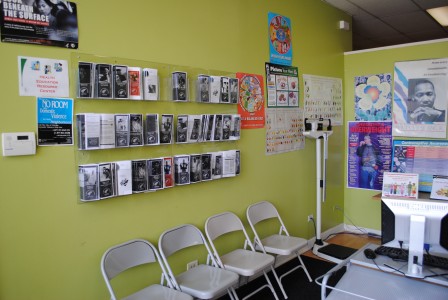 Health pamphlets offered at the Pan African Association come in most common African languages, including French and Wolof.

Claire Mukundente, health interpreter at the Chicago Uptown Clinic and the Pan African Association, recollects the account of an African immigrant who lost her eyesight due to a lack of treatment. A personal history muddled with no medical exams and little knowledge of healthy dietary alternatives left little chance for the woman to prevent her blindness.

The woman went completely blind shortly after her diabetes diagnosis at the Chicago Uptown Clinic. â€œIt was too late to do anything after she came in,â€ Mukundente says.

Diabetics can develop a condition known as diabetic retinopathy, a disease affecting the blood vessels of the eye, which can lead to impaired vision and blindness. Common symptoms of diabetes also include excessive urination, increased thirst and appetite, unusual weight loss, fatigue, and irritability.

On average, individuals diagnosed with diabetes do not experience complications until 15 years after being diagnosed. Complications often never arise, with good treatment and regularized protocols. However, the resulting complications from diabetes include kidney disease, amputations, blindness, and heart disease.

Itâ€™s not only the African community that is often left uninformed of the scope of the problem. Dr. Siakaâ€™s current research focuses on the speed with which diabetes complications arise among African diabetics. From her recent study, African immigrants and refugees are experiencing complications within 2-3 years of being diagnosed with diabetes. With no type of data supporting the susceptibility of diabetes in the African community, it is difficult to convince people that what they may see as a taboo, is in fact affecting many of those around them.

â€œItâ€™s shocking and these numbers arenâ€™t showing up anywhere on any census data,â€ Dr. Siaka says.

â€œThe census is crucial to our contacting and affecting the African community,â€ Alie Kabba director of the United African Organization confirms.

Dr. Siakaâ€™s findings and final report is scheduled to be released in June. She hopes that her research will not only advocate a change in census reporting, but also shift the focus on the particular needs of each community.

If census data fail to distinguish the difference between African-Americans and African immigrants and refugees, both communities and their unique needs will be overlooked.

â€œCulturally appropriate methods of health care need to be taken into consideration. Treatment isnâ€™t the problem,â€ Dr. Siaka says. â€œItâ€™s about how the treatment is presented.â€

Currently, the United States Citizenship and Immigration Services provide a mandatory medical checkup for immigrants when they first enter the U.S. Maza Mangesha, a public health expert for 19 years at the Chicago Uptown Clinic, has seen many of these African refugees and immigrants come through the clinicâ€™s doors for these mandatory checkups. 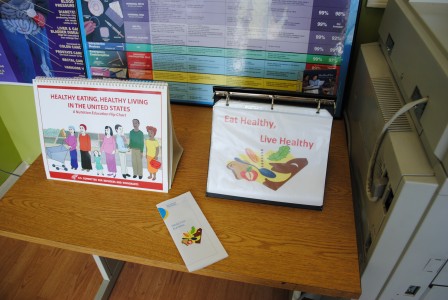 â€œMost people didnâ€™t have diabetes before they came for their checkup so something must be happening when they come to live here,â€ Mangesha says, Â â€œbut Iâ€™m not 100% sure what it is.â€

Diabetes is often triggered by various risk factors such as obesity, family history, diets high in sugar and oil, and low physical activity. To Mangesha, cultural adjustment appears to be the main problem for African immigrants and refugees.

â€œPeople used to work in the farm or travel far to get food and other goods, but now most of them live a sedentary lifestyle, especially the older ones,â€ she says. â€œMost people just donâ€™t move as much as they did before they came here.â€

The rate of diabetes complications has left the African community perplexed and sometimes ashamed, but not helpless. Â Organizations, such as the Pan African Association in the Edgewater neighborhood, offer free private health checkups and workshops for the surrounding community.

Elsa Woldegarima, health promoter at PAA, makes several house visits to clients to ensure that healthy choices are made while grocery shopping. Often served in large portions, traditional dishes are filled with unhealthy ingredients such as palm oil. She concedes that some traditional African foods such as fufu, a West African staple, or wot, Ethiopiaâ€™s national dish, provide a sense of attachment to peopleâ€™s respective culture. 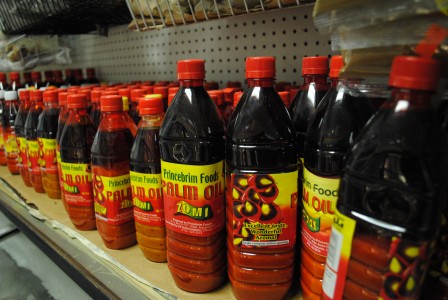 The shelves at this African specialty shop are lined with palm oil, a common unhealthy ingredient in traditional African dishes. (Photo by Jeremy Intal)

â€œBut you cannot just rip someone away from what they know best, so we have to teach them to modify their dishes,â€ says Woldegarima.

A life without diabetes starts with prevention so community leaders like Dr. Erku Yimer, director of the Ethiopian Community Association, have focused their efforts to spread the word about living a healthy lifestyle through hosting workshops, providing pamphlets and organizing health fairs.

Diabetes is not a visibly noticeable disease like obesity and other health ailments so it presents a unique challenge for African immigrants and refugees in the U.S., a country known for its unhealthy diet. This allows for many to remain silent about their health issues.

The economics of diabetes

Diabetes is not only a health issue. Itâ€™s an economic one, too. The CDC estimates that the cost of treating a patient with diabetes without complications is about $12,000 a year. With complications, the total goes up to $30,000 a year. For members of the African community who may often find themselves without insurance, treatment is not an option and neither is preventive care.

â€œUnder-employment, not unemployment, is the problem,â€ Kabba says. Under-employment often means low paying jobs with no work-based insurance. Word-of-mouth can only go so far and the voice of a trusted, affordable doctor provided by a medical plan at work is irreplaceable.

Even without a doctor, common testers of blood sugar levels essential to determining food intake for diabetics are too expensive for individuals with low paying jobs. These testers are often covered by private or work-based health insurance. 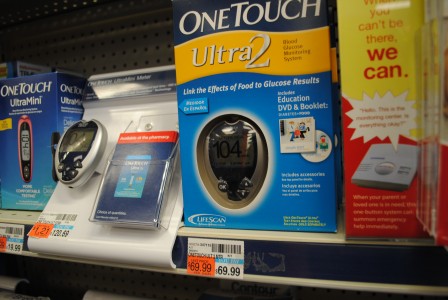 Testers for blood sugar levels often range from $30 to $70. (Photo by Jeremy Intal)

Low cost health clinics do what they can to serve as the communityâ€™s band-aid solution. Cost effective resources such as the Chicago Uptown Clinic and the Touhy Health Clinic offer much needed support. Both Kabba and Woldegarima identify the difficulties faced by the African community in terms of transportation and the backlog Â in the Cook County Health and Hospitals System. For African immigrants and refugees living on the city’s north side, these smaller, more convenient health clinics with shorter waiting periods offer some relief. â€œThereâ€™s still a wait, but the wait is shorter,â€ says Woldegarima. Prevention and treatement of diabetes is not as bleak as it may seem.

Locations such as the Chicago Uptown Clinic offer an affordable option for the surrounding community, charging patients based on a percentage of oneâ€™s income. Health interpreters are readily available at the clinics too. Resources like these help reassure African immigrants that they are not alone in their fight against diabetes, but the solution is not simple.

Community organizations are continue to break the silence about diabetes and spread as much information into the community as possible. â€œItâ€™s a struggle,â€ Kabba says. â€œBut that means thereâ€™s a lot we can still do.â€