Shakor Ahmed: Searching for religious fulfillment from Iraq to Chicago

Shakor Ahmed sits in the middle-back pew of the Jefferson Park Lutheran Church and reads his hymnbook quietly. The congregation around him sings along with the organist, all chorusing â€œshine, Jesus, shine.â€ 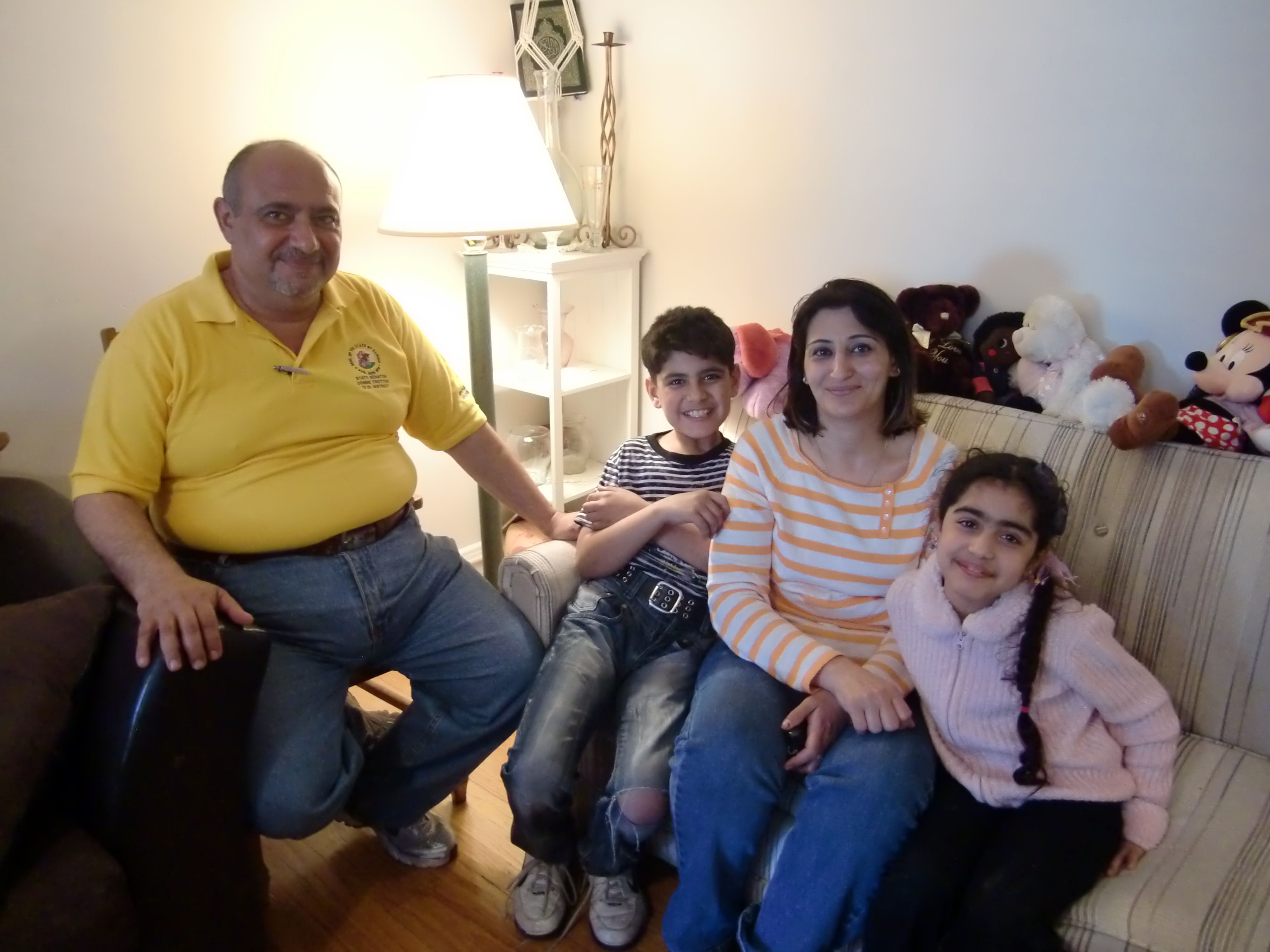 Ahmed, originally from Iraq, came to the United States seven months ago with his wife Sarab and three children; Humam is now 10, Afnan, 8 and Mustafa, 2. He was raised in Sunni Islam, and still considers himself a Muslim. While some refugees and immigrants are trapped within their ethnic and cultural communities, disinclined to change if they wanted to, Ahmed experiences freedom in America to explore other faiths and to rebuild relationships between Iraqis and Americans.

â€œ The people who are leaders now, they made the difference between Christians and Muslims, they made the people kill each other,â€ Ahmed says. Ahmed considers many of them to be little more than thieves.

Ahmed says that, for a brief time, Americans and Iraqis trusted each other, especially at the beginning of the war. He tells a story of his first encounter with American soldiers in Baghdad, serving them tea as one of the soldiers took out photos of his kids. They reminded him of his own children.

The religious and political disputes among Iraqâ€™s leaders have destroyed the relationship between Iraqis and Americans, Ahmed says.

â€œI hate that political is related to the religion,â€ he says.

He says many political leaders have tried to make uneducated Iraqi people believe that America has stolen their oil, and as a result, many poor Iraqis now hate Americans and even Christianity. People who worked for American companies were kidnapped and killed, he says.

In 2005, Ahmed was working as an electrical engineer for Parsons, an American engineering and construction company. He was afraid to stay in Iraq and worried about the safety of his entire family.

â€œIf they know that I worked with the Americans, they took me, if they not kill me, they buy me to another land, and they kill [me],â€ he said.

In 2009, Ahmed applied to come to America through the International Organization of Migration, and after a series of interviews, he and his family arrived in Chicago in December of 2010.

Many refugees in America struggle with â€œenforced multiculturalism,â€ according to Don Barnett, a fellow at the Center for Immigration Studies. This means that there is no assimilation model to help refugees adapt to American culture. Because many refugees live in the same ethnic enclave, Barnett says they are trapped within their own culture and cannot get away.

â€œTill now, I didnâ€™t believe only one thing,â€ he says.

Ahmed says the actions of certain Muslims like Osama Bin Laden made him question Islam. He says he cannot even look at a chicken being killed, let alone seeing people kill each other under the name of religion.

â€œIf there is a difference between us, let us talk about that, not by battling or killing. Why, why?â€ he asks.

Ahmed says he understands that Islam theology is not all like Bin Ladenâ€™s and there are also many Muslims who do not agree with Bin Laden.

In America, however, Ahmed says he is more comfortable with the community of a church rather than that of a mosque. He says he has only been to a mosque once to get a piece of free meat.

â€œTo mosque, till now, not to prayer, no, to get this piece of meat,â€ he says. â€œWe didnâ€™t like to go to mosques, we didnâ€™t like, by chance we have two mosques close to us. We didnâ€™t go.â€

On the other hand, he has gone to a church in Jefferson Park almost ten times, and says he has found a community there that is like family.

Although Ahmed attends Sunday services, he says he cannot understand the English sermons very well. He has had an Iraqi pastor comes with him to the service and translates the sermon for him.

Despite language barriers, Ahmed says he prefers American churches as compared to Arabic ones.

â€œSome church, especially Arabic church, they show dislike to Islam. So they make me hate these places,â€ he says.

Ahmed says he also prefers friendships with Americans to those with Iraqis. He says he has met a lot of Iraqis who are dissatisfied with America and talk about how Iraq is better.

â€œIf you didnâ€™t like America, why didnâ€™t you return back? Who touch you?” he says.

Ahmed says he hardly interacts with Iraqi or Arabic people, though some of them live in his building.

â€œI trust only my family and most of Americans but I didnâ€™t trust on Iraqis,â€ he says.

While he is appreciative of the church community, Ahmed says he is still unsure of the Christian faith. Despite the uncertainties, Ahmed says he is thankful for the freedom to try out and choose different faiths in America.

In Iraq, people categorize you by asking many questions, such as where youâ€™re from, if youâ€™re Muslim or Christian, Sunni or Shiâ€™a Muslim, says Ahmed.

â€œIn Iraq it is impossible to switch from Islam to Christian or to Jewish or to other religions, â€œ he says.

In America, Ahmed says people have the freedom to choose whatever they believe. Within his household, he says he wants to give his children the same freedom.

â€œI love for them to choose anything they want,â€ he says.

As for himself, Ahmed says he needs time to understand the Christian faith through his church community.

â€œThe change is on the inside, not just outside,â€ he says. â€œ When I reach the truth, I change everything.â€