Giving more than a book to a child

[audio:https://immigrantconnect.medill.northwestern.edu/wp-content/uploads/2011/11/About-You-Narration-Karen-for-site.mp3] Listen to Karen tell her story – Giving more than a book to a child

A bratty 11-year-old, me, jeers at his sloppy attempt from the backseat, self-confidently pointing out that the correct pronunciation of the French â€˜râ€™ requires a soft, gravelly roll of the tongue. 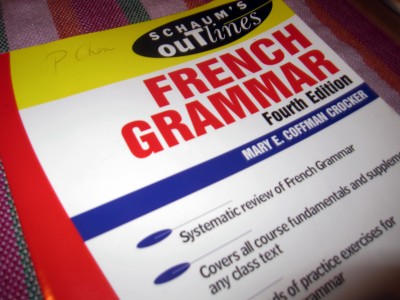 â€œSuan le â€“ wo tai lao le,â€ he tells me in Mandarin. â€œForget it â€“ Iâ€™m too old for this.â€ I roll my eyes and mutter, â€œYouâ€™re too old for everything.â€ Slumping back into my seat, I groan preemptively for the lecture I know is to follow.

At the age of 46, my father is conquering language number three. Born in China toward the end of the Cultural Revolution, he relied onâ€“in his oft-repeated wordsâ€“his determination, persistence and perseverance to be one of the first students selected to complete a degree in Canada, where he and my mother eventually naturalized. Working as public servants for the federal government, there comes a point at which Canada requires all employees to be functionally bilingual in both official languages – English and French.

Decades after my father had tackled English, he was back to carrying around a dictionary â€“ this time French – in his back pocket and this time a little more coffee-stained than tea-soaked. â€œDonâ€™t laugh,â€ he says, giving me a paternal look via rear-view mirror, â€œI donâ€™t laugh at your Chinese.â€

Itâ€™s true. Shamefully true. Having grown up in Ottawa, I am fluent in French. English is my mother tongue. My Mandarin, on the other hand, is less than stellar. Through listening to my parents chatter and occasional Saturday Chinese classes that I took half-heartedly, Iâ€™m conversationally acceptable (as long as we donâ€™t dabble in philosophy or political theory) and about 100 characters above illiterate. Mandarin requires 2,000 to read a standard news story.

Like many second generation immigrants, the language of my heritage is foreign to me. I stumble through the first line of my motherâ€™s high school diary but I can read Sartre in French with confidence. Even after our family moved to Beijing and I had the chance to immerse myself in Chinese, I struggle to grasp the language that narrates my parentsâ€™ childhoods. I grew up in English. As I move forward, mastering Mandarin has become more important to me.

My parents have since passed their respective French exams with marks equal to their Canadian-born colleagues. They continue to work hard to serve the country they’ve called home for 25 years. Itâ€™s inspiring and itâ€™s the tale of many hyphenated Canadians.

As I watch my parents wrestle their tongues into obeying the rules of French pronunciation, feelings of respect and gratitude stir the propulsive power in my gut. I know I inherited that driving force from my parents. I have an unquenchable curiosity for the world and a resolute need to do something good. My parents provided me with the opportunity to grow up speaking three languages. Still, they strive to improve and learn new skills that position them to be the best Canadians they can.

â€œSee, Iâ€™m old and I still conquered three languages. You have to beat me,â€ my father challenges, ending his lecture. I will, Dad. After all, â€œTu as donnÃ© un livre Ã  un enfant.â€ You have given a book to a child. 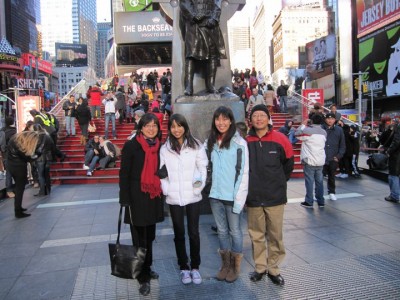