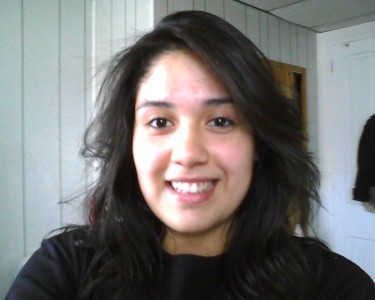 Isamar works at Taqueria Jimenez. She is saving up her money to go to school to become a medical technician.

Senior year of high school lives on in my mind through a vivid collection of memories and experiences. It was my first time contracting senioritis. Along with 97.8% of the graduating class, I developed an apathetic attitude that was fueled by an abiding philosophy that can be summarized in the following statement: Why should I care anymore?

I was almost out of high school and I was so ready to get out. Classes became less about learning and more about getting the minimum amount of required work done to pass. Our teachers were passionate, but our senioritis was fairly severe.

Spring of 2010 was particularly distinctive because it was when students were receiving their college acceptances and/or rejections. We were all excited to hear about one anotherâ€™s prospective universities.

I remember turning around in my seat to ask Isamar where she was going. She immediately frowned and rolled her eyes.

Did I say something to offend her? All I wanted to know was where she was going to school.

I repeated my question and received an abrupt, livid rebuke: I DONâ€™T KNOW!

Followed by a sarcastic: OKAY?

I retaliated with a sarcastic apology.

I didnâ€™t understand why she wanted to keep it a secret. I presumed that she had not been accepted to any post-secondary institution.

That couldnâ€™t have been possible. I’d known Isamar for four years. She was bright, well-rounded, and charismatic. She had always been in advanced placement and was academically ranked within the top 50 students of our nearly 900-student class.

During French class, later in the day, I apologized for my insensitivity. Isamar told me that she was not rejected from any university because she hadnâ€™t applied to any. She was undocumented, she told me. She immigrated to the United States from Jalisco, Mexico, when she was 2 years old.

In Isamarâ€™s case, being undocumented meant that she was ineligible for federal financial aid and, in turn, unable to pay for post-secondary education.

I was frustrated. I suggested that she speak with a guidance counselor or the schoolâ€™s college adviser.Â  She told me she had tried both options and that there was nothing she could do. She was able to apply for some scholarships but none that would be enough to fully cover her financial need, especially if she were to apply as a non-resident.

My mother came to Pennsylvania from Puerto Rico. Language barriers limited her economic and social progression. Yet as a Puerto Rican, she was a citizen of the U.S. She constantly reminds me of the adversity she faced and I am blessed to have had such a hardworking, inspirational, and caring parental figure as a guide and role model. Although she got off to a rough start, she was granted access to U.S. federal aid and programs that helped her get on her feet.

Often immigrants come with aspirations for themselves and for their children. They have hopes of receiving higher education, achieving social mobility, and pursuing the American Dream.

I look back at senior year of high school and think about how careless and ungrateful I was. I am lucky to have been granted the opportunity to live in this country, to receive protection and support under federal law, and to attend Northwestern University.

Isamar’s older sister would help her with homework while her mother, who doesn’t understand English too well, would sit next to her and pull her by the ear whenever she lost focus or stopped doing her school work. Â The constant ear pulls motivated her. Â She worked hard. Â She was in AP classes throughout high school, actively involved through the Future Business Leaders of America club, and managed to graduate 30th in our class.

One of the few people whom I can think of who did not contract senioritis was the one who, despite her diligence and determination, is still in the same place she has been in for the majority of her life – working at her uncle’s taqueria in slummy Reading, Pennsylvania, trying to saving up money, hoping that one day she’ll make it to college. How is that fair?