Twelve years and out: The wrench of being denied asylum 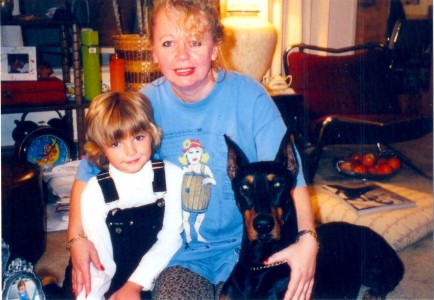 Nadia and me in 1997 with a friend's doberman, Max

Since I can remember, going to Nadiaâ€™s house was an adventure.

Although she was older than my parents, she had the carefree spirit of a child and a heart more generous than anyone I had ever met. I would invariably leave her house with treasures she would dig out from her closet; beautiful broaches, sparkling bracelets and other trifles that she collected to share with loved ones.

When I was 16, it was my turn to give her something in return, a pale pink ceramic candleholder I had made in my school art class. It was my best work and it was a going-away present. Nadia was leaving for Romania. She didnâ€™t know when she could come back.

Nadia had been in America longer than my parents and I had, for about 16 years at the time, since just after President Nicolae Ceausescu was executed and the Communist regime that had ruled over Romania since World War II finally fell.

She was an esthetician and had recently opened a business in Sausalito. She always smelled wonderful and she made friends wherever she went because of her warm smile and unassuming manner.

Her going-away party was packedâ€”her apartment filled with people from all over the bay area, young and old, who came to say goodbye to an old friend. No one knew if they would ever see her again.

Nadia came to America seeking political asylum because of the persecution Romanian citizens faced in the aftermath of the fall of Communism. Many Romanians took the opportunity to leave the country in those subsequent years.

Her plea for asylum remained pending for 12 years, during which time she had secured a job in California, rented an apartment and gotten married to another Romanian. Then she received word that her petition for asylum was denied. Romania was part of the European Union at this time and U.S. Citizenship and Immigration Services decided that she could no longer justifiably fear persecution.

So Nadia had to go back home to a place where she had no relatives or close friends, where she had no place to live and no job. Her husband, Petre, chose to stay behind. They had married after he was granted permanent residency. In order for Nadia to ever return, Petre had to stay in America and get his citizenship.

Saying goodbye to Nadia was my first exposure to the dark side of immigration in the United States, to the ruthless laws that leave little room for interpretation, and that divide families and destroy lives.

I had never thought of myself as a guest in the country I lived in. I knew I was different from the kids at 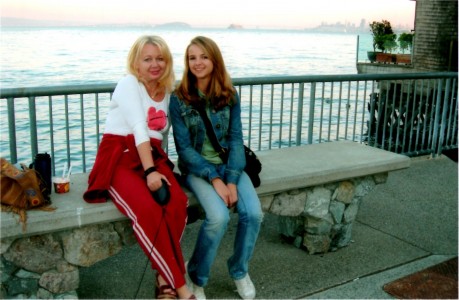 school because I spoke a different language at home and ate strange food. I moved to the United States from Romania when I was three years old, and was known as â€œthat weird Romanian girlâ€ for most of grammar school. The schnitzel sandwiches I brought to school for lunch didnâ€™t help.

But until Nadia was forced to leave her life in America, I was unaware of the very thin line many immigrants walkâ€”between two worlds and two different and often incompatible lives.

For the first time I became mindful of what it must feel like to watch the life you diligently built for years fall apart and slip away altogether.

Nadia was gone for two-and-a-half years before Petre got his citizenship and she was allowed to return. She still owns her esthetician business in Sausalito, and as far as I know she still has that candleholder I gave her before she left.

I havenâ€™t seen her since sheâ€™s been back, but Facebook and my mom tell me sheâ€™s doing well and has a new dog, a Chihuahua named Lola. I hope someday she reads this.