The end of an era: Russian refugee Victoria Shelegina beats the clock 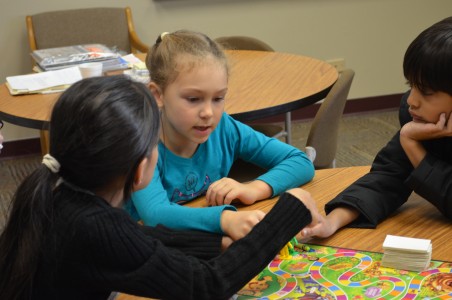 With the help of a volunteer, a group of kids start a game of Candy Land. The game board is missing some pieces. Thereâ€™s no Princess Lollipop, so Kira Shelegina, a 5-year-old refugee from Moscow, is a green crayon.

When itâ€™s Kiraâ€™s turn to go, she reaches for a green game piece instead of the crayon, and is quickly corrected by another young girl in perfect English.

When her turn comes back again, she makes the same mistake.

Kira doesnâ€™t speak English yet, and while her hazel eyes stare at the board searchingly, the instructions are lost on her.

Kira immigrated to Skokie from Moscow only a few months earlier, on Sept. 1, with her parents, Victoria and Ilyaas Shelegina. The move was nearly 14 years in the making and just in time, for by Sept. 30, the U.S. would no longer process Russians claiming refugee status. 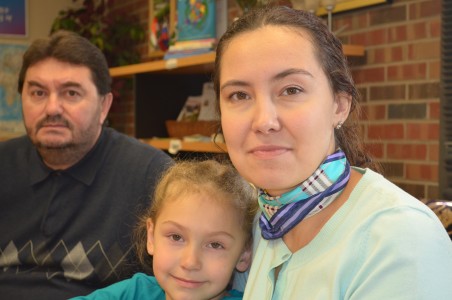 Ilyaas, now 54, and his family were initially offered asylum in 1997, a way to escape their Soviet-controlled home of Belarus. And while Ilyaasâ€™ mother, father and siblings left their home in the USSR, Ilyaas stayed behind in Moscow.

â€œDuring the late â€˜90s, everything was a mess,â€ explains Victoria, now 32. The people were still feeling the effects of Peristroika and Glasnost â€” political reforms that would restructure the Soviet Union before its fall. The period left the people in want of resources that were once assured.

At the time Ilyaas didnâ€™t want to leave Russia. Victoria explains that he was young and working as a civil engineer in Moscow. He had opportunities available to him.

Victoria, born in Soviet-era Ukraine, graduated from the prestigious Peopleâ€™s Friendship University of Russia in Moscow with a corporate and business law degree, and worked as the head of the legal department at a Russian human resources company. While she and her husband enjoyed their life in the developed and growing Moscow, a lot can change in six years

Kira was born Nov. 17, 2005, in what Victoria describes as a very different Russia than what it is today.

â€œIn the last five years it was a mess. It was different,â€ Victoria says. It was during Vladimir Putinâ€™s second term as President. Victoria recalls it as a time when Russiaâ€™s political and governmental reforms were leaving the country reeling.

â€œThey donâ€™t even try to hid the fact that itâ€™s not a democratic country,â€ says Victoria. And democracy is what Victoria wanted to raise her daughter to respect.

â€œThe focus [in the schools] is shifting on civil responsibility,â€ says Victoria. According to Victoria, the Russian government took reading and writing out of the schools and instead put in patriotism and physical fitness. 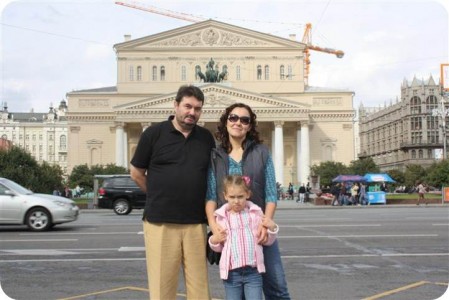 Moscow itself had become a dangerous city.

Victoria explains that even though they lived in a good part of the city, they still lived every day in fear. Whether it was from gangs, the persistent threat of terrorism or random violence, feeling safe was impossible for Victoria and her family.

In September 2010, Victoria and her husband were invited to come to the U.S., and with the Russian refugee program expiring in May 2011, the family had exactly one year to arrive in the U.S.

Before itâ€™s too late

The U.S. has had a long history of finding policy wedges to welcome Soviet bloc refugees. The Immigration and Nationality Act Amendments of 1965 created seven preferences for the Eastern Hemisphere, including one that set aside more than 10,000 places for refugees, defined as persons fleeing communist or communist-dominated nations or the Middle East. Thousands of Soviet Jews entered under the new laws. In 1975, the Jackson-Vanik Amendment tacked onto a trade bill tied commerce between the two countries to Jewish immigration from the USSR.

Almost 15 years later, in 1989, the Lautenberg Amendment re-focused U.S. immigration policies on persecuted religious and ethnic minorities of special interest to the United States, in particular those from the Soviet bloc and Iran. The amendment was renewed on an annual basis, until this year, when it expired on May 31. Russians were advised to have their paperwork in by a May 31 deadline and to enter into the U.S. by Sept. 31, or risk not being able to claim refugee status.

For the Sheleginas, although their paperwork claims freedom of religion abuses, religion â€œwasnâ€™t important,â€ says Victoria. â€œThe reason our familyâ€™s immigration wasnâ€™t religious,â€ she says, is it was for Kira.

Thereâ€™s a pride and respect here in the U.S. that doesnâ€™t exist in Russia, explains Victoria. This is something that attracted her to the U.S. and excites her that Kira will be growing up in such an environment.

Although rebuilding a life in the U.S. has been hard for the once successful professionals, it has become possible by following a set of goals. â€œI was preparing to the worst,â€ Victoria says. â€œNow I can say that our family’s adaptation is better than I was thinking about. Of course, it’s not easy, but it’s possible.

[audio:https://immigrantconnect.medill.northwestern.edu/wp-content/uploads/2011/12/notmoscow.mp3] Though only here a few months, Victoria thinks they’re here to stay

Victoria hopes that Kira will fit in as an American growing up in America, just with a Russian heritage. Kira will speak her Russian with an American accent, Victoria envisions, but always remembering the place and the values that she comes from.

The move to the U.S. in the name of Kira has given the family a new perspective. It has made Victoria re-evaluate her Russian education and work hard to become an American lawyer.