Whoâ€™s the new girl? I think, walking into my first period French class. Sheâ€™s facing away from me, talking quietly with our 8th-grade homeroom teacher. I eye her black, rhinestone-studded tank top and the cute, silver sandals that peak out from her bellbottom jeans. Walking closer, I realize thereâ€™s something familiar about the dark-haired girl. Is thatâ€¦Nasreen*? Canâ€™t be. Whereâ€™s the Shalwar Kameez â€“ the long, shimmery tunic and billowy pants â€“ she always wears? The girl turns. I stare, speechless.

But in one way, we were completely different. I was born and raised in the United States; Nasreen emigrated here from Pakistan when she was three years old. For me, her ethnicity was never an issue. She was just my smart, goofy friend, with whom I could giggle and gossip for hours. Nasreen may have had darker skin and a slight accent, but I rarely thought of her as anything but American. In fact, her knack for quoting movies and her knowledge of pop culture rivaled that of any of our classmates.

Outside of school though, Nasreen was anything but a typical teenager. Her family adhered to a very rigid set of values and beliefs, and her dad, in particular, was extremely conservative. He questioned American-style dress and regarded all non-academic activities as frivolous. He believed that her job was solely to learn her lessons, and that a womanâ€™s job was to care for the men in her life. Nasreen wasnâ€™t allowed to invite friends over, nor could she hang out at other peopleâ€™s homes. She had to cook elaborate meals every night and do housework that went way beyond the norm.

Unlike her siblings, who were much older and had grown up knowing nothing but the Pakistani lifestyle, Nasreen got a taste of â€œfreedomâ€ at school each day. She saw other girls wearing stylish clothes and experimenting with make-up. She listened to friends as they regaled of their latest Friday night trip to the movies or Saturday afternoon shopping spree at the mall. 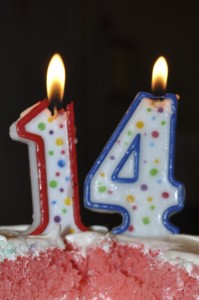 For a long time Nasreen obeyed her father. She followed his rules without question and fulfilled her role as the perfect daughter and student. Then, something changed. It was right around the time of our 14th birthdays. Nasreen knew she would never be allowed to have a party of her own, so we decided to celebrate together at mine. We planned to go disco bowling at a local alley. Just five of us, all girls, chaperoned by my mom. In terms of parties, the tamest of the tame.

But Nasreenâ€™s dad said no. Absolutely not. No discussion. Just no. Even a call from my mom explaining the situation wouldnâ€™t change his mind. I was angry and frustrated, but mostly defeated. I knew about the circumstances of Nasreenâ€™s home life, but for the first time I realized just how different our lives truly were. She was my best friend, the person I could tell anything to, but there was also a part of her I could never relate to.

Heartbroken and furious about not being able to go to the party, something inside Nasreen began to change. She had never before been ashamed of her heritage, but here she was, standing before me in homeroom, wearing contemporary, American-style clothes.

And so began the start of her double life. Before first period each day, Nasreen would change out of her traditional clothing, stuff it to the bottom of her backpack, and put on some eye shadow and lipstick. She forged letters that spoke of afterschool study sessions and group assignments â€“ all alibis for the time she spent at volleyball and track practice. She stashed forbidden magazines, such as Seventeen and Cosmo Girl, in her locker and poured over them at the lunch table. She sent love letters to boys and vowed never to have an arranged marriage like her older sisters.

At the time, I admired Nasreenâ€™s defiance. She had such a strong sense of identity â€“ one that she wasnâ€™t afraid to fight for â€“ and I envied her knowing exactly who she was and what she wanted to be.

Years later, my feelings would change somewhat. I still respected Nasreenâ€™s choices, but also began to feel sorry for her. Sorry for the childhood she never had, and sorry for the struggles she was forced to endure when it came to straddling Pakistani culture and life in the United States.

Nasreen and I drifted apart after high school. We went our separate ways in college and, for no particular reason, eventually lost touch. Through mutual friends, I recently heard that Nasreenâ€™s â€œAmerican-nessâ€ had led to irreconcilable differences with her father, causing a permanent rift between her and her family.

Unfortunate as this is, I also know that Nasreen has found professional success in New York Cityâ€™s banking world and that she is happily engaged to a man of her choice. Sheâ€™s surrounded by friends who respect her for who she is, and is still living the life that she feels is most honest and true.

*Name has been changed