In my first five minutes in Sixth Sense Spa in Evanston during my first week of college, I made an unexpected friend.Â  Lying on a salon table, I tentatively looked up at Mika Skrijelj who was applying hot wax around my eyebrows. Skrijelj spoke with an accent — and she spoke a lot.

â€œDonâ€™t worry,â€ she told me. â€œI am taking many eyebrows.â€ I recall her very words, and my visceral reaction to this day. My heart rate increased. Thinking she meant that she was going to wax the entirety of both my eyebrows off, I began to protest timidly, explaining that I wanted my eyebrows natural, but clean. She laughed. I would later learn that Skrijelj, having taught herself English, had some trouble with tenses and started most of her sentences with â€œI am.â€

Over a number of salon appointments, Skrijelj told me stories of her extensive quest to find a man and her life as a business owner using the limited yet impressive English vocabulary that sheâ€™d picked up working in Chicago area salons for 13 years. In a Serbian accent, which involved the occasional reversal of Vs and Ws, Skrijelj told me tales of the dating scene, which often involved a colorful vocabulary that sheâ€™d picked up in the salon. Although she liked to talk boys, her discussion of men and her daily life typically came back to one theme; Skrijelj never relied on anyone. If you want anything, she told me, you have to do it yourself.

After getting to know Skrijelj surprisingly well after about five visits to her spa and learning that she had come from post-war Serbia, I felt eager to capture her charisma in writing. I asked her if I could tell her story.

Skrijeljâ€™s strange relationship with men became clear during our following interview. She explained how she left Serbia to escape poverty and a bad break up. Skrijelj grew up with an older sister and two younger brothers in Novi Pazar, a small city 100 miles south of Belgrade. She came to Chicago in1998, intent on helping a friend whose father was ill by filling her position at a hair salon in Niles for two months.

Having hesitantly agreed to an interview, Skrijelj told me how she had left poverty-stricken Serbia in 1998 to fill in for a friend at a hair Salon in Niles for two months, after which she began looking for a permanent job in Chicago.

During her search for a more permanent job, Skrijelj encountered another Yugoslavian storeowner who gave her a welcoming present. Once she 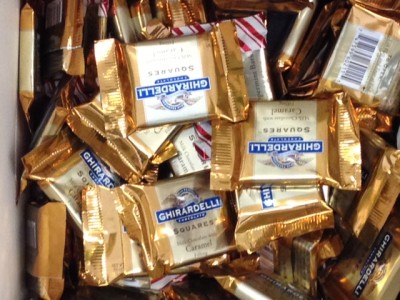 recognized that Skrijelj was a new Serbian immigrant, she gave Skrijelj a gift sheâ€™d never forget.Â Along with a box of chocolates, the woman gave her an envelope with $100 inside. Skrijelj told me that the gift felt like $1 million to her at the time.

On top of working hard at her first job at Cappiello & Company from 10 to 7 every day, Skrijelj began attending cosmetology school in 1999 with hope of moving up the ladder.

In 2008, she opened the Sixth Sense Spa, and to celebrate, she took her friend and former benefactor out to dinner. Although it had been ten years since Skrijelj had seen or spoken to the woman, her kindness had stayed with her. The woman had helped her at a time when Skrijelj felt scared and alone. The womanâ€™s gift assured Skrijelj that she didnâ€™t have to be alone, and that she wasnâ€™t alone in the immigrant experience.

Touched by the kindness of the Yugoslavian woman, Skrijelj finished our interview by telling me how she hopes to help people too, saying, â€œI want to help immigrant because I am immigrant.â€