Friends of a second language 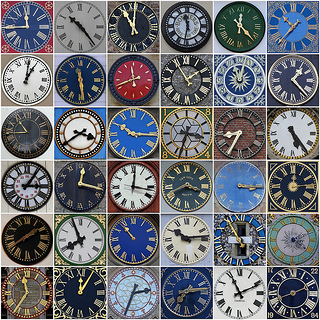 Tomas* squeezes his eyes shut before taking a stab at the small paper clock sitting on the table in front of him. For Tomas, trying to tell time on an analog clock has turned school into a nightmare.

â€œThreeâ€¦.threeâ€¦threeâ€¦three thirty,â€ he stutters, rolling his Rs in all the wrong places.

I shake my head. He shuts his dark eyes again, raising his mutilated left hand to trace those on the clock.

â€œTwo-thirty?â€ Tomas says and scans my face for approval. This time he knows he is right. Even as Tomas progresses in school, however, I feel uncomfortable as his tutor. I canâ€™t look past the backwardness of my transitions each week between my calculus classes and his lessons on the multiplication table. With the elementary skills we practice, it would make sense if Tomas were my first grade buddy from a nearby elementary school. But Tomas is three years my senior.

During my junior year in high school, my Spanish teacher volunteered me as a tutor to my peers studying English as a second language. Every Tuesday and Thursday I spent lunch hanging out in a classroom that most other students at my segregated school never even knew existed. At first, I came to class feeling anxious and disconnected. Everyone spoke in thick Mexican accents, and when they laughed, I assumed my poor Spanish pronunciation was the cause.

I met Tomas after a chance encounter, when he asked me for help with a math problem. From then on, we worked together each week. I supported Tomas with his schoolwork; he helped me feel comfortable with my Spanish. Together, we practiced ordering food in restaurants and compared our respective popular cultures. We read a Tale of Two Cities, and he revealed to me the best and worst times of his own life, a life far too eventful for someone of his age. Tomas told me about his trip to the U.S., how he had mangled his hand in a fence and the hardships he faced in leaving his family behind. Still, I sensed he was being honest with me only because he thought, just like every other peer tutor, the school year would eventually end and we would never see each other again. Ten months later, that is exactly what happened. When June rolled around, we said our goodbyes and lost contact.

Fast-forward two years: I am driving down I-94 with my sister and we are on our way to a concert. The radio plays loudly, but we are each absorbed in our own thoughts. Suddenly, she jerks towards the window.

Driving in the car next to us is in a white Jeep is Tomas, grinning and waving his arms. I think about how much I want to catch up with him about life, and tell him I have continued to study Spanish. It is the only time we have crossed paths since we said goodbye at the end of that school year. I turn to roll down the window, but it all happens too fast and Tomas turns off the highway.

My sister looks confused. â€œHey Jaclyn, who is that?â€

â€œOh, just an old friend,â€ I say. Similar to the circumstances under which we met, this was just another chance encounter. Tomas and I will probably never see each other again. But wherever he was going, and whatever he may be doing, Tomas still looks happy.

*Name has been changed