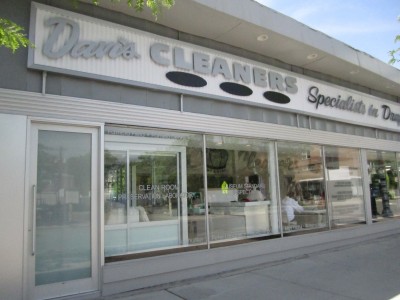 It was the day that changed Jordan Woodâ€™s life.

He and his parents had just come back from lunch to their offices at Davis Imperial Cleaners when they saw a young man filling out a job application. It wasnâ€™t until they spoke to Jon Tabor, a volunteer for RefugeeOneâ€”a refugee resettlement agency, that Wood learned he was filling out the application for the two Iraqi men standing outside. One of those men was Remon Aljamany. Wood sent Aljamany out for the afternoon with one of his managers. Within a week Aljamany was hired as a driver, becoming Davis Imperial Cleanersâ€™ first refugee employee.

Aljamany is one of 17 refugees Jordan Wood has hired to work at Davis Imperial Cleaners beginning three and a half years ago. Twelve of them are still working there today, and the experience has changed the way Wood looks for employees.

â€œAs an owner or manager in small business, the employees can be your biggest problem,â€ he says. 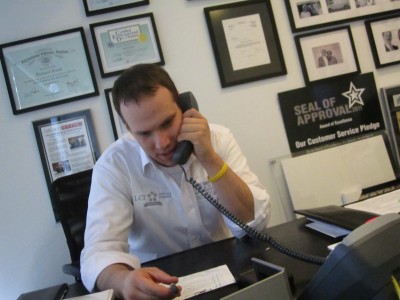 Jordan Wood, 30, is the business operator of Davis Imperial Cleaners.

Davis Imperial Cleaners is a world-renowned high-end clothes cleaner. It has been serving customers in Chicago and globally since Woodâ€™s grandfather founded it in 1956. It’s been showcased by Vogue, Chicago Magazine and InStyle Magazine, and has its own YouTube video. Their customers send garments from around the world and the company caters to stores such as Saks Fifth Avenue and Armani.

Jordan Wood, the third generation of his family to be involved with Davis Imperial Cleaners, specifically looks to hire refugees because he says they make great employees.

Adjusting to life on the job

Remon Aljamany sat in the passenger seat of a Davis Imperial Cleaners van. He was dizzy and did not know where he was. The highways and expressways appeared foreign to him. Sitting next to him was George, one of Woodâ€™s managers, who was driving the car. Even with a navigator, Aljamany felt lost in Chicagoâ€™s matrix. 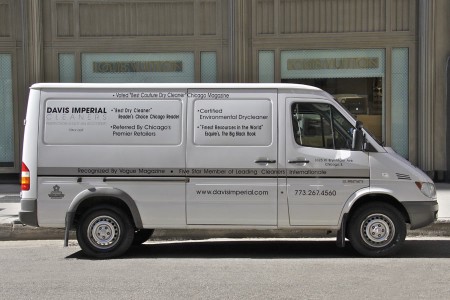 That was the first time Aljamany sat in a Davis Imperial Cleaners van, the same day that he and Jordan Wood met for the first time. Aljamany, a 25-year-old refugee from Baghdad, struggled to learn his job as a driver at first, but with help from Wood and other employees he was able to learn quickly.

â€œThey spent a lot of time with me,â€ Aljamany says over the phone while out making deliveries. â€œThey gave me patience more than usual, just so I knew what I was doing.â€

Now Aljamany has extensive knowledge of Chicagoâ€™s road networks, often suggesting alternate travel routes or a spot to eat that even Wood has never heard of before. And he loves his job.

Aljamany is but one of the many refugee employees who have found success at Davis Imperial Cleaners.

Narayani Kafley, 25, is a Bhutanese refugee from Nepal, one of nine women from Nepal who work for Wood. She came to the United States with her parents in 2010 after living as a refugee in Nepal for 18 years. A primary school teacher in Nepal, Kafley now works as a clothing inspector, scouring garments for stains or cracked buttons for between 5 and 11 hours per day, depending on the number of clothes. She says her job as a clothing inspector is easier and provides greater financial security than her teaching job in Nepal. 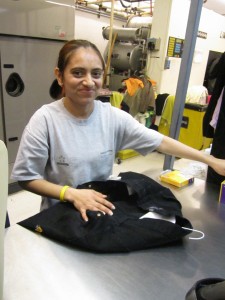 Narayani Kafley checks clothes for imperfections five days per week, beginning early in the morning and working until all the garments have been checked.

Like many refugees who struggle with English when arriving in the United States, Kafley faced a language barrier when she began at Davis Imperial Cleaners in August 2010. She had trouble understanding conversational English.

â€œWe knew the English,â€ she says above the whirring of machines from outside the Davis break room, â€œbut we didnâ€™t understand the talk. That was at only first, but now it is good.â€

After Remon Aljamany was delivered to the front step of Davis Imperial Cleaners, Jordan Wood began calling RefugeeOne to find his employees. One hundred percent of his refugee hires have come from RefugeeOne, he says. Last year the agency resettled about 500 refugees, according to Employment Department Manager Stacey Tsibulsky.

Her department helps pair refugees and employers based on relevant skills, proximity to offices and language skills. RefugeeOne will call employers during the first two months to check on the employees and then they track 90-day retention. After that point the refugees are on their own unless they need additional transportation assistance or other problems arise.

â€œIf I need someone, unless someone highly skilled in a trade like a seamstress, we used to put ads in papers and now we just go to RefugeeOne,â€ Wood says.

â€œItâ€™s one easy phone call to make and we have total trust that whoever they are going to provide will be awesome and thatâ€™s what the case has been.â€

Tsibulsky, who is in her second year at RefugeeOne, knows the important role that refugee resettlement organizations and employers play in the lives of refugees. She praises Davis Imperial Cleaners for giving refugee employees a chance.

â€œThey came to Chicago to be rescued,â€ she says. â€œThey are looking forward to restarting their lives so they really want to work to support themselves and their families.â€

[Audio:https://immigrantconnect.medill.northwestern.edu/wp-content/uploads/2012/06/Stacey1.mp3] Listen to Tsibulsky explains why the match works 17 times over 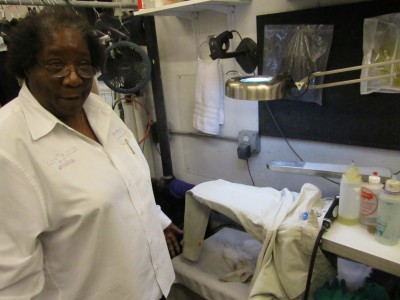 Pat LaRue has been at Davis Imperial Cleaners for 35 years.

A family of workers

Pat LaRue bounces from station to station in the work area at the back of Davis Imperial Cleaners, ducking and diving around the racks of shirts and other garments. There is a profound sense of pride in her voice as compliments rain down on every employee she passes. She swells with the joy of a mother relishing in the accomplishments of her children.

LaRue is the store manager for Davis Imperial Cleaners. She shows a genuine interest in the lives and work of the refugee employees, calling them a â€œrainbow coalition.â€ Over the phone, when she came to describe Beda Tiwari, a young woman who is a refugee form Nepal, she celebrated her improvement as a worker.

â€œIt was amazing, the young lady who touches up the shirts,â€ LaRue says of Tiwari. â€œShe had no experience. I told her to concentrate and work on her speed. Now, I canâ€™t say weâ€™ve had a better person doing shirts since Iâ€™ve been here. Sheâ€™s fabulous.â€

[Audio:https://immigrantconnect.medill.northwestern.edu/wp-content/uploads/2012/06/PatLaRue1.mp3] Listen to LaRue extol the virtues of the refugees they’ve hired

Several of the Nepali refugees are related, including Narayani and her sister-in-law Tika Kafley, who began working in September 2010.

Jordan Wood knows how important it is to have family in the office. His parents Rick and Lynda are owners of Davis Imperial Cleaners. It increases everyoneâ€™s comfort level, he says.

But family at Davis Imperial Cleaners is not always about bloodline or marital connections. For Remon Aljamany, Jordan Wood is as much a member of his family as his own flesh and blood.

â€œHonestly, I donâ€™t think of Jordan as my boss,â€ he says. â€œI talk to him like my friend or my brother.â€