The door to the back room at Jang Choong Dong closes. The scent of freshly prepared bibimbap wafts through the air as five men laugh and converse in Korean at one end of a long skinny table. The men, who are the board of the Korean American Dry Cleaners Association of Illinois (KADA), meet routinely in this room for dinner and to discuss business. The conversation at dinner is light-hearted, but after the meal when president Chang Lee begins discussing a possible Illinois state ban on a chemical vital to the dry-cleaning process, his tone is much more serious.

Leeâ€™s frustration comes from recent action in the Illinois legislature aimed toward phasing out the chemical perchlorethylene (PERC) from the dry cleaning industry. PERC is an inexpensive chemical that is used by more than 80 percent of Illinois dry cleaners, Lee says. However, the Environmental Protection Agency has linked it to cancer and groundwater contamination.

PERC is the solvent that dry cleaners use instead of water to clean clothes in the machines.

Environmental and dry cleaning groups have collided most recently in negotiations for an amendment to House Bill 4526. The bill mandates training sessions for PERC users, outlines proper protocol for the disposal of the chemical, requires manufacturers of dry cleaning solvents to provide the EPA with information about new products and provides that the EPA submit a report about groundwater contamination. It also allows dry cleaning machines using PERC to continue in use for â€œthe remainder of each machineâ€™s useful life.â€

Amendment negotiations aimed at lessening some of the restrictions outlined in HB 4526 have given the Korean-American community a voice it has lacked in recent years. Through its influence on dry cleaning legislation, KADA has been a prototype of how to engage in the political process. This kind of action has many leaders in the Korean-American community hopeful that it will be the first step in creating a stronger Korean presence in the political system. 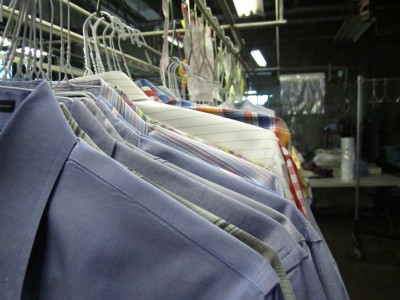 PERC is the chemical solvent used by more than 80 percent of dry cleaners to clean garments without using water, Chang Lee says.

KADAâ€™s history with HB 4526 began in 2010 with the introduction of the original bill to phase out PERC: Senate Bill 1617. The legislation was proposed upon the recommendation of the â€œClean Technology Task Force for Commercial Clothes Cleaning.â€ The 14-person task force composed of experts and members from the dry cleaning industry, environmental groups, and government was created by House Resolution 1174 to examine the usage of PERC in the dry cleaning industry and note any environmental concerns.

The bill would have phased out PERC from the dry cleaning process by 2030, required additional training and â€œbest management practicesâ€ for the handling of PERC, along with mandating the EPA to create a list of dry cleaning solvents that could be used as alternatives. It was passed by the Senate, but after significant opposition in the House of Representatives coming from KADA and other industry actors, it failed to pass the House.

When Chang Lee and other KADA leaders got involved in the process, Elaine Nekritz (D-57th) was the representative with whom they met. Nekritz represents one of the largest Korean-populated districts in the state, and since her first meeting with KADA, she has become more attentive to the PERC-related needs of the Korean dry cleaning community.

â€œWhen this bill came up, [Lee] and other members of the KADA came to Springfield to talk to me about it and thatâ€™s how I got to know them,â€ she says.

The goal of lawmakers and the environmental groups in 2012 was to create a system of greater accountability from PERC users and to ensure that the chemical was being disposed of properly while alternative solutions were being investigated.

Scott Phillips, Chief of the Illinois EPA’s Bureau of Land, who also served on the PERC task force, said in order to get the desired provisions passed, they would have to temporarily give up on an immediate PERC phase out to avoid facing similar opposition from the dry cleaning industry.

â€œThere were so many other good provisions in this bill, to see no bill passed at all and not be able to get these requirements would have been difficult,â€ he says. â€œWe didnâ€™t want to see those elements fail.â€

Environmental and dry cleaning representatives were able to reach an agreement on an amendment to the bill. The amendment requires that when a dry cleaner makes an application for its license to purchase PERC, the applicant would be certifying that it had properly handled PERC with all state and federal requirements within that proceeding year. If those hazardous waste manifests are not submitted within three years, the Illinois Drycleaner Environmental Response Trust Fund Council will launch an investigation and submit those results to the EPA.

The bill has passed out of the Senate and the amendment is currently pending in the House. Approval from the House and the signature of Governor Pat Quinn is needed for the bill to become law.

To reach an agreement on the bill, dry cleaning and environmental interests met over a dozen times in April of 2012 to discuss the issue from both an environmental and small business dry cleanerâ€™s perspective.

KADA sparked the discussion process, voicing its concerns against tight regulations on individual dry cleaners in tough economic times. Chang Lee says that previously PERC was allowed and seen as a â€œmiracle solvent.â€ He was frustrated with the sudden switch away from PERC, viewing it as an attack on dry cleaners.

â€œThe way we are feeling is that we are a small business so it is very easy to step on us,â€ he says. â€œSo we get sacrificed. How much are we going to be sacrificed? Until we all disappear?â€

The environmental groups, led by Mel Nickerson, a staff attorney and government relations specialist at the Environmental Law & Policy Center, sought stricter policies for disposal to ensure that the PERC from the machines was being handled properly. They were not able to get everything on their agenda included in the amendment, but Nickerson said that what is included is moving toward his goal.

â€œI wouldâ€™ve liked to be an advocate for a stronger piece of legislation, but this is certainly a step in the right direction,â€ he says. â€œLike any industry where there are problems both environmental and a threat to public health, it is the responsibility of both the Illinois EPA and groups that advocate for cleaner environment and for public health to step into that equation and to provide some constructive solutions to protect the environment and public health.â€

In response to questions of the environmental groupâ€™s motives, Nickerson said he was concerned purely with the environment and the peopleâ€™s health.

â€œNo one is picking on the dry cleaners at all,â€ he says.

Rep. Michael Zilewski (D-21st), co-sponsor of the bill, says that strict regulations along with open communication lines were key to getting a deal done.

â€œIn this particular instance I think the process worked well,â€ Zilewski says. â€œYou almost need the industry to come up to the razor’s edge so they knew we were serious.â€

Chang Lee being inaugurated as KADA president on April 29, 2012. (photo via Chang Lee)

KADA and impact on the Korean community

In Zilewskiâ€™s eyes, KADAâ€™s actions provided an example for the Korean-American community of how to get involved in the political process and how the system works.

â€œI think it was more instructive for the Korean community than it was for us because they realized how difficult it is down here to get things done and prevent things from happening that are adverse to their interests,â€ he says. â€œIt was impressive and it was grass roots.â€

Chang Lee estimates that the total cost of an immediate switch away from PERC would have been about $56 million, with individual dry cleaners having to pay between $50,000 and $100,000 for new machines, freight, delivery and installation.

KADA, which began in 1980, advocates on behalf of the needs of independent Korean dry cleaners across the state of Illinois whenever potential changes like this occur. Koreans and Korean-Americans, according to Chang Lee, make up over 80 percent of the stateâ€™s dry cleaners.

For Jin Lee, Director of the Albany Park Community Center in Chicago and an organizer in the Korean community, publicizing the needs of dry cleaners across the state is a tremendous service performed by KADA.

â€œThey havenâ€™t really had a voice throughout, but through this association they have a representative voice and can communicate with the federal, state and even city level officials related to their issues and concerns as the business owners,â€ Lee says. 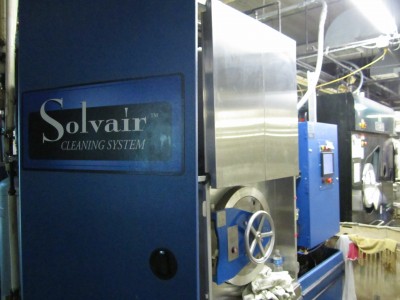 Solvair machines are one of the many different ways dry cleaners can try to be more environmentally friendly, Victor Seyedin says.

For now, dry cleaners can still legally use PERC machines for the â€œremainder of each machineâ€™s useable lifeâ€ as long as those machines stay in the same place. Even so, some cleaners are working to move away from using PERC.

According to an EPA report, PERC can cause skin irritation, cancer, chemical pneumonia, eye irritation and damage to the nervous system or kidneys.

Best Care Cleaners in Evanston, Ill., is one of those companies moving away from PERC. For a long time they would send garments out to have them cleaned in warehouses that use PERC, but starting one month ago, owner Yeon Cho has gradually begun to make the move toward total in-store â€œwet cleaning.â€

She values the health and safety that come with wet cleaning.

â€œToday, the customers have sensitive bodies with allergies, so wet cleaning is better for them and the environment,â€ Cho says.

Other efforts to become more â€œgreenâ€ are being employed by Victor Seyedin of Lake City Cleaners in Evanston, Ill. He was the first in the United States to purchase a Solvair machine. Seyedin says that although it is a superior cleaner and environmentally friendly, his cost of doing business is four times more expensive than those who use regular dry cleaning machines. But it is worth it.

â€œIt is a commitment to being environmentally responsible and to commit to quality,â€ he says.

Chang Lee and KADA realize that PERC will be unavailable eventually, but he wants to know what alternatives to use.

â€œIf youâ€™re going to block the road,â€ he says of the government and its role in PERC elimination, â€œyouâ€™ve got to show us which way to detour.â€

While Lee and KADA continue to battle governmental dry cleaning regulations, they provide an example to the community of how to participate politically. Charlie Jung, president of the Korean American Voice, believes their efforts can be the spark to ignite the Korean community politically.

â€œFor most Koreans, their good friends own the dry cleaners,â€ he says. â€œSo if they said, â€˜We have the power to do it, we can do it,â€™ with that kind of mentality there will be a lot of people who go out to vote. A lot of Korean Americans knew that they have to go out, but there is just a lack of information of where to go to vote and who to vote for.â€

The Korean American Voice is an organization designed to educate voters and encourage political participation among Koreans. It helps mobilize voters and bring the Korean voice to the political system.

â€œA lot of them want to know about the big issues and we can give the information about the individual candidates for representatives or Congress so they can go out and it is an easy approach for them.â€