Undocumented youth confide and come out

Twenty-five people sat in a circle on the floor of the gymnasium one Sunday afternoon in the Centro AutÃ³nomo Â building in Chicagoâ€™s Albany Park neighborhood. They let their eyes wander and made casual small talk while waiting for a meeting that was about to start. Some faces were familiar and others were new, but all of them had one thing in common. They were finally free to be themselves, a rare privilege for this group of young and undocumented immigrants. 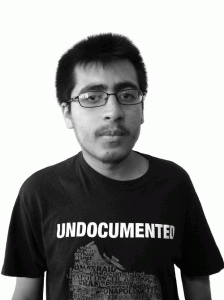 The Immigrant Youth Justice League holds meetings every Sunday for young immigrants like these, who for whatever reasons, had decided that they were ready to come out into the open as undocumented immigrants. Maybe they were tired of hiding or were just optimistic.

Some of them had crossed the border knowingly, to obtain a better life than the one they led in their home country. In the case of others, like 20-year-old JosÃ© Martinez, they came to the United States as clueless children with parents who wanted to afford them a better life, leaving behind persecution or limited opportunity.

â€œMy parents never really told me, but I kind of figured it out as I went on,â€ says Martinez. â€œI donâ€™t remember if I was aware at the time that I was undocumented, or whether I knew what that meant at the time. Eventually I kind of put it together.â€

Whatever their individual stories, all the young immigrants gather because of the challenges they now have in common. How do they go about living their lives and pursuing their dreams without proper documentation, while constantly living in fear that they or their loved ones could at any moment be deported back to their home country?

Martinez came to the United States as a six-year-old child, with his mother and younger sister. His father had come a few years prior and was working and sending money back to his family in a town in Mexico. Finding the separation difficult to deal with, his mother decided to take the children across the border as well.

One of the immediate questions raised by an undocumented family is the question of whom, if anyone, to confide in. Many of the young adults in IYJL have worlds locked up that they canâ€™t share, sometimes with their closest friends, for fear of letting incriminating information get to the wrong people. 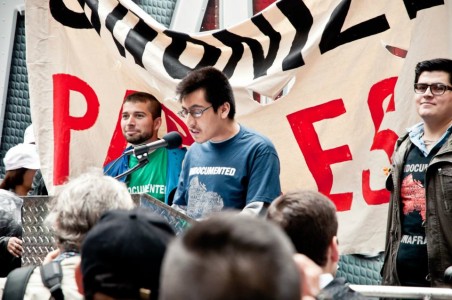 Martinez speaks out at IYJL’s Shout It Out 2012 event.

â€œI hadnâ€™t told anyone until junior year,â€ says Martinez. That year he participated in a high school academic decathlon, which required participants to fly around the country for national competitions. Because the trips required a photo ID or a passport, he was finally forced to tell someone – his decathlon coach – about his immigrant status.

The coach referred him to a school counselor, who provided Martinez with some helpful documents that explained more about his status and what it entailed for his future. â€œWhen I was in high school,â€ he says, â€œI didnâ€™t really know about IYJL or other groups. I didnâ€™t know how other people would react, what would happen to me, or how other people would treat me.â€

Before he heard about IYJL, he had confided in about ten people, including his best childhood friend, Carlos Solis.

â€œI kind of already knew,â€ says Solis, to whom Martinez confessed during their college application process. Martinez also told two counselors, the decathlon coach, his principal, and several other friends, two of whom were openly undocumented.

His candor was met with a range of reactions. Though most people were helpful and supportive of his situation, the most common reaction that he got was worry.

â€œWhether youâ€™re publicly out or not, deportation is definitely a risk for undocumented people,â€ says Cindy Agustin, a Youth Civic Leadership Trainer of the Illinois Coalition for Immigrant and Refugee Rightsâ€™ program â€œUniting America.â€ ICIRR is another Illinois-based program dedicated to promoting the rights of immigrants and refugees.

Deportation is a huge concern for the population of undocumented immigrants. The U.S. Immigration and Customs Enforcement (ICE) removed more than 390,000 individuals in 2011, according to the Office of Immigration Statistics of the U.S. Department of Homeland Security. 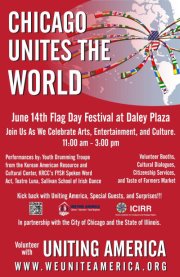 Immigrant issues also vary depending on location. For instance, Chicago is known as a particularly immigrant-friendly city, while some of its suburbs are less so, according to Martinez.

â€œIn the suburbs, [if] you get stopped and donâ€™t have a license, you get arrested,â€ Martinez says. â€œThey find your immigration status and they could hold you and you may be picked up by ICE.â€

Although this is reason enough for many in the room to fear for their future, others are more hopeful, due in part to President Obamaâ€™s recent initiative known as Deferred Action for Childhood Arrivals (DACA). The program gives certain undocumented young people, who came to the U.S. as children, the opportunity to remain lawfully in the U.S. for two years, during which they are authorized to work.

Attorney Ronald Shapiro, of the Shapiro Law Group, which specializes in U.S. Immigration Law, says, â€œTheyâ€™re now more hopeful because prior to the election, there was concern that Governor Romney would revoke the executive order, which he had the right to do.â€

Agustin agrees that the election has been a relief for DACA hopefuls. â€œKnowing the results of the election has definitely put more people at ease about deferred action and applying for deferred action as undocumented youth,â€ she says. She also stressed that young people in particular are benefiting from DACA, asserting that â€œthey are protected in a way that older undocumented adults are not.â€

Others are still skeptical. Though DACA may seem like a light at the end of a very long tunnel, it does not provide any kind of direct path from â€œdeferred actionâ€ to lawful permanent residence or to citizenship, and it can be revoked at any time.

â€œIt feels good that there is some sort of avenue to protect us from deportation,â€ says Martinez, â€œbut I understand that [DACA] can be taken away any time. Itâ€™s not permanent.â€

Solis reacts with sympathy to his friendâ€™s obstacles. â€œHe tells me that he feels like a little person trying to face a big problem,â€ he says.

Despite these concerns, young immigrants like Martinez frequently decide to join activist groups like IYJL and ICIRR and come out into the open about their undocumented status.

â€œHeâ€™s not sitting down and doing nothing,â€ says his friend Solis, â€œHeâ€™s going out and trying to change everything.â€

A large part of the process for many of these immigrants, including Martinez, involves confiding their worries about their situation in others.

â€œItâ€™s a relief,â€ he says. â€œIt feels better to tell other people, because otherwise itâ€™s trapped inside you.”