A Son Comes to Understand his Father’s Sacrifices

I began ripping off the wrapping paper and my eyes widened as the edge of the box for a purple Game Boy Color peeked through. I was in second grade living in Canada and it was the first time my family celebrated Christmas, a holiday that wasnâ€™t popular in Korea. My dad chuckled at my younger brother and me as we tapped away on the game devices and hollered at the discovery of every new PokÃ©mon. At church, my brother and I sang â€œDeck the Hallsâ€ in Korean to our heartsâ€™ content and looked back from time to time at my parentsâ€™ gleaming faces. I will never forget my fatherâ€™s hilarious accounts of his sneaking food into his camp during his military service as my family snuggled together with our backs turned to the sparkling Christmas tree.

This was to be the last Christmas my family spent together. A few months later, my dad was forced to leave to earn a living in Korea so that my brother and I grow up in Canada.

My family had emigrated in January 6, 2000, to a small suburban city near Vancouver called Coquitlam. The 1997 IMF Crisis that devastated the Korean economy and the rising suicide rates of Korean youths prompted my parents to move. My parents sought out a fresh start and a friendlier environment for my brother and me to grow up in.

When my family arrived at the Vancouver International Airport, my dadâ€™s spirits were high and his optimism unbounded. He gulped in the fresh air outside while holding my tiny, trembling hands. My mother laughed at how much nature and space there was in Vancouver compared to the overpopulated and polluted city of Seoul.

As soon as we arrived, my dad sent out his rÃ©sumÃ©s to several companies. He had an MBA from George Washington University and had worked as a professional stockbroker in London for foreign investors considering investing in the Korean market. I often looked up to my dad, who had no doubt in his mind that he would find a job. As the weeks turned into months and the rejection letters started piling up on my dadâ€™s chipped and creaking worktable, my dad, already underweight, lost more than 16 pounds. I no longer saw the smile that had come so easily to his face before and heard less of his military endeavors. Bosses of various food distribution companies and digital corporations said he was either too overqualified for their open positions or lacked adequate experience in the Canadian market.

Out of desperation, my dad bought an unsuccessful and dilapidated dollar store. He woke up at 6 a.m. and stayed alone at the store until 9 p.m. everyday, unable to afford an employee. He was a one-man team: he itemized a list of goods sold, swept the floors before closing, worked as the cashier, and drove every month to the closest Walmart to purchase the products. Despite his efforts, a large dollar store that was part of an established chain opened nearby draining the already scarce number of customers the store had.

The store continued to lose money and the savings my parents had so painstakingly gathered over the past eight years was dwindling. We ate our dinners in silence, often in the absence of my dad who was still working. My mom often stared blankly at the wall while my brother and I barely ate our rice. We would run to the front door to bow to my dad every night only to be greeted by a pale reflection of the father we had once known.

Unable to make a living, my dad left for Korea a few weeks later to be separated from my brother, mom and me for the next six years. I saw my dad only for a week in the fifth grade and spoke to him briefly every other week on the phone. The more time passed, the shorter our phone conversations became and the quicker my memories of him began to fade. I felt cheated out of a dad. I had grown weary and almost fearful of the man who had missed so many of my birthdays, soccer games and school recitals.

My family reunited in Korean once I entered eighth grade. It took five long years but my parents finally sat me down during my senior year of high school to tell me the story that I had waited so long to hear. On a beautiful beach in Busan, my dadâ€™s face hardened and the creases on his exposed forehead deepened as he delved into why he had left us in Canada. My mom nodded from time to time and held my hand while I stared with wide eyes at my dad.

All I felt was shame for my ignorance of the past. My dad had endured those years of loneliness to provide the life that he wanted for my brother and me, to give us the opportunities that he did not have as a child. Once we were together again, my dad more than made up for the time lost between us. Whether he was shouting at the top of his lungs at my hockey matches or driving me to my debate competitions, I knew he would always be there for me, in person or in spirit. 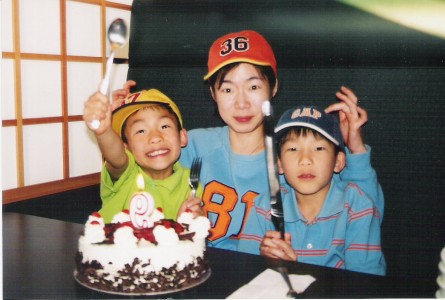 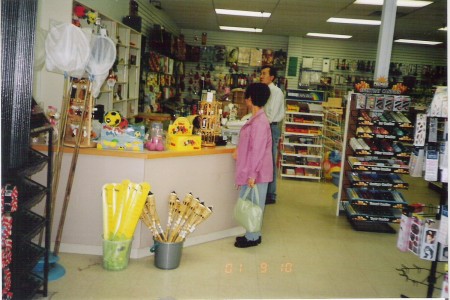