A long wait: The story of the Tendillas

Norfolk resident Benjamin Tendilla dreamed of living in the United States ever since he was a little boy. After he joined the U.S. Navy in 1972 and became a citizen, he hoped to bring his mother and eight siblings to the U.S. to join him. He started applying for visas for his family members in the mid-1980s. However, the process to obtain sibling-sponsored visas was a long and difficult one. Due to visa backlogs, Filipinos have the longest wait times compared to any other country: adult siblings of U.S. citizens have to wait over 20 years for their applications to be processed. During this time, many applicants marry, raise families, grow old, and even die.

The comprehensive immigration reform bill proposes to eliminate sibling-sponsored visas entirely. If passed, U.S. citizens will not have the option of sponsoring their adult siblings under the family-sponsored visa category, through which 65,000 sibling visas applications are being processed annually.

Currently, three of Tendilla’s siblings are living in the U.S. He expects two more to join him later this year. 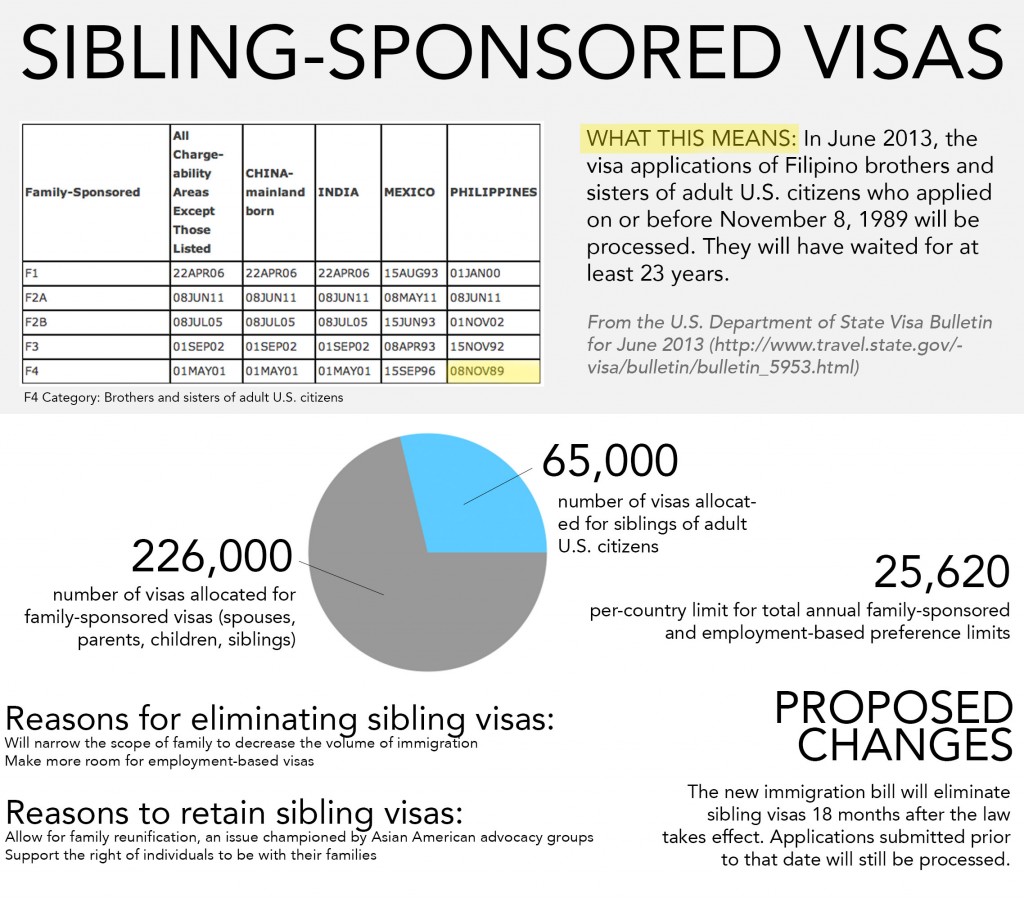