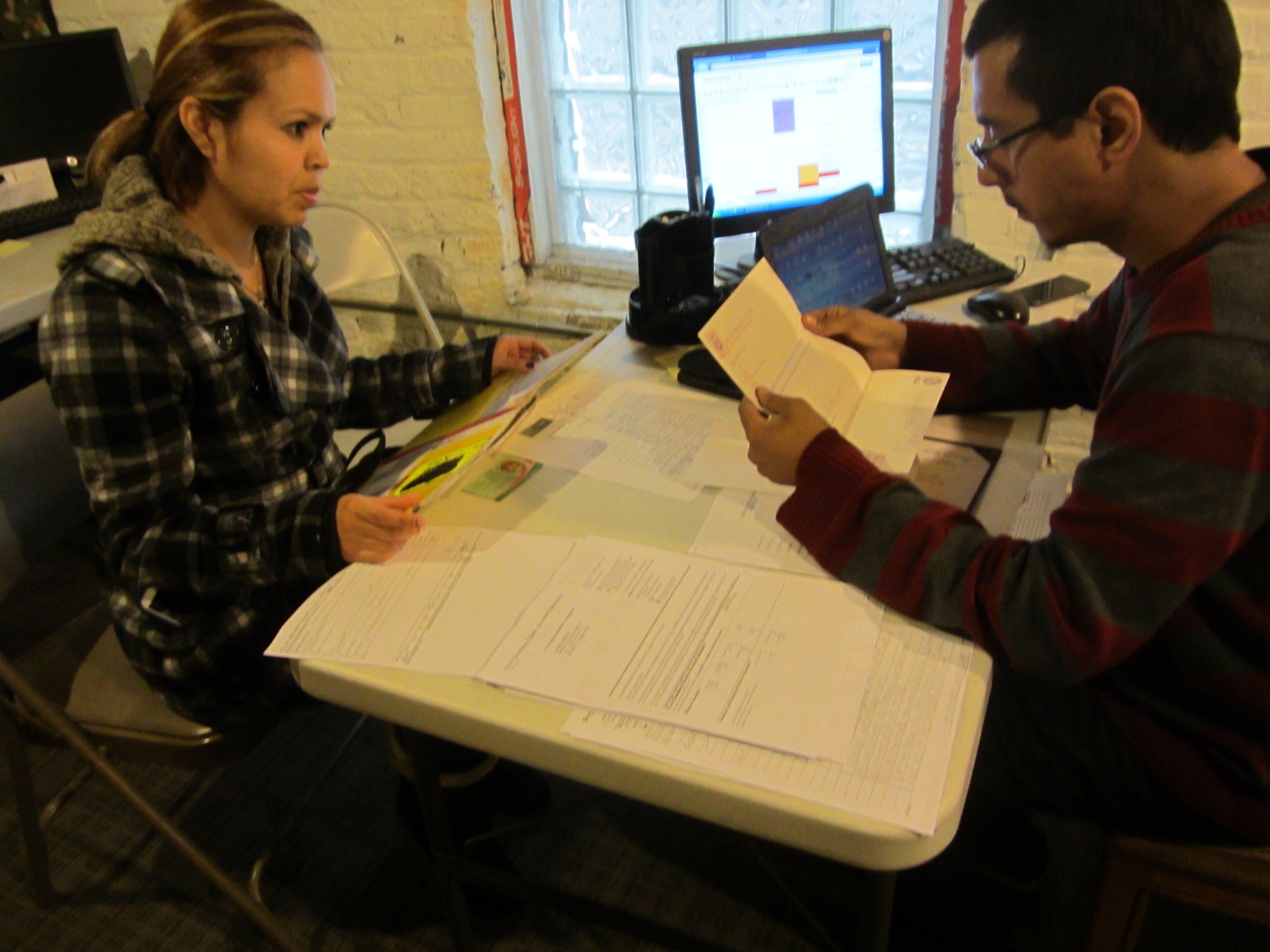 Ana Munoz, a 16-year-old who had spent her life hiding she was an undocumented immigrant, said she felt unimaginable joy and relief when she received the deferred action reprieve in March, which ensured she would not be deported for two years. Her new status however did not prevent Immigrant and Customs Enforcement from arresting her dad during the Chicago Pallet Company raid a few months later. Agents arrested 34 workers, including Munoz’s dad, and many of the detainees are in the risk of being deported.

“We never thought that that would happen to us because we have always been an united family,” said Munoz. “And for the week he was detained, we were too depressed to go to work or school and just thought about my dad for the whole morning, the whole day and the whole night.”

She said she now uses her work permit and social security number she received in March of this year through deferred action to work. Munoz said she works hard because the arrest had been financially devastating to her family as her father was out of the job and had to pay a $5,000 bond to be released from immigration holding.

Deferred Action for Childhood Arrivals is a presidential memorandum that gives undocumented immigrants, who were younger than 31 years old as of June 15, 2012 and had come America under the age of 16, a two-year reprieve from deportation and access to a social security number, work permit and driver’s license. The program nears its one-year anniversary on June 15, with a year of the reprieve left to go.

As of March, 453,589 undocumented youths had received deferred action but many still worry about what will happen to their parents, who are ineligible for the program. As the debate for the new comprehensive immigration bill continues in Senate, immigrants with deferred action are hoping their parents also receive reprieves from deportation and a pathway to eventually receive citizenship.

Deferred action for many undocumented youths is crucial for them to pursue an education and achieve mobility. Claudia Morales, a 29-year-old mother, said deferred action could be the difference between getting deported and a stable job to provide for her eight-year-old son.

â€œIâ€™ve been living here all my life and itâ€™s hard for me to be driving and taking my son to places because Iâ€™m scared that the police will stop me and ask me for a driverâ€™s license when I donâ€™t have one,â€ Morales said. â€œDeferred Action is important for me because I will be able to get a job, have a license and just have a better future.â€

Morales’ parents returned to Mexico, unable to secure jobs because of their undocumented status. She hasn’t been able to visit them for fear she won’t be allowed to return to the United States and worries about them constantly.

Luis Morales, a 23-year-old Northwestern graduate student with deferred action, said the government isnâ€™t just restricting their parents from receiving legal benefits like deferred action but also separating them from their children by placing the blame of immigration issues solely on them.

â€œThis discussion about who to blame for the large undocumented immigration population only demonizes the parents and criminalizes them, putting the fault on them for bring their children while providing benefits such as deferred action only to the children because they had no say in coming here,â€ he said.

Luis Morales said the government should not target his parentsâ€™ generation, who took the risks and made sacrifices in order for his generation to have better lives in America. He said if it hadnâ€™t been for the long hours his mom worked by cleaning houses and the risks his dad took to move his family here, he would have probably never received a high quality education.

â€œTheir sacrifices and their struggle to provide me and my siblings with a better future arenâ€™t going to be noticed,â€ he said. â€œIf it werenâ€™t for my parents instilling values of hard work and determination, I wouldnâ€™t be able to achieve all the things I have in my life.â€

Sara Walker, a deferred action coordinator of Lincoln United Methodist Church, said it was unfair to label the estimated â€œten million that make up the parentsâ€ as â€œcriminalsâ€ and deport them in large numbers.

â€œI donâ€™t think that there is any benefit to anyone for the country to split up the family,â€ she said. â€œIt hurts the community and all of us when families are split up.â€

Yesenia Guerrero, a student volunteer who helps fill out deferred action applications, said another problem with not extending legal status to undocumented parents is that their economically dependent children will also face deportation despite having legal status. She said about 35 percent of applicants she has worked with have parents who are in danger of being deported.

But opponents of legalization of undocumented immigrants such as Jim Gilchrist, founder and president of Minuteman Project an organization dedicated to stemming illegal immigration, say deferred action shouldnâ€™t have even been granted to anyone, and people of any age who broke the law by entering the country without permission.

â€œI love immigration when done right but if we donâ€™t enforce the rule of law to deport and discourage illegal immigration, we are only going to attract 300 million more undocumented immigrants,â€ he said. â€œThese laws were made not to be violated or broke but to be enforced.â€

Giovany Revelle, also a deferred-action coordinator at the church, disagreed and said many undocumented immigrants feel forced to break these laws because of U.S. policies. For example, he said many people are unemployed because of Mexicoâ€™s trade relations with America, which drove many agricultural industries out of business. He said the implementation of deferred action is a stepping-stone to a pathway for citizenship and legal residency for not just undocumented youths but for all undocumented immigrants.

MuÃ±oz said it is more urgent to stop deportations because they are splitting families apart before the parents even have a chance of receiving legal benefits.

â€œThe government everyday deports and separates families and itâ€™s not fair because you see crying children missing their parents and because I was one of them just six months ago, I know their hardships and pain,â€ she said. â€œThat experience is happening everyday and I would like for the government to stop deportation and to leave families in their homes and work at peace because families are just here to try to have a good future.â€