As my brother and I emerge from the depths of the snack aisle, sweets in our hands and gluttony on our minds, we find ourselves on the wrong side of our glaring mother waiting impatiently in the checkout line. She snatches the packs of sugary goodness out of our grasps and scolds us for wandering off, stopping only when she realizes that my brother had actually picked up something healthy during our journey: a bottle of Flintstones gummies.

The moment of appeasement that he had hoped for vanishes, however, when my mother comments that we already had plenty of vitamins back at home. As she moves the rest of her items onto the conveyor belt, the cashier scanning our groceries compliments my mother’s accent, likely having noticed the unusual way she had pronounced “vitamin.”

I repeat the word in my head, verbally test-driving the intonations of both “VIT-amin,” the English pronunciation that I’d been so accustomed to hearing for the last eight years, and “VYTE-amin,” the American pronunciation that I would have to adopt as my own if I wanted to fit in at my new school. At first it seems awkward and forced, but that feeling eventually dissipates along with any resentment of America’s language and culture that my eight-year-old self might have carried. 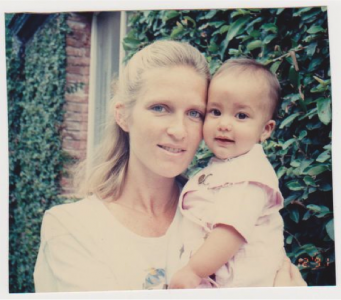 It was August of 2004, a week after my family had completed the move into our new home in Darien, Connecticut, an archetypal suburban community 50 minutes from New York City. Adjusting to American life after living in the vibrant Argentine metropolis of Buenos Aires would be an adventure for my three siblings and me. But at ages 15, 12, 4 and 8, respectively, our minds and identities were still free to be shaped by the currents of American culture and language. For my mother and father, however, the task of assimilating into the micro-society of white suburbia in which we found ourselves would prove far more difficult.

As the cashier bags our items and I continue practicing my American imitation, I hear her ask my mother if she is South African. My mother corrects her kindly, saying that she is Argentine. The cashier seems confused but doesn’t press any further.

By my recollection, this was the first time anything like this had happened, but it was an exchange I would hear countless times for the next eleven years. As a descendant of English immigrants who settled a ranch, La Estancia San Jorge, in the Pampas region of western Argentina, my mother was raised in a British-English-speaking household and struggled to convince people of her birthright nationality. Blonde, blue-eyed, and fair-skinned, my mother spoke Spanish as a native language, with a gorgeous, sing-songy accent you couldn’t find anywhere outside el Rio de la Plata basin. Needless to say, this came as a surprise to many of the Hispanic men and women she met in the States, whose snide thoughts about this stereotypically blonde, suburbanite mother quickly faded each time she opened her mouth to speak her native tongue.

Her bilingual abilities made her instantly likeable to the other immigrants that she encountered, but were often a source of confusion to the American majority that surrounded her. Like the woman in the grocery store that day, few people recognized her accent and they often discounted her Latino heritage, despite her having grown up speaking Spanish in school, playing fútbol, drinking yerba mate, and interacting with the gauchos who ran the estancia.

To make matters more complicated, she married a man from Kolkata, India, my father. My siblings and I are tan and dark-haired, something that has caused awkward encounters which peaked when a school nurse ignorantly asked my mother if my older sister was adopted or a foster child in front of them both.

So, while my biggest challenge when we first came to the United States was changing the way I pronounced certain words, my mom has had to cope with a lot more. Being judged for having a unique accent is one thing, but being told you don’t look like an Argentine or you don’t even look like your own children is undeniably a stinging experience to endure, especially for an immigrant trying to find a sense of home and belonging in an unknown country. But her pride is the reason that I admire my mother so much. While my siblings and I have developed fairly typical American accents, having lived here for twelve years now, my mom remains fiercely loyal to her roots. Though she’s certainly thankful for the opportunities America has given our family, she continues to adamantly pronounce words the way she was taught and fight back against anyone who questions her identity or her children’s. 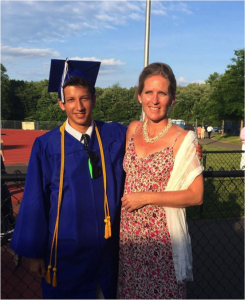 That’s why, as someone who has undergone the “immigrant experience” and witnessed the effects that it can have on a family, I reserve a special degree of respect for the immigrants of our nation who risk their own comfort to pursue a better life for themselves and their loved ones.