It’s all in the family

I’m stopped at a red light at the corner of Ogden, Cermak, and Pulaski. As a high school sophomore, I take 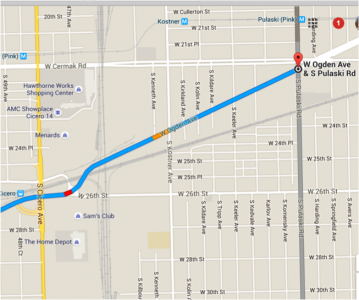 the same route almost every morning, meandering my way down 17 miles of Ogden Avenue through the west side of Chicago.

Yet today on a non-descript day like most others, I realize that it’s also the same route my mom drove, ten years prior, when she would take my brother John and me along with her to take care of Danny’s birth mother during her pregnancy.

I always knew that my two younger brothers were adopted. Growing up, I just saw that as fact: like the fact that my eyes are brown or that I have an allergy to cats. It was nothing special. I played together with, fought with, and loved both John and Danny as I saw all other biological siblings do. There was no differentiation between how other families came to be, biologically, and how mine did.

A combination of the smell of cooking tamales from the street vendor on my right, the Lou Malnati’s Pizzeria on my left, and listening to the same Barenaked Ladies CD that my cousin burned for us in the year 2000, has awakened a memory in my subconscious from the summer of 2001 and the bi-weekly trips to Little Village, where I accompanied my mom to help provide for the family who would be giving us their child. The first memory to come to mind is of their apartment’s distinct smell, that can only be described as a unique mixture of one-part toast and two-parts Windex.

With the remembrance of that smell comes the memory of seeing Danny’s birth mother crying into my own mother’s shoulder, over the devastating loss of giving up her child for a better life, beyond the one she and her family’s precarious immigration status, could bring.

During the first four years following my birth, my parents tried desperately to get pregnant again and produce a family. It was extremely frustrating for two people, who both came from large, Irish-Catholic families to not envision anything but the same for their own lives. My parents turned to adoption as an alternative to the traditional course of family planning, starting with John. My parents were connected through friends to a very young Caucasian couple from a neighboring suburb, who were seeking adoptive parents for a child that neither one of them was ready for. At the age of four, I got my first best friend in John and my parents were already on their way to making our family even bigger. Despite my parents’ prior experience, the adoption process, for my youngest brother, Danny, was completely foreign to them, figuratively and literally.

The Windex and toast-smelling apartment of Danny’s birth family was a cramped, one-bedroom, three-floor walk-up apartment, two blocks north of 26th Street in the Little Village neighborhood of Chicago. The family had immigrated, under uncertain legality, to the U.S. from the Mexican State of Tabasco, three years prior to Danny’s birth. During the visits with my mom and John, my mom would check-in on the birth mother to see if she was feeling well, eating properly, and taking all necessary pre-natal precautions. John and I would play with Danny’s older birth sisters. Our games of tag and hide-and-go-seek transcended the language barrier that existed between the four of us and distracted our youthful minds from the nature of our visits. However, the visits and play dates were cut short as Danny’s birth came prematurely. Preparing themselves to face the long road that was ahead of them in raising a “premie,” my parents cut communications with the birth family after the adoption papers were signed, not willing to risk an attempt for them to null the paperwork, as John’s birth parents tried to do two years prior.

Just like that, they were gone and our family’s full attention was turned to a 28-week-old Danny and his successful fight to stability in the neonatal ICU. Given the all clear, the Hofmann clan returned to a life in Hinsdale, now with five of us.

Throughout the rest of my high school life, while driving along the same route that all of a sudden had newfound meaning, my commutes often became periods of reflection, rather than a monotonous daily routine. By closely observing and researching the area I drove through, I came to appreciate the gravity of the birth family’s situation. In order to continue to survive in the United States, on the lower-than-minimum wage salary Danny’s birth father earned, with their two daughters, Danny’s birth family gave up their first son. They risked it all to continue providing for their two daughters; two people who share DNA with my youngest brother, two people whom I’ve met and played with, but also the two people he might never meet and play with.

I only began to realize this level of devotion to survival through my own parents’ love for my brothers and me. Looking back, I sympathize with their option to provide for their existing family. It is through their experience that I come to appreciate the importance of family in my life. I know I can take my parents and John and Danny for granted, however, through all of the petty arguments, fights, and tears that family members can inflict upon one another, I recognize, through my own experience, that not all people have the opportunity to keep their family together.