A Canadian’s dreams are given purpose

I run to my dad and hug him as he leaves for work. He kisses me on the cheek, tells me he loves me and heads off to Guida’s Dairy Plant where he bottles milk on the graveyard shift. It is cold that January night.

By the time I was 8, my father had reminded me regularly of all the summers that he spent working on a potato farm to help provide for his family and that he dropped out of school when he was just 13 years old to work full time. His mom, a widow, struggled to feed him and his eight siblings, let alone provide them with proper clothes to survive the harsh winters. Growing up, my father longed to escape poverty and have some sort of meaningful impact on the world around him.

He enlisted in the Canadian Army where he spent months polishing artifacts at a military museum in Nova Scotia. Frustrated with his job and yearning to make an impact in the world, he moved to New York and enlisted there in 1979. His lawful permanent resident status made him eligible to enlist. He served in the army for seven years. He spent most of that time stationed in Germany where he repaired tanks and even guarded Checkpoint Charlie, the point of entry between East and West Berlin. He always referred to that time as the proudest seven years of his life.

When he returned from the military, he settled in Southington, Connecticut, where he met my mother. A high school dropout, she worked as a fry cook full-time. They mar 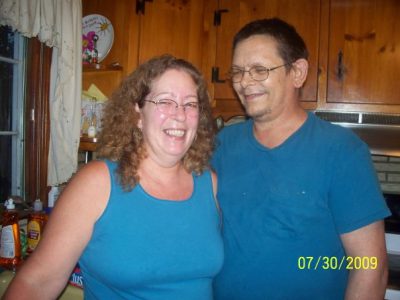 ried on Valentine’s Day 1986, and two months later my brother was born. My father started working nights at the dairy factory around this time so he could take care of my brother while my mother worked. Soon they bought a house and adopted two dogs, and then I came along and things were great.

My father attained the American dream. He had a house with a yard, a white picket fence literally, a wife and two kids.

But he lost everything that cold, January night — as he left for work.

I remember hearing the phone ring in the kitchen and the horror on my mother’s face as she spoke to the man on the other end of the line. My father had been hit by a drunk driver on his way to work. His car had rolled over three times before colliding with a tree.

The accident shattered his shoulder and three bones in his left leg and compressed nerves in his spine. For months he could hardly move. Even the parts of his body that weren’t fully damaged struggled to function. The doctors said he likely wouldn’t make a full recovery.

This was a man wh 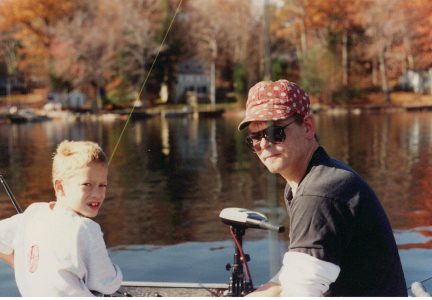 o enjoyed chasing his daughter around the backyard, taking the dogs for walks around the neighborhood, going on fishing trips with his son, and dancing around the living room with his wife. He lost all of it.

The reality of his situation sunk in slowly for him over the months following the accident. Distraught, he started drinking heavily. Unable to work and laden with medical bills, my father often said he felt like a failure because he could no longer provide for his family.

We lost our home two years later and moved in with my grandmother. My father sank deeper into his addiction.

Nearly five years after his accident, my mother received another phone call. My father was out drinking with friends. He had fallen and couldn’t get up, so his friends called an ambulance. Doctors determined that both his kidneys and liver had failed. He died within a week.

Although he was born and raised in Canada, his casket was draped with an American flag. He entered this country with little more than his dreams and the clothes on his back, and he found happiness and prosperity in America.

Such is to be my dream.