I learned the blues in Texas

Mr. Farquahar is lecturing about bass lines and Eric Clapton. Our class, called PACE, is in the middle of a unit on the origins of blues music. We discuss history and anthropology while bobbing our heads to “Bell Bottom Blues.” For most of us, it is our first time hearing artists like Eric Clapton or Muddy Waters. 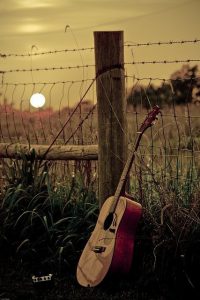 Blues music was influenced by Hispanic music, which in turn influenced genres like latin rock and jazz. (Photo from Love At Dusk Tumblr page)

This is Texas—turn on the radio and you will most likely get a country music station. You are almost just as likely to get a Spanish station. Regardless of what station we listen to, everyone in class can appreciate how blues music influenced what was playing on our stereo.

The PACE class isn’t for everyone. Only a select few get to take it. Plano Academic and Creative Education is for students who score well on an ability and achievement test. It’s supposed to be for students who think outside the box, but it has the reputation of being a marker of high intelligence. To get in, kids had to do well on the standardized test and in the classroom. All the smartest kids were in the PACE class so everyone wanted in.

I’ve been in the class for a few years. So has Sergio. I hardly know him though. He’s quiet, doesn’t bother anyone and doesn’t speak up in class unless Mr. Farquahar makes him participate. The rest of us are chatty. Sergio doesn’t cause any problems. He keeps his head down and does his work. I’d say he’s a wallflower just trying to fade into the background.

He sits in the back and keeps quiet. I figure he doesn’t talk much because he’s shy. When he gets called on, he has intelligent things to say, although his English isn’t the best.

Suddenly, Mr. Farquahar diverts from the blues without warning. My brow furrows. He hands out an article. It’s about illegal immigration.

Mr. Farquahar fosters an open discussion. It’s a sensitive issue in Texas. For every first or second-generation Mexican-American, there is someone advocating for stricter border control. Mr. Farquahar handles the subject with care, trying to get the class of 7th graders to see illegal immigration from multiple perspectives.

By the end of class, I begin to put the pieces together. I recall that when Mr. Farquahar called roll, Sergio wasn’t there. He didn’t respond to roll the day before either. But I had thought nothing of it yesterday. It’s flu season after all.

After that day, Mr. Farquahar stopped calling Sergio’s name when he took roll. I asked my friends if they had drawn the same conclusion about our illegal immigration discussion but most of them hadn’t even realized that Sergio stopped coming to class.

I realized something else. I had always felt strong ties to Mexican traditions and customs, as they had become a big part of my life. Even though I’m not Mexican, a bit of salsa dancing or the smell of Barbacoa makes me feel closer to home. I realized that as much as I wanted to embrace the culture of my peers, I would never know some of their struggles. I would never know what it’s like to have a quiet and prosperous life uprooted in an instant.

I wish I had known Sergio better. I have no clue where he is today. I can’t say he crosses my mind too often and I doubt some of my classmates even remember him. His disappearance went largely unnoticed. After the class returned to Eric Clapton, our immigration discussion was long forgotten. Sergio’s status caused him to lay low. As a result, his disappearance faded into the background.

It took years before I was able to confirm with my teacher that Sergio had been deported.