There’s no textbook for suffering in silence through Islam 101 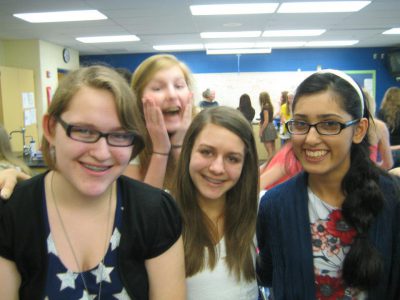 We’re sitting in Mr. Perez’s sophomore Global Studies class. Things are getting awkward. We are discussing Islam, Muslim history, and the concept of jihad. No one says anything, but everyone’s eyes shift toward Mahnur, the quiet girl sitting next to me. Mahnur and I have been casual friends since freshman year, but we aren’t very close. I know that she’s a Pakistani Muslim and that she has a brother named Abdur, but that’s about it. She doesn’t talk much about herself, at least not about her religion or where she’s from.

Mr. Perez turns to jihad and its significance to Islam. He says it’s a holy war, a tool to spread Islam across the globe. Mahnur’s jaw is clenched shut with alarming intensity. I can tell she wants to speak up, but hers is more a “suffer in silence” model of conflict management. I whisper to her to tell me what Perez is getting wrong this time. This is not the first or the last time he’s made some less than accurate remarks about Mahnur’s faith.

Mahnur says nothing and stares down at her desk, until Mr. Perez calls on her. She’s used to it. She’s the resident Muslim in the class, so it falls to her to explain, and sometimes justify, Islam to our classmates.

She tries to explain that jihad is, in fact, not a holy war, but a struggle for 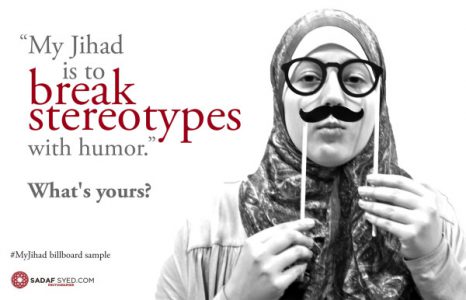 God. Jihad is anything a person must struggle with in order to keep the faith and live as God intended. Jihad is resisting the temptation to eat bacon, it’s being kind and patient with people who do not understand, and it’s loving neighbors even when they might not love back. Jihad has nothing to do with violence or holy war, she explains, and anyone who claims that it does is not living the truth of Islam.

Mr. Perez looks unconvinced and continues with his lesson, but her short speech, nervous and sincere, strikes a chord with me. I realize then that this is her jihad. Getting up every day and defending herself is her holy struggle. She gets called on day after day to represent and defend her faith, the faith of over a billion other people.

She is the personification of some of our classmates’ biggest fears. She’s a brown immigrant from the Middle East. She speaks Urdu to her mother on the phone. She prays every week in a mosque. But she also loves Eminem and basketball and art. She listens to punk music and hates chemistry and talks a mile a minute.

She’s a teenager just like the rest of us, trying to find her place in the world. The difference is her place is not entirely up to her. It’s been shaped, for better or worse, by where she comes from. No matter how long she’s here, she’s always the brown girl from Pakistan. She’s only 15 years old, but to the kids in our school, she’s scary. They look at her and see everything we’ve been told to fear since 9/11, but every day she holds her head high, comes to school, and faces the leering glances. She answers questions, no matter how insulting, just happy people are open to learning. She gets through the day even when people call her religion “violent” and “barbaric” and ask her when she’ll be forced to wear a veil or if Pakistan is as crazy as they’ve heard. She serves her jihad, grappling with being both herself and the poster girl for American Islam.

Mahnur looks down again at her desk. She doodles flowers in her notebook, tuning out most of what Mr. Perez is saying. As hard as she tries, fighting stereotypes at all hours of the day gets tiring. Eventually the bell rings. We gather up our textbooks and binders and start filing out of the classroom. While I am still dwelling on the class we just had, Mahnur doesn’t think twice about it.

My moment of revelation is just her life. She’s not the holy figure of the perfect Muslim, but she’s not hiding her faith or her history. She’s just a kid, trying to figure things out.