As Trump begins his presidency, Korean businesses in Chicago continue to struggle

Jack Kim, an employee at Modern Pharmacy & Gifts, sits idly on a dreary Saturday afternoon in February without a potential buyer anywhere in sight. He’s worried about the store’s future.

Modern Pharmacy was established more than 30 years ago on Lawrence Ave. to serve Korean customers in the city’s Albany Park neighborhood.

Today, “Modern Pharmacy is neither modern, nor a pharmacy,” as Yelp reviewer Katie B. keenly notes.  Its Korean customer base is steadily drying up. 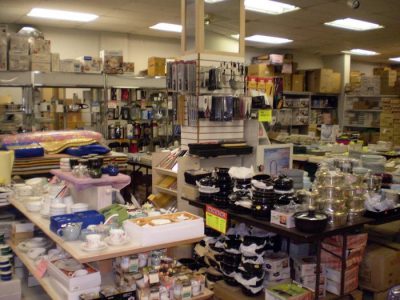 The back room of Modern Pharmacy and Gifts.

With Chicago’s Korean American community migrating in recent decades to the suburbs, leaving behind economically less-successful and culturally less-integrated segments of its population — and as President Trump’s new policies threaten the economic viability of immigrant-owned businesses even more — Albany Park’s so-called Koreatown faces a crises for its remaining Koreans.

Modern Pharmacy, for one, actually finds itself in better shape than many of its former counterparts; it, at least, still exists. Along the neighborhood’s 12-block main commercial district along Lawrence Ave., the number of Korean-run businesses fell from 158 in 1997 to just 55 in 2014.

Over the past three years, moreover, that number has continued to drop, and Korean Americans are worried the effects of the new Presidential administration will only accelerate the decline.

Rise and Fall of Koreatown

Albany Park began to take on the first dimensions of Koreatown in the 1960s, when an influx of Korean immigrants to Illinois gradually replaced the dense concentration of Jewish people who had previously called the neighborhood home.

With many immigrants bringing college diplomas from South Korea but unable to find anything more than factory work in Chicago, a large portion turned to opening small businesses to serve their fellow immigrants. Lawrence Ave. revived as the main thoroughfare of cars, pedestrians and shoppers through the neighborhood.

“In my research, we find that many Koreans had no choice but to get into entrepreneurship, because…working in manufacturing for low wages (leads to) financial hardship, so they had to find some other opportunity for their financial needs to take care of their families,” says Jin Lee, the business director at Albany Park Community Center.

In 1993, Lawrence Ave. was given the honorary name of “Seoul Drive,” recognizing the strong Korean influence in the area.

But that influence was already starting to decline. Korean immigration to Illinois had dropped from nearly 2,500 per year in 1988 to just over 1,000 per year five years later. The new stream of immigrants entering the city — for whom Albany Park was seen as a gateway community — proved unable to make up for the outward stream of upwardly mobile Koreans, who Lee says tended to follow the Jewish path of decades past to the suburbs in search of better schools.

Such a diaspora equated to the Korean-American community “no longer supporting a central commercial area” adequately, writes John Koval, the author of The New Chicago, a book documents the that documents Chicago’s transformation from a  New Chicago’ is a comprehensive and contemporary view of Chicago, the quintessential American city into a postindustrial, global city.

Today, fewer than 12,000 of the roughly 50,000 Korean Americans living in Cook County live within the Chicago city limits, representing a drop of 3 percent in the same 15-year time period as the county’s overall Korean American population has risen 13 percent. 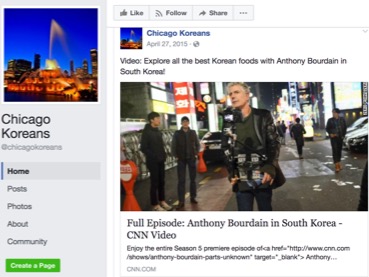 “I wish we were more closer together,” says Irene Sohn of Hanul Family Alliance, a Chicago-based Korean association. “To think that Chinatown, where everybody’s there and they do so much with fundraising, with advocacy. We’re very much spread out, so in that sense I feel it’s difficult at times to really get our voices together.”

Families and wealthier immigrants — the demographic groups with the largest shopping needs — are now largely located outside the city.

The effects have certainly been felt in Albany Park.

The decline in Lawrence Ave. Korean businesses from 158 in 1997 to about 50 now has been impacted by a convergence of factors: a dramatic influx in Hispanic immigrants, the 2008 financial recession and the disappearance of Korean customers.

“Because (Korean-Americans are) moving out, the remaining Korean businesses are no longer able to conduct business exclusively targeted to their own ethnic community,” says Lee. “So they have to shift their paradigm to target non-Koreans.”

Many of those non-Koreans already have their own ethnic stores at which to shop.  Hispanic-owned businesses on Lawrence Ave. have increased fivefold — from 24 to 127 — in accordance with the spike in Latin Americans living in the neighborhood. Middle Eastern-owned businesses have nearly doubled, from 28 to 48.

Beyond the difficulties of reaching outside their ethnic base, Korean businesses are also struggling to compete with the convenience of suburban strip malls and the cheap prices of chain superstores.

“Ethnic businesses are having a hard time finding the right product at the right price,” adds Lee. “It’s the same situation with the residents. Many of them say there is nothing to shop for, that they do not have the businesses that they want to see.”

That’s been the case at Modern Pharmacy & Gifts.

Even after removing the pharmacy part of the store for which it was originally named, the establishment is still struggling to bring in customers and make ends meet financially.

That’s also been the case at TFA Signs, a Korean sign-making business on Kedzie Ave. a mile north of Lawrence, which has been run by the immigrant Sung family for the past 25 years.

“All Chicago Korean businesses have been affected because everybody’s moving out to the suburbs,” says the youngest, whose ability to speak English is one key reason that TFA Signs has been able to avoid succumbing to the tide. “When the main portion of the businesses move to the suburbs, a majority of the Korean community moves too, because they’re only comfortable with talking to each other.”

In recent years, Lee says many Korean business owners have complained to him about strict Chicago regulation of small businesses like theirs.

The city has enacted, he says, new charges on annual business license renewals and  exterior signage and has increased fees on amenities like liquor licenses and parking.

With Trump playing out his scattered agenda, those same businesses are concerned that Trump’s harsh policies on immigration and foreign trade will soon begin creating a problem for them nationally and internationally.

“Many immigrant businesses owners are fearful and uncomfortable about where the leadership is moving to,” Lee says. “The small mom-and-pops … many of them are hiring undocumented people and low-wage workers in order to compete to provide the right price,” and those undocumented people — if sweeping deportation orders come — may soon not be available to hire.

Jack Kim says he’s concerned that the potential elimination of free trade agreements with Asian nations will prevent or limit him from importing the products he sells on the non-pharmaceutical shelves of Modern Pharmacy.

The Trump administration is also having an impact on the Korean immigrants that the neighborhood’s businesses rely on.

“I know a specific family who has been involved with our organization who is seriously considering immigrating out of the U.S. because of the recent political climate,” says Yujin Maeng, an organizer at Hana Center, a Chicago-based Korean association. “Folks … are having to seriously reconsider whether there’s a future that’s viable for them in the U.S.”

Altogether, a declining Korean concentration in Chicago’s Koreatown and a growing list of concerns at the local and national government level present a bleak outlook for the business owners of Albany Park.

And Lee says it’s going to take not just a demographic trend reversal, but also a cultural mindset shift, to change that outlook. 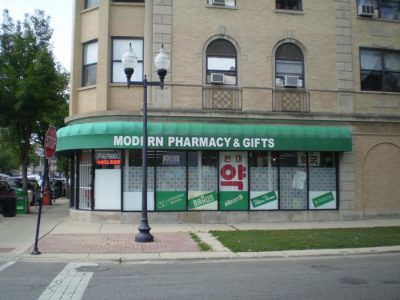 At the corner of Bernard and Lawrence in Chicago’s Albany Park neighborhood.

“We have to realize that immigrant business owners are definitely a plus,” he says. “They contribute a positiveness to the society. They pay taxes, they lease storefronts, they spend their money. They contribute to society.”

Or as Katie B. concluded in her Yelp review: “Best non-modern, non-pharmacy in town.”