by clarissadonnellyderoven | Nov 18, 2018 | Learning the Language, Our Staff |

It’s Monday. Probably raining. It seems to always rain on Mondays. At 12:30 sharp, Sarra arrives, pushing Salamita in a small stroller. Sarra’s deep brown skin glows, her face hugged by a bright hijab. She and Salamita almost always wear matching color hijabs, and the two are never late. Sarra tells me a week in advance if she’s going to miss class, and she almost never misses class.

Sarra –pronounced Sada– drops the baby off in the daycare room next door, which isn’t really a daycare room but becomes one every weekday for two hours. Before, from 9:30 until 12:30, it’s stuffed with adult students, many older than 50, in a high beginner ESL class. None of the ESL classes that cycle through the room decorate the walls, so the daycare does, with an interactive weather poster, a construction-paper bird titled “Mother Goose Time,” and cut-out photos of the babies who take over at midday.

Some of the adults stay after class to help with the daily ritual of moving the 20-plus folding chairs somewhere else in the community center. A baby might be squished if any of these slipped. They pick up two chairs at a time, quickly shimmying down the skinny hallway. The chairs will eventually line the walls and the mothers who will come for their afternoon ESL classes will put their strollers in front of the chairs, both for spacial reasons and to assuage the curiosity of terrible two year olds.

In the daycare room Salamita is in the care of rotating women, young and old, employees and volunteers and employee-volunteers, all Spanish/English speakers. By the time the year is over, the baby from the Ivory Coast (called Côte d’Ivoire in French) is on her way to becoming trilingual.

The other moms wave to me as they come in. They’re my students Tuesday, Wednesday and Thursday, but today they have Parent

Maps of the Ivory Coast and Mexico’s Michoacan state (Wikipedia)

Education class in Spanish. They’re almost all from towns close to each other in Mexico’s Michoacan state, but they met in my class for the first time. Sarra, however, is not from Michoacan and does not speak Spanish. Instead of Parent Education with the other moms, she comes to Monday one-on-one to tutor with me.

When Sarra comes into my room, she pulls up one of the desk chairs so close that it touches my desk. We’ve realized we get the most surface area this way. Sarra and I look about the same age, but I never quite figure out how old she is. In her town in the Ivory Coast they didn’t record birth dates, so her best guess is sometime around 1990.

I’ve already laid out the flashcards on my portion of the desk. On the left are capitalized letters and on the right are the lowercase ones. I decide we’ll go out of order.

“Match the big B to the little b,” I instruct.

I shake my head yes.

“Little b…” this one always gives her trouble. Is it this one: b? This one: d? Or this one: p? In my 20 or so years of reading I realize I’ve taken for granted how identical all these ball and stick letters look.

As we go through the flashcards, I have to consciously try not to relax. Her raspy voice is verbal lavender and it will soothe me asleep if I’m not careful. The rest of the week I work from 9-9, but on Mondays I come in at 10:30 am and leave at 9 pm. A short day. Still, I drift and yawn.

Reliably during these sessions, Sarra asks sweetly why I look so tired, even though I have no babies. She has three babies and she’s fasting for Ramadan.

I tell her I work very long hours. She asks how long. I say usually 12 hours. She says that’s too many. I should relax. I agree, but this is my first real job and the ability to negotiate workplace power dynamics escapes me. I leave that last part out.

After she’s matched all the big letters with their small letter counterparts, we take a break from the written stuff. We catch up, chitchat. How was your weekend? What did you eat? 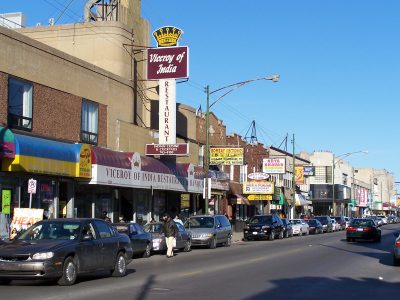 This weekend, she tells me, something sad-funny happened. On Sunday her baby, as she refers to Salamita, got ready to go to school and started sobbing when Sarra informed her that she could not go to school because there is no school on Sundays. Salamita loves going to school here, she says.

Comments like these make me recognize that conflicting things are true all at once. It is true that I, having graduated from college five minutes ago, truly have no business teaching grown people ESL in four different classes. It is true that I’m jaded and demoralized about how overworked, under-qualified and underpaid I am. It is also true that the work we do here benefits those who come. Salamita cries because she misses school, the mothers from Michoacan find each other in afternoon ESL classes, Sarra learns the difference between b’s, d’s, and p’s, and on and on.

Sarra joined my class one day in February, shortly after I’d been moved out of my classroom, relegated to the basement with pipes that slowly make puddles on the floor and a floor that rapidly turns into a sea when it rains. I was moved downstairs so the daycare could move upstairs– but only on Tuesdays and Thursdays. The day care had been in the basement for the past five months. The drippy pipes and floor floods weren’t suited for anyone, and especially not a group of one, two, three and four year olds.

Sarra was the third student added to my course who had never learned to read or write in her native language. The first was a woman from the Congo named Musanabera who the Spanish-speaking students lovingly nicknamed Musita, and the second was a woman named Elsa from Guatemala. Sarra was thrown into the classroom as disruptively as the other two had been. In the middle of a class someone from the office opened the door to say that I had a new student, gestured Sarra forward, and ducked out as quickly as she’d come in.

Teaching adults the ABCs for the first time is a different task pedagogically and psychologically than teaching a new language to people who are already literate in their native languages. You can work with students who have different levels of English knowledge. The more advanced ones can help those who struggle. But students who don’t have any experience reading, writing, or being in a classroom require an entirely different approach. Combining these two groups means one inevitably suffers, but funding for additional teachers is scarce to non-existent. So, when I ask the school for help, I get shrugs and some variation of “yeah, literacy level is hard” and “have you tried using the iPads?”

Elsa attended the parent education classes in Spanish, and Musanabera usually didn’t come on Mondays. So it was just Sarra and me. After months of our Monday tutoring sessions, Sarra could match pictures with words. She’d tell me she’d seen this or that food at Devon Market and though we were still a while away from her instinctively knowing words like “zucchini,” now she would try to sound it out. I was still going to work begrudgingly, quietly journaling about the disorder and plotting my exit. But during our sessions Sarra was glad to be there, and so for the next two hours was I.