What will become of my multicultural-ness after I marry an American? 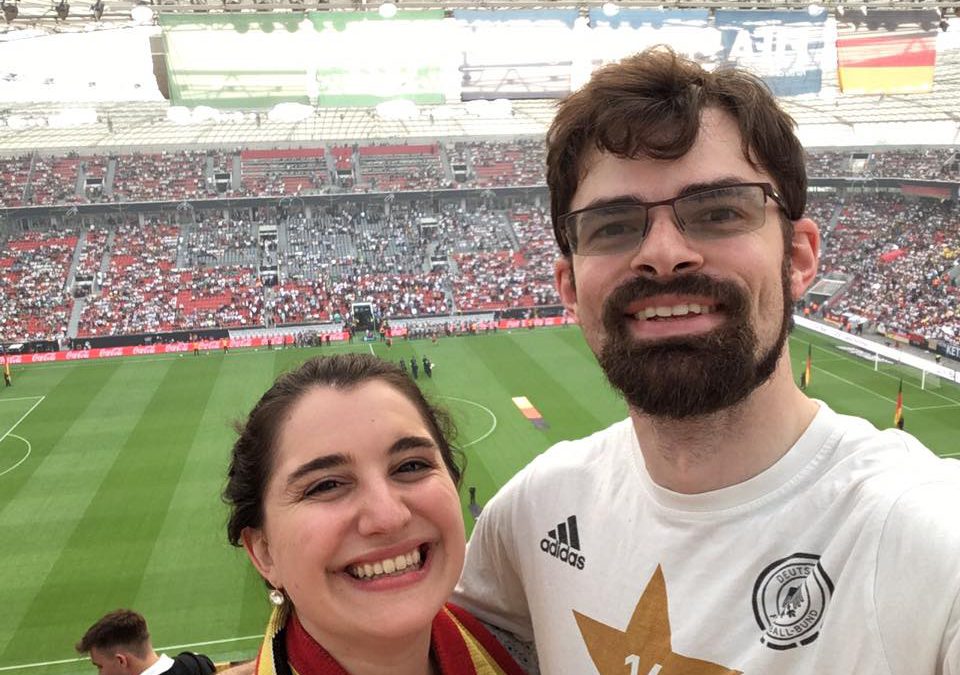 Not much gets past my journal.

“We can’t keep having the same fight, Mike, ” I say, my voice low, yet persistent enough to be heard over the hum of the subway taking us toward downtown Chicago.

By this point I’ve given up on not making the others on the el — a young man in a button-down and vest, a middle aged woman with the hood of a heavy coat pulled up over her head and a white-haired man trying to write code on his computer — uncomfortable.

“I don’t know that what I did was wrong,” my long-legged, rumpled-haired fiancé says hesitantly. He looks down on my 5-foot frame. His thick winter coat envelops his otherwise skinny frame.

I wring my scarf in my hands, adjusting my footing as the train takes a curve. I’m silent for a long stretch, an ache and frustration sitting heavy in my chest. I don’t know that what he did was wrong either.

In moments like these, the differences between our cultures seem insurmountable.

The first morning I wake up in a city of two million in South America, I find myself sitting in an SUV’s trunk-turned-jump seat, squished between the four kids of the American family assigned to give my newly-arrived family — my parents, 8-year-old brother and me, the 12-year-old elder child — a tour of the city.

The stick shift shudders up the steep, pothole-filled road out of our barrio. We crest an impossible hill, then, my breath stops. Quito, the capital of Ecuador, rolls below us, sweeping up the mountains standing watch in the distance.

Photo of me on top of the Pinchincha Volcano in Quito, Ecuador.

Just twelve hours in the country, I fall in love.

It was common at the international school I attended during my six years living there to hear Japanese, Korean, French or Portuguese as I walked the school halls, and kids switched fluidly from Spanish to English and back in the same sentence.

Petite with dark brown hair and eyes, I blended in easier than most Americans. Slowly I learned: to speak Spanish with the lyrical accent of the Andes, to mimic the mannerisms of those around me, to eat guinea pig without flinching when offered.

I had free, whirlwind high school years — repelling off cliff faces, swimming next to penguins in the Galapagos Islands, dancing on friends’ rooftops with just the city to light us. Six years later after arriving my family left: I to go to college, they to return to St. Louis, and we all to figure out how to be Americans again.

For me, that still hasn’t happened.

“You’re not American?” a girl asks me, startling me out of a conversation with my college roommate, Alyssa. I’m sitting on the thin grey carpet of the dorm lobby, talking about growing up in Ecuador and my first months attending college in a small, cornfield-ringed town.

I turn and see a blond student, about my height, staring and waiting for my answer.

I am American, I say, at least my passport is. I try to avoid these conversations with people who don’t know me.

Confusion crosses her face. She tries again, “Then you didn’t grow up, wherever you said?”

I did, I reply. I then give one of my pat “life story” answers — the ones I use when I don’t know how much someone cares to listen.

This time, there’s a little hostility in the voice of this stranger who has taken over the conversation: “Then you don’t have an American passport.”

The girl looks at us for a couple beats and then leaves.

Alyssa became my lifeline our first year in college. She was sitting across the room the day I broke up with my high school boyfriend, still living in Ecuador, over Skype. She was sitting next to me when our RA told me the solution to culture shock was to “be myself.” Slowly, as I made my way through new classes, choir tryouts and dorm meetings, Alyssa answered my endless questions about the culture I was born into, but in which I no longer feel comfortable.

I miss English, Alyssa says, her voice sounding tinny over Skype. I’m sitting in my house in the same town where we went to college.

She’s more than 4,000 miles away in Frankfurt, Germany. She moved there the year before to be with her boyfriend Dennis, a German she met at a conference during college. 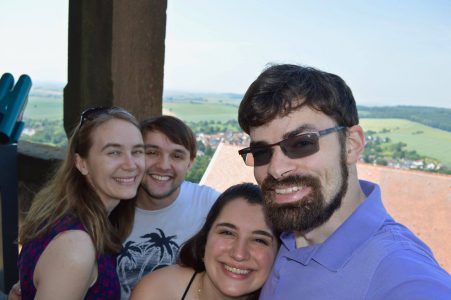 Alyssa, Dennis, Mike and I visiting a castle near Waechtersbach, Germany.

And I can’t keep eating sausage, she says, admitting that she’s learned she has an aversion to the German staple and its dozen varieties.

But there’s one German sausage I think you’ll be interested in in the future, I tease her suggestively.

“Maria!” she says, shocked and blushing as I laugh. We’re thinking of getting married, she tells me after she recovers.

The day has turned cold and rainy afternoon as I sit in Mike’s living room typing this, Chai tea steaming next to me and a blanket thrown across my lap. I’ve been messaging with Alyssa over Whatsapp about my fight on the subway with Mike earlier.

I text her: “Do you ever worry about the fact that you married someone from a different culture, and how that changes your own culture and how that might affect your kids’ cultures? … I’ve been thinking about me and mike and you and dennis and how cross-cultural life is so strange.”

I add: “and good and beautiful and hard and all of the above.”

“Yeah definitely,” she writes back. “Of course it’s slightly different from your experience. But it’s also similar in a way. They won’t be fully American or fully German. They are fully both. Which I think is amazing, yet of course intriguing and different. What are you gonna write about in your article?” 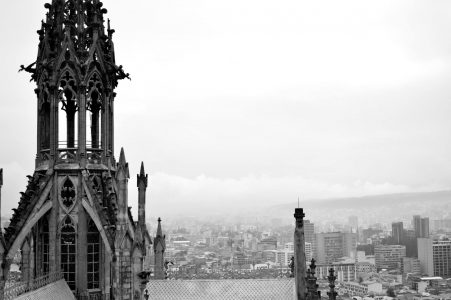 The view of Quito, Ecuador, from the Basilica del Voto Nacional, the largest neo-Gothic basilica in the Americas.

After a moment, I reply: “Recently as I’ve been thinking about getting married, I’ve had this weird thought that’s almost mournful that marrying an American means I’m that much more removed from my multicultural-ness … and my kids are going to be removed from it too. Like not that I’m regretting marrying Mike, but somehow it feels like a final nail in the coffin, although I know that’s totally illogical.”

“Do you ever feel like you’re losing your ‘American-ness’ living in Germany?” I ask her.

Mike and I in Koln, Germany, watching a World Cup Match between Germany and Saudi Arabia. The tickets were an anniversary gift. It’s always been a dream of mine to watch Germany in the World Cup.

Mike comes down the steps and sits next to me on the couch. It’s time for us to meet some of his friends at our favorite Peruvian restaurant nearby. He waits while I finish my thoughts.

We made up from our fight this afternoon. It was silly, one that might happen to any couple: I expected him to run errands with me. He thought I was doing my own thing, which made me late.

It left me wondering, though, if growing up in a communally-focused culture made me react as strongly as I did. I wonder if I’ll ever sort through the lines between my cultural identity, my personality and what I need to work on.

Mike set up the dinner with these particular friends, both immigrants from Mexico, knowing Hispanic people and South American food are comforting to my heart when I’m homesick.

His intuition on when I need some cultural diversity is just one more reason that I love him. It’s gestures like these, small in scale but significant in meaning, that assure me. On days I fear I may never find home again, he gives me the courage to try.