As a refugee, what does it mean to be free? 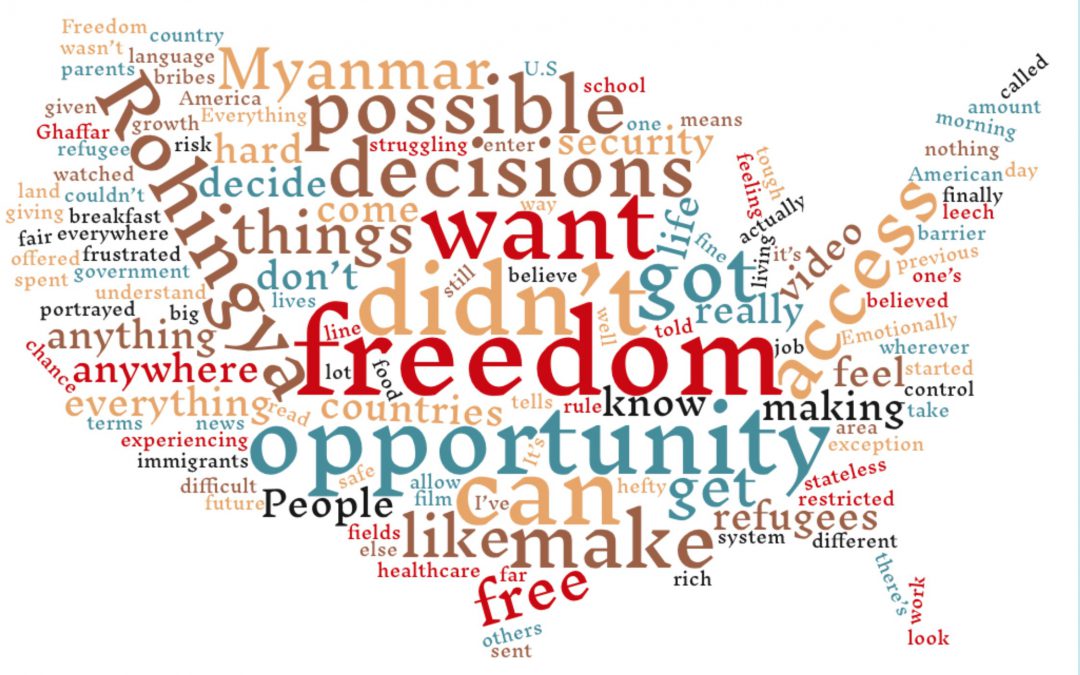 When Imran Mohammad left Myanmar to escape the persecution of Rohingyan people, he never thought he would land in America, a country where everything was so different. If it were up to him, he’d have been able to live a safe and peaceful life in his home country.

The most important thing to remember about Rohingyan refugees like him, according to Mohammad, is that no one wants to be stateless or to seek refuge in a strange new country. A refugee’s life, for the most part, is not a life of choice. 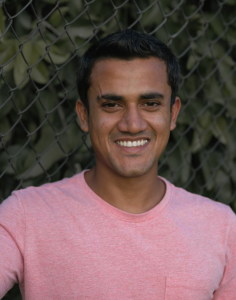 Mohammad, now 24 years old, left his family and his home in Myanmar when he was 16 in order to save his life. After bouncing from Bangladesh to Malaysia to Indonesia, where he was detained for nearly two years, he arrived in Australia. In 2013, then Australian prime minister Kevin Rudd declared that no person who sought asylum in Australia by boat would ever be allowed to settle in the country, even if they had family there.

All refugees arriving in Australia after July 19, 2013, were to be taken by force to Manus Island in neighboring Papua New Guinea. Mohammad spent five years in detention there before his application for asylum was approved and he received the documentation required to obtain refugee status in the United States.

“Before I got [to the U.S.] I did not make decisions for myself, no control over my life,” Mohammad says. “Someone else was making decisions. When I got here I called my mom and I told her 100 times that I am free. And then she didn’t believe me, so I had to film myself and sent her a video and she watched the video and then she finally believed me. I was free.”

Though Mohammad enjoys his newfound freedom in the five months he’s spent in the U.S., he is quick to point out that many other Rohingyan refugees do not – and cannot – feel the same. “Emotionally, they are not free,” Mohammad says. “They are still at home, they are not here. They are not experiencing the things that they could.”

Mohammad’s long-awaited feeling of freedom can be hard to come by for most refugees. Language barriers, literacy, culture shock, and emotional trauma make it difficult to feel free and at ease.

“People are struggling here actually,” says Anuwar Kasim, a 43-year-old Rohingyan refugee living in Milwaukee. “My people, when we were living in Myanmar, we didn’t have access to education, access to healthcare. We didn’t have access to anything.” Kasim arrived in America with his wife, two children, and two brothers in June 2015. “But here, in terms of food security, life security, people feel more safe. People feel more freedom. But there are others who don’t know English and don’t know the system very well,” he says.

Kasim credits his father with the success he’s had learning English. “He spent everything for me to get an education, after giving a hefty amount of bribes in Myanmar.” Kasim is the exception. Most Rohingyan refugees come to America with no education because the government in Myanmar does not allow them to attend school.

“The language barrier is the most difficult thing that they are facing,” Kasim says of other Rohingyan refugees in his area. “Every day there is a long line trying to enter my house to read and make them understand what everything is about.”

Language and literacy stand as significant barriers for refugees of any origin. Without English literacy, paperwork becomes a near-impossible task. Many refugees rely on religious charities and refugee support organizations to assist with paperwork for leases, drivers licenses, utility bills, and green card applications.

In the face of these challenges, refugees manage to find their way – and their freedom – in America. Mirjan Abdul Ghaffar, another Rohingyan refugee in Milwaukee, is a 22-year-old mother of three. She arrived in America with her husband, children, and parents in October 2015.

“English is fine for me,” Ghaffar says. “English is hard for my husband and for my parents. I like here. I can apply for a job everywhere. That is different than other countries that I was before. I can learn here anywhere. I can do anything here!” 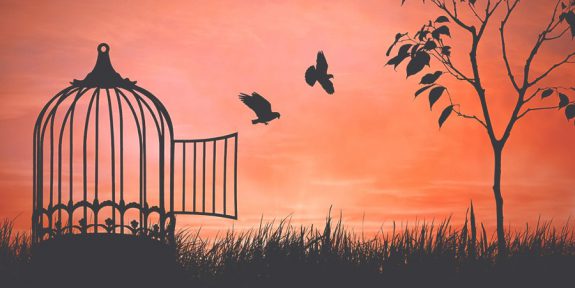 To Ghaffar, with freedom, come options and mobility. “It’s a freedom that we couldn’t do in previous countries,” she says. “In Burma we were rich people. We had big fields, but that wasn’t freedom because [the government] did not let us go anywhere.”

For more established refugees who have resided in the U.S. for many years, freedom can come with time. Hang Tran, a 42-year-old Vietnamese refugee, came to America when she was 10 years old, and now works as a business analyst in Milwaukee.

“Here, there’s the freedom to pursue a future and not be restricted to opportunities given to you,” Tran says. “Freedom means that there is that opportunity for growth, and the freedom to decide what you want to do and feeling like you have a fair chance. No one’s going to risk their lives to come here and not take the opportunity to go as far as they could, and work really hard to get where they are.”

Though freedom holds different meanings for each refugee, they all experience a weight lifted after leaving oppressive and restrictive governments in their home countries. English literacy, culture shock, and discrimination in America can make refugees feel less free, especially at first. But the ability to choose how to live one’s own life is the greatest freedom of all.

“When I got here I started making decisions for myself,” Mohammad says. “When I get up in the morning, I decide what I want for breakfast. No one tells me. I can go wherever I want and I can make my decisions for myself. Everything is tough, but things are possible. Before I got here nothing was possible. This country has offered me this freedom.”