Let the negotiations begin: The President’s made-for-TV offer is as good as the Twitter feed it’s written on 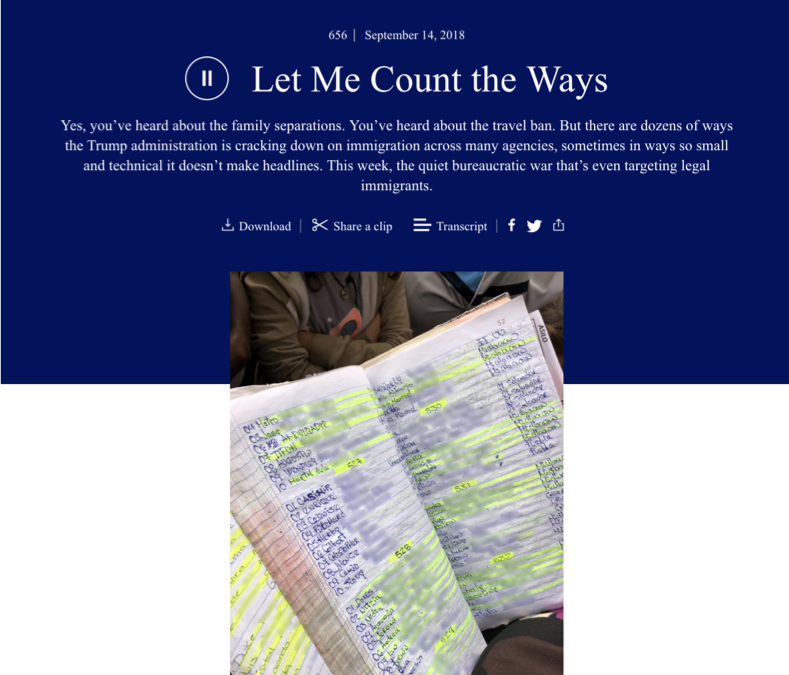 President Trump’s offer on Saturday is worth negotiating, and I’d like to make my good offices available to shepherd it through. The president’s opening made-for-TV offer, it seems, is $5.7 billion dollars in funding for a wall in exchange for three years of protection from deportation for 700,000 Dreamers and 300,000 TPS holders, with some other elements thrown in.

What the president didn’t say when he touted his offer as “a common-sense compromise both parties should embrace” is that he’s under federal court orders to continue the DACA program and that since October he’s under a different court order that prohibits his administration from deporting Salvadorans and Haitians on TPS status while a judge looks over email exchanges between Trump administration officials to determine if the decision to deport them is “based on animus against non-white, non-European immigrants.” Sounds like the same scenario that got the Trump administration in a ringer on the census citizenship question. They talk too much and the courts take notice.

The Supreme Court signaled the other day that it is not going to hear the DACA case this term, so thanks to the courts, much of what Trump is offering for DACA recipients, he has to do anyway…for now.

Still let the negotiations begin. They will take time. The Democrats’ answer seems to be that the offer is a non-starter and that they won’t negotiate until Trump releases the federal employee hostages first.

Democrats, don’t forget that in addition to holding 800,000 federal workers hostage, Trump is also holding hostage 550,000 productive young Mexican-Americans, 200,000 Salvadorans, 50,000 Hondurans and 50,000 Haitians who’ve lived and worked legally in the US for years.

My unsolicited advice to the Democrats is to begin negotiating. Demand that the shutdown end, but if Trump doesn’t end it, at least negotiations will be on the table. He wants $5.7 billion to save face. Ridiculous. But use it. In return, good people who’ve been in the country for years should get a path to citizenship. Sublime.

Negotiations that run from the sublime to the ridiculous.

I don’t need to tell anyone that if a deal were to emerge with the president, don’t trust it. Don’t even just verify. Build in irrevocable terms that start immediately. Though the president didn’t actually write the Art of the Deal, he wrote the book on The Art of the Reneged Deal.

Featured image: Let Me Count The Ways is a multi-part series produced by This American Life. It aired on Sept. 14, 2018.

——-
Jack C. Doppelt is a professor at Northwestern’s Medill School of Journalism, Media, Integrated Marketing Communications,  founder and publisher of Immigrant Connect and SJNN (Social Justice News Nexus) and author of this failed attempt to appeal to the Republican conscience – If Trump Makes It One Year Without Impeachment, Then Let’s Talk Supreme Court Nominees