My mother is an artist 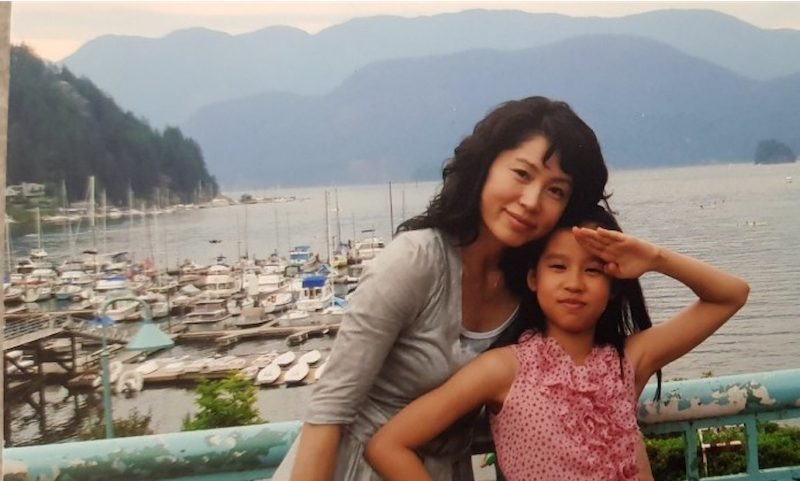 I’m sitting at the kitchen table with my ESL homework laid out in front of me when my mother walks in and tosses something on the table. It’s my mother’s art portfolio, featuring her best artwork throughout her career. I look up and notice sadness in her eyes. My mother sighs and forces out a smile for her daughter, then leaves the room.

For most of my childhood, my mother didn’t talk about what makes her sad. Even when I asked, she’d tell me that everything is fine. This was especially the case after we immigrated from Seoul to Vancouver when I was eight years old.

Around the same time that I started taking ESL classes in my first school in Canada, my mother started taking English lessons at a local language learning center. I remember walking out the front door in the morning with my mother, me with my Powerpuff Girls backpack and my mother with her sophisticated leather tote. It was funny, how we were both students at the same time. I also remember that my mother stopped going to classes after a couple of months.

It wasn’t until I was in high school that my mother began to open up to me about her struggles. In my sophomore year, I was assigned an art project for my English class and I decided to ask for my mother’s artistic opinion. During the conversation, I asked her why she stopped making art when we moved to Vancouver. She told me she doesn’t feel she can do it in Canada. I asked her if she’d shared her art with anyone in Vancouver. She hesitated, then recounted what happened at the language learning center.

During one of my mother’s English classes, the teacher asked everyone what they did for work before moving to Canada. My mother shared that she’s an artist. The teacher suggested that my mother bring in some of her artwork for a show and tell, just like what my teacher asked of us in the third grade. My mother brought her art portfolio the next class. She told me that she noticed a look of shock on the teacher’s face. The teacher expressed surprise that my mother was actually a professional, not an amateur. My mother explained that she studied sculpture in Rome for eight years and became a tenured art professor at a university in Seoul. The teacher wondered why, with her career blooming, my mother moved to Canada where she couldn’t even speak enough English to sell her work. My mother shared with me that in that moment, she became embarrassed and ashamed that she had to prove her professional artistic ability in an elementary setting of show and tell. That evening was when my mother tossed her art portfolio on the table – when I saw the sadness in her eyes. A few weeks after the incident, she stopped going to classes.

This was only one of the many stories of my mother’s struggles as she adjusted to life in Vancouver. She faced condescending attitudes, mockery and reprimands for not talking or looking like those around her. She kept all the stories bottled up to maintain a strong front for her daughter.

As an eight-year-old kid, I had the privilege of being around other kids who were more welcoming than judgmental. Perhaps, they were too young to be exposed to discrimination yet – too young to have learned the intolerance and the hate ingrained in society. As an adult, my mother was treated with more stereotyping and outgroup bias than with kindness and support. As a kid, I felt like I had a whole new world ahead of me to grow into the person I would become. As an adult, my mother seemed to feel like she had left behind her whole world that she’d worked so hard to build. I realized that what was an opportunity to develop a new identity for me was a loss of identity for my mother.

A couple of months ago, I got a phone call from my mother who’d recently moved back to Seoul. She told me that she’d just finished a sculpture, the first one she’d created in a very long time. I could hear the sheer joy and pride in her voice. I asked her why she returned to art again. She said, “I can do it here.”

Feature photo: My mother and me shortly after we moved to Vancouver from Seoul. (Photo credit: Family archives)