Has political participation and civic engagement changed in the Asian-American community during the Trump administration in any way?

For Wendy Zhu, participating in politics was the last thing on her mind when she immigrated to the United States in the 1990s with her husband. She was too focused on making a living to support her husband and newborn son and trying to adjust to a new culture and environment.

“We were just trying to survive, she explains. “We didn’t have any time to get involved with politics, and it just didn’t matter too much to us.”

Zhu, like many other Asian-American immigrants, also didn’t have the right to vote for the first decade she lived in America because she wasn’t an American citizen. Even after getting her citizenship almost 20 years ago, she’s only voted in two elections. 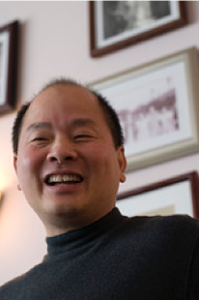 Not knowing enough about politics is a common issue within the Asian-American community. Registering to vote isn’t the challenge, according to David Wu, executive director of Pui Tak Center, a community center in Chinatown Chicago that specifically helps new Chinese immigrants. Educating them on voting issues and the importance of voting is what’s difficult.

“Immigrants in Chinatown really struggle financially, so they don’t have a wider view of the community here,” Wu explains. “So much of their energy is to just provide for their family members. And then it probably takes a while to see the idea of a collective community and how voting impacts that.”

Zhu, who lives in Gary, Indiana, 25 miles away from Chinatown, says her husband shares a view similar to the immigrants in Chinatown.

“Sometimes, he just says that he can’t change anything with his vote, especially because we live here in Indiana which usually goes Republican. He’s also a lot more concerned with what’s going on in our family than what’s happening on the outside.”

Asian-Americans have historically had among the lowest voting rates out of any racial group. In 2016, only 47% of registered Asian-American voters turned out to vote, compared to 66% for African-Americans and 64% for non-Hispanic white voters.

The political apathy Asian-Americans share comes from their cultural background. Yuping Liu, a financial risk manager who lives in Pittsburgh, says a lot of her Asian-American friends have expressed that feeling. “There’s an old saying in Chinese: ‘Shovel only the snow of your driveway and no one else’s driveway.’ Many people in my community focus only on things that directly affect them, and unfortunately, politics is not included in that category.”

Liu hasn’t been too involved in politics, but for a very different reason. During college, Liu was part of the movement for democracy in China that led to the 1989 Tiananmen Square Massacre, in which thousands of people were killed by government troops and tanks while protesting. 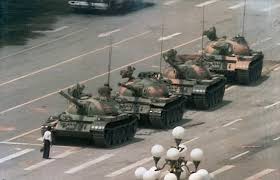 “It was a movement for democracy, justice, fairness and so forth,” Liu says. “It was shut down so drastically, and so after that for many years, I could not talk about that topic. Meaning, if my friends talked about the Tiananmen Massacre, I would just stand up and leave. I just couldn’t talk about it because it was just too much for me to bear. That whole incident really made me and a lot of other Chinese people feel that people who stick their heads out and protest will get their heads beaten down.”

The incident led Liu to keep a distance from politics, even though she recognizes the importance of getting involved. Liu understands the stark difference in free expression between China, where the government still suppresses any sort of free political expression, and America, where speaking out in support of democracy, fairness and justice is common.

Recent developments in American politics have caused Liu to be even less involved in politics today than she was when she first came to the United States.

“I still remember the morning after the 2016 election when I was listening to the NPR news. I literally wept in the kitchen. After that, I just tuned out all the political news. I’m done with all of it,” Liu says. “All of these things [with Trump] happened, and I just don’t have much interest or desire to be a part of it anymore.”

Liu insists that she’s just one of a few who became less politically involved after Trump assumed power. She says that she’s observed most of her friends and other Asian-Americans become more politically active after the 2016 election.

“Trump made people much more excited about politics and increased the divide in this country,” Liu says.

Whether Trump made more Chinese-Americans become active because they supported him or despised him, is still up for debate.

“Surprisingly, when Trump came to office, he got a lot of support from the Chinese community,” David Wu says. “A lot of that support probably came from people who immigrated here in the 1990s, who now live in suburbs and live a pretty comfortable life.”

Wendy Zhu disagrees. “I think people have come out to vote a lot more because they don’t like [Trump],” she says. “I didn’t vote last election because I didn’t like either candidate, but I’m definitely going to vote in 2020. He’s not stable, very extreme and only thinks about business. I think we can do better.”