What do international students in the U.S. on student visas do to adapt if they can’t get an H1-B visa to remain and work in the country? 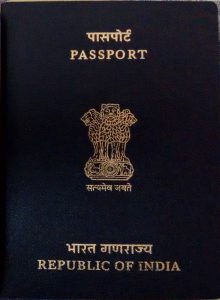 Tejas Shah addresses a slew of legal concerns working in labor and employment law. As an immigration lawyer primarily serving Indian immigrants, Shah sees many clients grasp at straws, trying to find a way to remain in the U.S.

“There’s a lot of people who fall right through the cracks and just don’t have a good pathway to gaining legal status,” Shah said. “That ends up forcing people into making choices that compromise their ability to maintain legal status.”

Many of Shah’s clients face obstacles to extending their stay in the U.S. because their student visas are expiring. During the 2016-2017 school year, nearly 186,000 Indian immigrants were enrolled in higher education institutions in America. In the 2015-2016 school year, 80% of Indian students were enrolled in science, technology, engineering and math (STEM) degree programs, according to the Migration Policy Institute.

For many Indian immigrants wishing to remain in the U.S., some seek permanent residency through a family member who is a U.S. citizen, or by trying their luck in the green card lottery, a U.S. government program that distributes 55,000 diversity immigrant visas annually. The process to obtain employment-based immigration visas is difficult and can take several years to complete, according to International Student, an organization striving to meet the needs of international students worldwide.

In many cases, applying for an H-1B visa is often the logical next step. One difficulty is because of the labor certification requirement, which is issued by the Department of Labor and describes the number of native-U.S. workers who could fill the position a non-citizen is applying for.

Indian immigrants made up nearly three-quarters of H-1B visa holders in 2018, according to U.S. Citizenship and Immigration Services (USCIS). This temporary work authorization allows those with specialized skills to work and live in America. H-1Bs authorize an individual’s stay and work authorization for up to six years, and applicants must have a minimum of a bachelor’s degree from a U.S. accredited school or an equivalent international university. 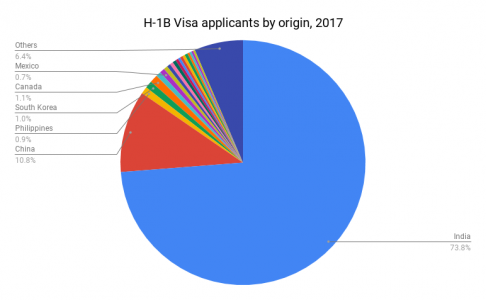 Immigration attorney Mazher Shah-Khan said the cap for how many H-1B visas are distributed should be raised. He said today’s economic performance is similar to that of the late 1990s and early 2000s, when the Clinton administration raised the cap to 195,000. When this happened, Shah-Khan said H-1B applicants never had a “lottery issue,” a situation that he said continues today.

“Businesses all over the country have a need for these high-skilled workers,” Shah-Khan said. “Companies are having record profit, record high earning, unemployment’s pretty low. The high-skilled, high tech sector needs manpower.”

Prior to 1991 and the first issuing of H-1B visas, many Indian immigrants came to the U.S. seeking jobs in the medical or engineering sectors, said Abubakr Meah, the immigration and citizenship program manager at the Indo-American Center. But since the early 1990s, there has been a shift toward H-1B visa applications, he said.

“Initially it was the physicians, the engineers,” Meah said. “But now, they’ve been replaced by IT (information technology) professionals.”

Jobs in the technology sector tend to hire U.S. citizens over non-citizen workers when applicants are equally qualified, Shah-Khan said. But when H-1B applicants enter the job market with higher degrees, there becomes an element of competition. 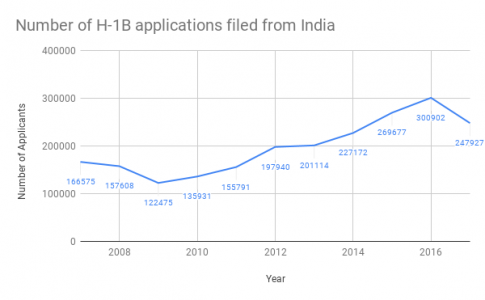 “The problem is that there aren’t enough of those high-skilled U.S. citizens and lawful permanent resident applicants to fill all the positions,” Shah-Khan said. “That’s why they’re looking into the options for H-1 applicants.”

The lottery is “hit-or-miss,” Shah-Khan said. One applicant may apply three or four times and never be selected for the visa, whereas another may get selected after reapplying once.

The ability to remain work-authorized in the U.S. is a burden largely falling on employers who sponsor employees as they apply for H-1B visas, Shah said. Employers can anticipate fees “easily crossing $5,000” for each application attempt, he said. While larger companies might be able to transfer workers to an overseas office for a year until they can reapply for the H-1B visa lottery, the immigration process puts a heavier burden on small businesses.

“Anything that involves heavy regulation is going to be somewhat burdensome on them, and the immigration process is anything but simple and intuitive,” Shah said. “A lot of times, unless there’s clear value for them in seeing a skill set that they absolutely can’t find anywhere, it’s hard for some of those employers to justify those costs.”

The top H-1B sponsors nationally include large tech companies like Amazon, Microsoft, Cognizant and Google, according to Fox Business.

Enova International, a technology-driven financial service trade association headquartered in Chicago, tends to be a major sponsor for H-1B applicants in the city. In 2018, the company had 38 certified H-1B visa workers, according to My Visa Jobs.

John Pollak, who formerly served as the senior director of people resources at Enova, told the Chicago Tribune in 2016 that these applicants offer both talent and cultural diversity.

“It’s a must that we have folks from a lot of different backgrounds and schools of thought for us to be able to think creatively,” Pollak told the Tribune.

The future is murky

Under the Trump administration, the future of H-1B visas has become murky. Forbes reported that the U.S. Department of Labor added a Labor Condition Application form to the application process, increasing government pressure on companies sponsoring H-1B applicants to “hire American” before sponsoring visa applicants.

Immigration attorneys often advise clients who are not selected through the H-1B lottery to make a “legitimate plan B” by extending their optional practical training (OPT) period. For those who studied in the STEM fields, OPT employment authorizations can be extended up to 24 months. The Trump administration has discussed limiting this OPT period, though the National Law Review reports no such regulation has been instituted. 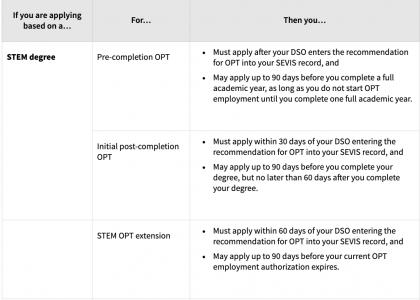 Timeline of when to apply for STEM optional practical training (OPT). (Source: USCIS)

For those studying outside of STEM fields, this OPT may not be a viable option for remaining work-authorized in the U.S.

“If you have a non-STEM degree applicant who only had a one-year OPT and didn’t make it in the lottery, he’s going to have a real tough time being able to work,” Shah-Khan said. “He could go back to his home country and work there for a while and see if maybe in the future, if a company were to re-petition for him.”

For the students who have already used their OPT or don’t qualify for that extension, Shah said, many clients consider – or have already decided on – enrolling in another higher-education program in an attempt to extend their work authorization. But through this avenue, authorization isn’t always immediate, creating an “element of grey” over whether the student maintained legal status throughout the entire process, Shah said. This can jeopardize an individual’s future applications for work authorization.

“An immigration agency could basically say, ‘Hey, we’re not sure that you were authorized or that you were maintaining status as a student under those circumstances, and we may choose not to approve your subsequent application for a work visa,’” Shah said.

Without the H-1B visa and without the OPT extension, options for Indian immigrants become contingent on each individual applicant’s life circumstances.

If an immigrant’s spouse has an independent visa, the individual may qualify to become their spouse’s dependent. Though this provides a pathway to legally maintain residence in the U.S., the issue of being authorized to work remains a problem, Shah said.

Others seek permanent residency through a family member who has already achieved citizenship status. For Jayanti Patel, his pathway to lawful permanent residence came through his younger brother, who sponsored his immigration in 1978.

In the process of immigrating, Patel had to give up his career as a history professor at a university near Mumbai in order to make a living in Chicago. He instead found a job in quality control at Blackstone Manufacturing.

“Before, I didn’t work nothing (like this),” Patel said. “I had no experience.”

Despite legal expertise seeking myriad different avenues for lawful residence and work authorization, there are some situations for which immigration attorneys can’t find a solution for applicants not selected in the H-1B lottery.

“Frankly, there’s going to be some situations where, unfortunately, the person just departs from the United States,” he said.