How is Chicago a welcoming city for African immigrants?

When Stella Okene first immigrated to Chicago with her family 15 years ago, she struggled to adjust to the new country she found herself in. She had difficulty finding employment, lacked guidance about assimilating to US culture, and frequently found herself homesick. Okene said she got through the challenges with the support of her loved ones and the Nigerian community in Chicago.

When people talk about recent immigration to the United States, the conversation tends to turn to a handful of communities; most frequently Mexican, Chinese, Indian, and Syrian. It can be easy to forget that people are constantly emigrating from countries all over the world, and forming communities once they arrive in the US. Immigrants from African countries have often been overlooked and lumped together, yet they’ve tended to migrate in distinct waves depending on the circumstances in their countries of origin. 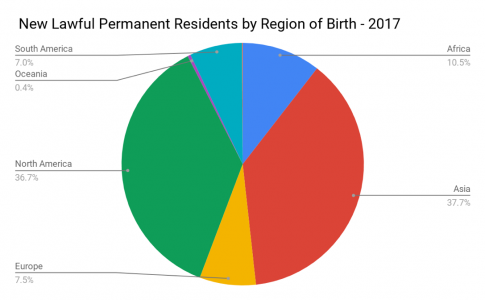 than 14,000 have come from Ethiopia and another 13,000 from Nigeria. More immigrants have come from countries in Africa than from European countries, according to data from the US Department of Homeland Security.

In its story, “African immigrants hope for a Chicago community of their own,” the Chicago Tribune reported in 2013 that Chicago’s 42,000 African immigrants constituted the fifth-largest African immigrant community in the US. The year before, in a study conducted by the United African Organization, or UAO, in 2012, Africans were found to be the fastest growing immigrant group in the state of Illinois, with 70% of African immigrants in the state arriving between 1996 and 2008. According to the study, the five African countries with the largest immigrant populations in Illinois were Nigeria at 30%, Ghana at 19%, Ethiopia at 17%, and Sierra Leone and Kenya both at 7%.

Despite the numbers and rapid growth, there are few community and advocacy groups dedicated to a pan-African focus. population.

According to Okene, UAO was established in 2005, and offers a range of services and workshops that aim to promote success among African immigrants. Some of the services the UAO offers include lessons to promote healthy lifestyles of immigrants, legal aid from pro bono lawyers, seminars on job interviewing and resume building, free meals for families who don’t have food at home, and English as a Second Language courses. 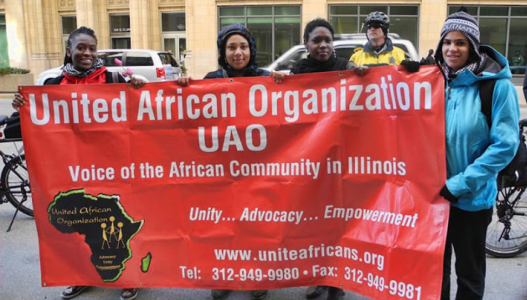 UAO hosts several special events and programs for the advancement of African immigrants as a community. One of the most notable events the organization holds is an annual Chicago African Summit, at which Africans are invited to network and discuss the issues facing the community in Chicago. UAO also holds a youth program, the African Youth Network, to encourage empowerment and civic participation.

Okene said the organization tries to be a welcoming safe-space for all immigrants who come seeking counsel, and aims to offer a unique experience to suit the needs of every immigrant.

“Each individual is unique,” Okene said. “They all have different things they come in for.”

The other major community group for African immigrants in Chicago is the Pan-African Association, which offers many of the same services as UAO but with a focus on aiding refugees.

Mamy Mubani, a member of the Pan-African Association, said the association offers several programs for African refugees, including aid for the naturalization process, workforce development, health and wellness workshops, and lessons on American culture. In addition, the association organizes many events centered on the cultural heritage of refugee populations. An annual gala, Culture Without Borders, features fashion and music inspired by African countries.

“We want to see everyone who seeks our aid succeed,” Mubani said.

Okene said the work that African community groups do can be hard, as African immigrants are often dealing with difficult problems such as hunger, immigration and legal issues, and unemployment. She treasures the work she does for UAO, and says the the constant stream of people reaching out to the organization is proof that the work they do is vital and necessary.