What led to the rise and fall of the Korean immigrant population in Chicago and where are they now?

In a section of Chicago’s Albany Park lies an area designated by the city as “Seoul Drive.” Named after the

abundance of businesses owned by Koreans along Lawrence Avenue, this area used to be the hub of Korean immigrants and once gave Albany Park the unofficial name of “Koreatown.” The area was vitalized in the 1970s by hardworking Korean immigrants who were determined to achieve financial success, which was difficult in their then-impoverished home country.

While some Korean-owned businesses still populate the area, its Korean community that flourished in the 1970s and ‘80s can only be found in minuscule clusters today. The Korean restaurants, beauty salons, and supermarkets that catered to their fellow immigrants are scattered, an outcome that resulted from the absence of demand for them. 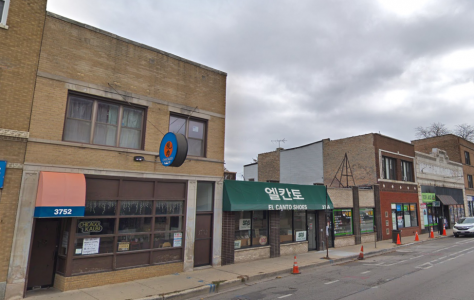 The city that was home to more or less 2,000 Koreans in 1968 grew to 10,000 by 1972. That number doubled by 1980. By the 2000 census, the number dropped back down to slightly more than 10,000 Koreans in the city of Chicago. What led to their rapid increase and equally precipitous decline, and where are Korean immigrants and their families now?

The first major influx of Korean immigrants into Chicago was during the 1970s. In search of a new arena to achieve financial success instead of their poverty-stricken post-war country, a great number of young and college-educated immigrants settled in the Albany Park area.

Many started from scratch. Due to the US government’s restriction on the amount of money they could carry into the U.S, many Korean immigrants relied on their hard work for financial survival, taking manual labor jobs. Albany Park was suitable in every way. Affordable housing, transportation, and employment in factories were easily accessible there. “At the time, one bedroom apartments were less than $450, and three bedrooms were less than $650 or so,” says Jin Lee, business director of the Albany Park community center.

Myung-hye Bae, 70, a first-generation Korean immigrant who came to Chicago in 1977, worked at a sewing factory on Lawrence Avenue. “I was a college-educated government official back in Korea, but here, we had to start from the bottom,” she says. Having immigrated with her three children, Bae says that she had to take any job that could sustain her family each day.

Bae recalls the hardships of taking work she was unaccustomed to. “It was my first time using a sewing machine,” she says. “My hands were pinched by the machine’s needles all the time, but I couldn’t do anything about it. When I came back home, I just dropped tears in the shower so my family wouldn’t hear me crying.”

Manual labor sustained these immigrants and their families, but it didn’t fulfill their dreams of economic prosperity in a new land. Soon, the immigrants started their own businesses. Without enough capital to bear the expensive rents of downtown Chicago, they opened shops mainly in affordable areas like Albany Park and on the South Side. Many of the shops were general merchandise and beauty supply stores. Then Koreans turned to dry cleaning stores as a way to expand their options to downtown. These businesses, Lee says, “didn’t require language skills. All you need is a hard-working mentality and devoted commitment to work, which Koreans were good at.”

Hwa-yeong Baek and her family, who immigrated to Chicago from Korea in 1981, started a cell phone shop in 1990. “The U.S. was slower than Korea at bringing in cell phones, so we knew much more about the devices back then [than other Chicagoans did],” says Baek. She recalls many of her fellow immigrants opening phone stores on the South Side and making a good living. Her family’s store was on the 63rd Street, which is in a neighborhood now part of a revitalization initiative by the city. “People from the black neighborhood on the South Side back then couldn’t afford to pay the bills for their home phones, so many of them used prepaid, $30 phones from stores like ours,” Baek explains.

When the Korean community in Chicago doubled to over 21,000 from 1970 to 1980, a third of them resided in Albany Park. Over time, Korean restaurants and supermarkets that catered to Koreans flourished in the area, and the community reinforced the sense of identity by holding Korean cultural events and forming organizations.

As the first generation of Korean immigrants became middle-aged parents of families, they didn’t want their children to go through the hardships they went through of escaping poverty, adjusting to a new environment, and taking blue-collar jobs. In the late ‘90s, the immigrants moved to the suburbs – to Skokie, Niles, Glenview, and Northbrook  – to enroll their children in better financed schools. These were areas where affluent Jewish communities resided. The Korean parents were eager to provide their children with a quality and rigorous education and stable neighborhoods. High schools such as New Trier, Stevenson, Glenbrook North, and Glenbrook South suited them.

For an episode of WBEZ’s Curious City, the show answered this question from a guy named Andy: I’ve seen signs for Koreatown near Albany Park, but there doesn’t appear to be a Korean population there. What’s the deal? “Well, Andy, the deal is mostly suburbanization.”

Hye-eun Myeang, now 67, came to Chicago as a first-generation immigrant with her father. She later married in the city and had three children, which prompted her to move to the suburbs. “Most of the first immigrants, including myself, were college-educated. It was natural and very important for us to find better schooling environments for our children.” Myeang first moved out to Schaumburg, and then to Lincolnshire, where her children went to Stevenson High School. 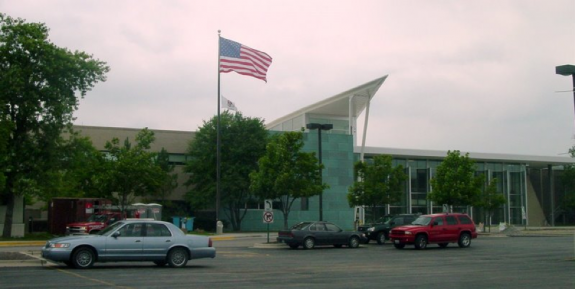 Because many immigrant parents in the suburbs have similar interests to Myeang, they sought each other out. “My children’s friends’ mothers and the people at the church – they became my best friends and we formed small communities,” she says.

The decrease in the visa quota for Korean immigrants also played a factor.

Since the ‘90s, the U.S. government limited the number of Koreans coming into the U.S. Since then, Koreans have been losing opportunities to Chinese, Indian, Pakistani, Filipino and other Asian immigrants, who’ve had both smaller language barriers and a similar need to immigrate to improve their financial prosperity.

Lee, a former vice president of the Korean American Association of Chicago and a Korean immigrant in the city himself, expresses concern about this.

“We want to bring some new, fresh blood – fresh immigrants from Korea in order to revive Koreatown and the Korean American community,” says Lee. He likens the situation to what happened to the Japanese American community. “They lost their identity. They became assimilated into the US, and you can’t see the positive identity of Japanese Americans anymore because of the lack of population.

By the time Koreans celebrated their 100th anniversary of immigration to the US in 2003 to commemorate the settlement of a small group of Koreans in Hawaii (then a US territory), the Chicago Tribune reported that although the Korean communities of metropolitan Chicago were the third largest in the country, they were “low profile.”

Lee predicts that in less than 50 years, the Korean population in the city of Chicago will decrease even more and the younger generation of Koreans will become completely assimilated into American culture. The culture of Koreans that strongly surrounded the first generations of immigrants will “lose its tie,” says Lee.