How does the separation through deportation in mixed-status families affect the functioning and survival of the family?

Cecilia Garcia met her husband, Hugo Velasco, in 1997. He was her brother’s friend and rented a room at his place. Garcia didn’t think he’d be the one she’d start a life with.

“I think as a woman you have a type of guy that you’re going to like, and he was totally opposite of what I liked,” she recalled. “I liked rock and he liked rap, so we were really different.”

They connected over their Mexican heritage and spent summers there. As an American citizen, Garcia’s fluency in Spanish connected them even more. They spent the next 23 years together yet often separated, having their first child in 1998 and four more after.

Velasco was an undocumented immigrant and lived incognito in the United States since he was first deported in 1998, shortly after having their first child. Two weeks after his deportation he crossed the border back to be with his family in the United States. 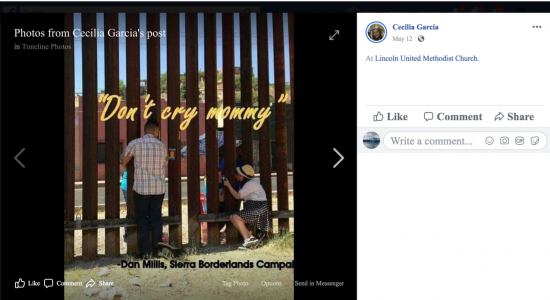 If you are deported or removed from the United States, there is a bar that bans you from reentry into the country for five, 10 or 20 years. Velasco’s 10-year bar prevented him from applying for citizenship until the bar was lifted. For that reason, Velasco and Garcia didn’t officially marry. They thought that not being married would make it less likely that Velasco be a target for deportation by the US Immigration and Customs Enforcement (ICE) agency. The US government does not offer protection for mixed-status families, ripping apart many families made up of American citizens and undocumented immigrants.

Garcia hired a lawyer and began the process of applying for Velasco’s citizenship in 2010, by filing for a pardon to adjust his status. Two years later, he was pulled over while driving due to an expired license plate and ICE was called. His undocumented status, previous deportation and illegal reentry into the United States were grounds for a second deportation and another 10-year bar.

“I thought that me (in the process of) adjusting his status protected him, but that was then, and this is now and now I obviously know that that doesn’t happen.”

Garcia described her family as being very close, with camping trips in Texas, Thursday night family dinners and cooking and cleaning together.

“We started from the bottom up, we had nothing and together we built a family. We had a home, you could say we emulated that American dream.”

Garcia went to their lawyer the day after Velasco was detained. She was told that there was nothing they could do. The lawyer advised her to tell Velasco not to sign anything, but ICE didn’t allow Garcia to talk to Velasco until the next day, and ICE had convinced him to sign a voluntary deportation, surrendering his rights.

“(ICE) said, ‘If you sign your (voluntary) deportation, it’s easier for your wife to adjust your status.’ This is what they do, they lie. It’s not against the law for them to lie,” Garcia said. “As soon as he called me, I answered and I said, ‘Babe, don’t sign anything’ and he’s like ‘I already did but it’s okay, they explained to me…’ and I’m just like ‘ugh.’”

The deportation came as a shock to Garcia and she described the slight “arrogance” she felt that this wouldn’t happen to her family because of her immigration status and efforts to adjust his status. If she had known that this could happen, she would “have had a plan B, a backup plan.”

Two years after Velasco was deported, in 2014, he and Garcia married long distance; she in Chicago and he in Mexico. To her knowledge, Garcia said, her wedding with Velasco was the first bi-national wedding in history.

The tightening of immigration laws under the Clinton Administration contributed to the more than 5 million deportation since 1997 under the Clinton, Bush, and Obama administrations, up to the Trump administration. The Illegal Immigration Reform and Immigrant Responsibility Act (IIRIRA) that was signed into law in September 1996 allowed for deportations to be retroactive and broadened the types of crimes that could result in deportation and included immigrants with legal residency. For example, non-violent offenses such as marijuana possession, jumping a subway turnstile or selling bootlegged DVDs all became grounds for deportation. Garcia believes the IIRIRA and the Clinton Administration made the criminalization of undocumented immigrants profitable.

Since her husband’s deportation, Garcia has fought to take care of her family through one misadventure after another. She was unaware that some of her children were missing school, causing Childhood Protective Services to investigate her for negligent parenting. Garcia was unable to receive government assistance and now works two or three jobs to provide food and shelter for her family. She was also recently evicted.

“When they’re telling you that you’re a bad parent, you know how awful that sounds?” she said. “That hurt me a lot because I didn’t choose to live like this. It was something enforced.”

The separation of Velasco from his family has also caused mental distress in the family. Both of her daughters did not want to walk on stage at their graduations.

Garcia said of one of her daughters: “She didn’t want to walk the stage because her father wasn’t there. I was like, ‘Be happy you’re graduating high school as Latina, as a girl.’ She’s like ‘What for? My dad’s not going to be here.’”

One of Garcia’s most trusted supports since her husband’s deportation has been seeing a therapist. Garcia is open about sharing that two of her children have been hospitalized for attempting suicide.

Velasco took the risk to cross the border when one of his daughters was hospitalized. It was one of two times after his second deportation that he would try to cross and each time he was caught. After seven years in Mexico, Velasco had his first nervous breakdown, which has led Garcia to question how much longer her family can survive this ordeal.

“I never thought seven years later, I will still be fighting for this,” she said. “I thought by then my husband would have been here.”

When Velasco was detained the second time, she didn’t want to go visit him because of the trauma she knew it would cause her by seeing him in jail.

In August 2018, 14-year-old Silas Anorve from Las Vegas, Nevada, died after jumping out of a moving vehicle trying to visit his father, an undocumented immigrant who was detained by ICE. The fear and stress of his father’s possible deportation to Mexico caused Anorve to commit suicide. Garcia described the incident as an example of how the deportation of love ones impacts a family’s mental health.

“This was the one that was made public. We really don’t know how many Silas Anorves there are, but how many have to come up on the news for people to take things seriously?” Garcia asked.

[See this story in the New York Times – The Youngest Known Child Separated From His Family by the Trump Administration.]

Garcia’s 12-year-old daughter has told her, “Mom, I recite the Pledge of Allegiance every day and it tells me there’s justice for all. Where’s my justice?” Since the deportation of her husband, Garcia has fought to be able answer her daughter’s question positively. Garcia has helped children whose parents have been deported, leaving them as wards of the state and an 18-year-old who dropped out of college to support her younger siblings after their parents were deported, exposing this issue at the border as also being in “our own backyards.” 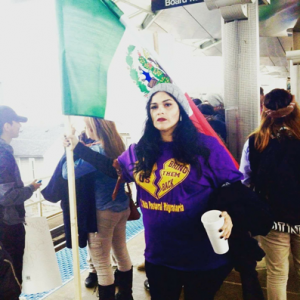 Garcia knows that legislative problems are fixable, but the government refuses to do so. Refusing to wait until the 2020 elections, Garcia has brought her fight to Washington D.C. to focus national attention on the daily separation of families outside of the borders. She and others talked to state representatives, congressmen and the members of the Hispanic National Caucus to garner support. Garcia told her story in Washington D.C. as she does to many groups across Chicago with the hope of inspiring others to talk and stand up for this initiative.

The coalition presented a platform that includes a renewable three-year visa for undocumented parents of American citizens, dreamers, and undocumented spouses. The visa recipients would be vetted and have a background check. When presented to 10 people in their meetings, Garcia said eight seemed to be on board and two were not. One goal is to have the platform presented on the floor of the House of Representatives.

While Garcia does not know when she’ll see her husband again, she has relied on the help of her family and church community to get her through this time, with the hope that soon with her efforts and the support of others, they’ll be able to be together again.