How do the experiences of Asian immigrants frame how they address issues of domestic violence and sexual assault in their community?

“I was a victim of domestic violence,” said Marina Y. Kim. “I needed help at the time, but I didn’t know where to go. And I didn’t speak English well and I was undocumented.”

Kim was born in South Korea and moved to the US in 1999 as an international student when she was 23 years old. While studying in the US, she met the man who would become her husband through an online chat forum. In 2001, Two years later, they married and during their marriage of eight and a half years, Kim suffered through multiple incidents of domestic violence. 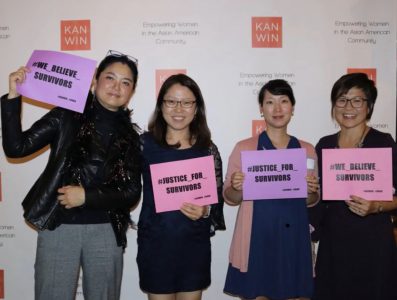 It wasn’t until 2009 that Kim reached out for support to get away from the abusive relationship. She found support at KAN-WIN, a non-profit organization in Chicago that assists Asian American and immigrant survivors of domestic violence and sexual assault.

WIN, results indicated that sexual violence is highly prevalent in the Asian American and immigrant communities in the Chicago metropolitan area. More than half the females surveyed reported having experienced some form of sexual violence. About 8% of males did too. More than two-thirds of the participants of the survey reported being of Korean ethnic background and the others identified as East Asian or Southeast Asian, which is reflective of KAN-WIN’s clientele. About 25% of the participants reported that they were born in the U.S.

Anna Bang, the Outreach and Education Specialist of KAN-WIN, has worked in a number of advocacy organizations that provide support for survivors of domestic violence and sexual assault. From her experiences, Bang has noticed that survivors who belong to non-Asian communities tend to reach out for help sooner than those who belong to Asian communities. Since working at KAN-WIN, Bang has noticed that those in Asian communities try to endure their abusive situation as long as possible, until they can’t take it anymore. There are many barriers that Asian immigrant survivors face when it comes to handling issues of sexual assault and domestic violence.

Perhaps the most obvious barrier is language. If you can’t speak the language, how do you call the police on your abuser and explain convincingly what’s been going on? The KAN-WIN survey found that survivors who took the survey in English had accessed resources and services more than those who took the survey in other languages, which may itself illustrate how language barriers play a role in a survivor’s process of getting help.

Survivors also face barriers that are less discernible. Many immigrant survivors find themselves beholden to a power dynamic in their relationships. “Domestic violence is all about power and control. In order for them [abusers] to have the control and power in a relationship, they can use any tactics,” said Bang. For Kim, this manifested in the way that she trusted him. “At that time, the biggest problem is I didn’t know about him. And I didn’t know about USA,” said Kim. “So, it was kind of a big mistake because I trusted everything he said.”

One of the tactics is making threats against the survivor’s immigrant status. Because a lot of immigrant survivors require documentation to stay in the US, abusers often threaten them by saying that they won’t sponsor the survivor’s green card or that they won’t let the survivor’s child stay in the country. They are effective ways to intimidate victims into silence. Financial abuse also plays into it, as many immigrant survivors  depend financially on their partner, especially if the partner is more linguistically competent and engaged in the US workforce. It is common for the abuser to take control of the finances of the relationship, and essentially take control over the victim. 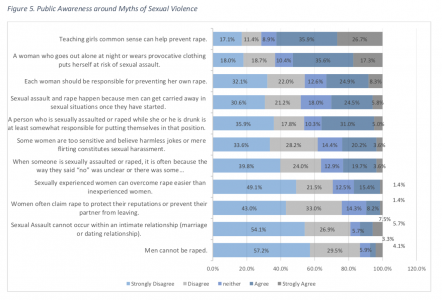 domestic violence or sexual assault. Kim said that she grew up seeing a lot of negativity around marital problems in general that was amplified through the media in South Korea. As she was watching a Korean television show featuring couples going through marital troubles like cheating or domestic violence, Kim remembered thinking about the faults of the victim more so than the abuser. She wondered why the victim was being beaten and thought that the victim must have done something wrong.

“When he dragged me and he hit me on the floor and I was lying down, I never imagined that I would have that kind of life. It happened to me? Really? I couldn’t believe it,” said Kim. “So, I think it’s kind of a cultural matter. Because I was raised like that.”

About 45% of the KAN-WIN survey participants who identified as survivors indicated that they struggled with the process of getting help because of the culture of victim-blaming in their community. Many participants also reported believing that the responsibility of preventing sexual assault was on the victims, not the offenders. More than 60% of people agreed or strongly agreed that “teaching girls common sense can prevent rape.”

After the first time Kim was beaten by her husband, she called her friend for help. When her friend and her friend’s sister came to pick her up, Kim was bloody and bruised. The first thing her friend’s sister asked her was: “What did you do? Why did he hit you?” That stuck with Kim. “Since then, whatever happened, I was afraid that if something happened, people will think I was wrong,” said Kim. “So, it was kind of a big trauma after that.”

These attitudes put Bang on notice. “For a lot of the survivors that I talked to, I told them, ‘this is not your fault’ and one thing that they do is they cry and tell me, ‘no one ever told me that this is not my fault.’ Because everyone near the survivor always finger points at the person and says, ‘This is your fault. You’re not being a good mother. You’re not being a good wife.’ And that person thinks it’s always her fault,” said Bang.

Divorce is culturally not an an option for Koreans and other Asians. In the Asian community, it is common to learn that you should never get divorced, according to Bang. The message is preached in the Korean media, Kim said, and it was reinforced by her parents. “That kind of culture, that kind of atmosphere and opinions about divorce, that was hurtful. I didn’t want to be blamed.” said Kim. “I think that was my biggest fear.”

It took years for Kim to seek help. “For ten years, I didn’t say anything,” said Kim. Even when her husband hit her in public and a bystander called 9-1-1, Her eye swollen and her glasses broken, Kim told the officers, “He didn’t do anything to me.” She was thinking about her children. “I was just holding onto that relationship because I didn’t want to give my kids a broken family,” said Kim. “I prayed to God to make us a happy family.”

“I decided it’s over.” After that incident, Kim made up her mind. “I kneeled down and I begged him, ‘I can’t do this anymore. Can you leave me alone? I don’t need anything, just give me the kids, that’s it.’” Her husband told her to stop putting on a show and left. That was when Kim started to prepare her divorce.

It is common for survivors to go to a friend first, instead of to a professional organization. This is the point at which the actions of every individual matter.

Being more educated about the red flags indicative of abuse and about the resources available in your community are ways in which anyone can contribute to providing support for survivors. It is in ways like these that every individual can become part of the cause.

After Kim reached out to KAN-WIN in 2009, her life was altered for the better. KAN-WIN provided immediate shelter for her and her kids when they left their house, then helped them find long-term housing. Through KAN-WIN, Kim also received counseling services that helped her work through what happened. 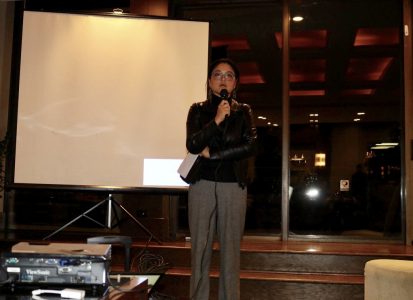 “I felt like a dog on a leash,” said Kim. “He put me tightly on a leash. Like if he wanted to kick me, anytime he did it. I felt like that. It was hard to get out from that trauma.”

Kim went back to school to continue her studies.

“I was kind of a bird in a cage. I feel that I’m free now. For ten years, I never regret my divorce, never,” said Kim. “I love my life now.” Currently, she is a certified public accountant candidate and is working two jobs.

Kim also works as a KAN-WIN volunteer to pay it forward to those who have gone through similar experiences as her own. 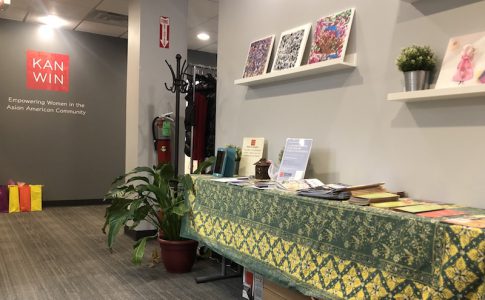 KAN-WIN passes the message on to survivors. “You’re not alone and we’re also here for you. And I think that helps them to understand that they don’t have to feel so alone – that there is someone who believes in them.”

For more information about volunteering for KAN-WIN, you can contact them at 847.299.1392 or email outreach.edu@kanwin.org. You can also go to http://www.kanwin.org/volunteer/ to learn more about their volunteer opportunities.