How has Cuban immigration changed since the cessation of the Wet Foot/Dry Foot policy?

Meli Santoyo says that in today’s political climate, she cannot afford to be Republican.

“I grew up in the context of being a first-generation college student, a low income student, a woman in the U.S.,” she says. “No matter what happens back in the islands, I live here.”

Santoyo’s parents immigrated to the United States from Cuba in 1999 after winning a visa lottery on the island. The lottery in the 1990s extended the opportunity to obtain a visa to all Cubans and their spouses and minor children, rather than solely those who had close relatives living in the states or qualified for refugee status. 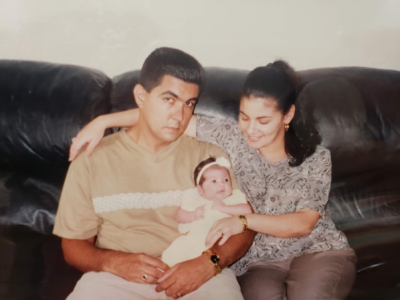 Meli Santoyo and her parents, Miami, FL, 2001 [Photo courtesy of the Santoyo family]

Santoyo says her mother applied for the lottery behind her father’s back, recalling the story with a smile. “He was like, ‘Don’t do that, it’s fake. Nothing is going to come out of it,’” she says. “But she turned [the forms] in, and she won. So they were able to fly to the U.S., and they stayed in Miami.” They were able to secure and maintain their status as Lawful Permanent Residents (LPRs).

At the time, the so-called “wet foot, dry foot” policy was still in place. Introduced by then-President Bill Clinton in the mid-1990s, the policy stated that Cubans attempting to immigrate to the United States would be allowed to stay if they reached land, but sent back to the island if they were intercepted at sea.

The policy was created to address the influx of immigrants that came after passage of the Cuban Adjustment Act (CAA) in 1966, according to Patricia Wall, an immigration attorney with Stok Kon and Braverman in Fort Lauderdale, Florida.

Because the CAA was intended to provide humanitarian relief to Cubans who were considered political refugees, it sparked a large increase in Cuban immigration. The CAA allowed Cuban immigrants to become LPRs through adjustment of status after being physically present in the United States for one year, according to the Migration Policy Institute, a research and data analysis institute for North American and European migration policy.

“The wet foot/dry foot policy was enacted [30 years later] to remedy a situation that was not contemplated when the Cuban Adjustment Act was put in place,” Wall says. “Around 1966 there was a mass migration, so the government tried to control that by creating the wet foot/dry foot policy. It was an attempt for the administration to control that influx.” 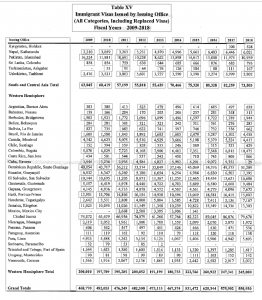 Immigrant visas issued, showing a surge for Cubans in 2016 and 2017, and a pittance in 2018 [Data and graphic: Department of Homeland Security]

When former president Barack Obama first reopened relations with Cuba in 2014, the result was another surge in immigration. Between 2014 and 2016, arrivals more than doubled, from 24,300 to 56,400, according to the Migration Policy Institute.

Obama ended the policy on Jan 12, 2017, just days before Donald Trump’s inauguration, largely based on the argument that the policy granted special treatment to a single group of immigrants. “The entire Cuban community was definitely affected by it,” Santoyo says. Santoyo has had many relatives attempt to migrate from Cuba to the United States, lawfully and unlawfully, both before and after the policy was terminated.

With the end of the policy, Cubans intercepted at sea or on land are returned to the island and processed in the same way as other illegal entries into the US. “I have cousins that immigrated through Mexico, and once they got here, through [the CAA] they were able to receive their green cards,” she says. “After a year here, they became residents.”

Based on Wall’s experience in the field, she says she saw significant changes in Cuban immigration after the policy was ended, specifically that Cubans were being detained and deported for the first time in decades. “Cubans would come in illegally and get approval and adjust status eventually, which was kind of the norm. This shifted suddenly to family members calling me because their relatives had tried to cross the border through Mexico, and were detained and deported. Some of them were lucky enough to have their asylum granted by a judge.”

Looking at the numbers, the termination of the wet foot/dry foot policy sparked a major change in Cuban immigration as a whole; specifically, a significant increase in defensive asylum grants. To plead for asylum defensively indicates that one is already in removal proceedings with Immigration and Customs Enforcement. According to the data presented by Wall from the U.S. Department of Homeland Security, 55,117 of Cuban immigrants in 2017 were considered refugees or asylum seekers. Of this number, only 177 were considered refugees, meaning they were granted refugee status before coming to the U.S. The vast majority of Cuban immigrant needed to ask asylum to enter the U.S. legally.

Politically, Santoyo leans left. Her father and grandfather, however, represent a different generation and, in turn, a different perspective. “My paternal grandfather was held in a work camp in Cuba for being a freemason, because he didn’t believe Castro’s ideology,” she says. “My father was supposed to attend a gifted school in Cuba, but that opportunity was taken away from him because he didn’t have any kind of power to his name.”

The end of the wet foot/dry foot policy turned Santoyo’s family members even further away from the left. “It just kind of affirmed what they thought, that the Democrats were socialists and wanted to aid and abet communism.”

Their experiences on the island have shaped their current political views, which differ greatly from Santoyo’s. Though Santoyo leans against the current administration, the end of the wet foot/dry foot policy influenced her opinions of the Obama administration quite significantly as well.

“Getting rid of that legislation highlighted a lot of things about Obama’s presidency for me,” she says. “I feel like in my case it was just a betrayal. Obama’s presidency wasn’t perfect, that much is obvious, but overall he seemed to be this figurehead that a lot of people in my generation really liked. But I just could never feel the same way toward him because of what he did.” 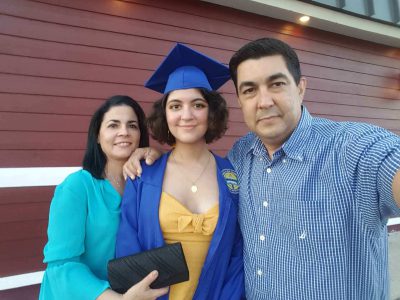 Santoyo, as a child of immigrants, has grown up in a country founded by immigrants that has yet to make immigrants feel truly welcome. Like so many children of immigrants, Santoyo feels an immense obligation to succeed. “I started thinking about my education when I was eight years old,” she recalls. “My entire life has just been get to high school, get to college, get employed,” she says. “I’m not carrying just myself, it’s like my family and an island is behind me.”

In terms of both the former and current administrations, Santoyo has low hopes for fair representation of immigrants in politics. “I just wonder, will there ever be an administration that keeps its immigrants at the forefront of its policy? And so far, no.”