Are people turning to traditional Chinese medicine during the coronavirus pandemic?

“I don’t suggest you go buy traditional or alternative medicine, or the herb to cure [COVID-19],” says Lynn Chang, the owner of Tiện Thuốc Bắc Vĩnh Hoa, a traditional Chinese medicine shop in uptown Chicago that she opened in 1995. “If you’re new to herbs, as I always tell people, it is only to maintain the body or to helpwith some kind of bacteria, but not with virus, not disease.” 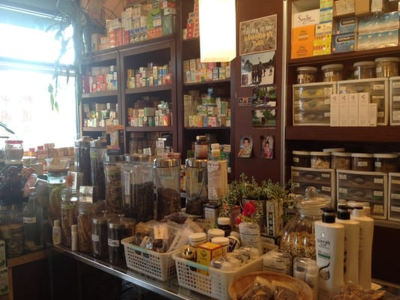 Chang, 65, has kept her shop open, but says the majority of her business is now done over the phone. The only people ordering from her are her regulars, and she says that hours will go by without anyone coming in. She hopes people understand that she can’t sit in the shop all day long any more, and says that she doesn’t think traditional medicine should be used to treat COVID-19.

Meanwhile, the Chinese government is promoting a range of traditional medicines as being effective at alleviating symptoms of, and even treating, COVID-19. Traditional Chinese medicine (TCM) remedies constitute some of China’s health ministry’s recommended treatments for COVID-19, and include pills, powders, injectable therapies and recipes to make herbal teas, known as decoctions.

In March, China’s National Health Commission reported that of the more than 80,000 people infected with COVID-19 since the outbreak began in December, 90% took some form of traditional Chinese medicine to treat their symptoms. Despite the lack of rigorous trial data to show the efficacy of the recommended remedies, they have even gone so far as to send the traditional medicines they have concocted as a form of international aid to Italy and Iran.

While other scientists say there is no convincing evidence that these remedies are effective against COVID-19, there have been mixed signals regarding the support of TCM in the international sphere. In 2019, for the first time. the World Health Organization (WHO) approved a version of its International Classification of Diseases with a chapter on TCM. The inclusion in TCM was a first in the highly influential categorizations which assign codes to medical conditions, and is used internationally to decide how doctors diagnose conditions and whether insurance companies will pay to treat them.

Promoting unproven treatments is not unique to China. To great criticism, US President Donald Trump has routinely touted his use of hydroxychloroquine, an antimalarial drug with significant potential side effects whose effectiveness against COVID-19 is still being studied. By contrast, criticism of TCM as a treatment method is nearly nonexistent. The TCM industry is worth billions of dollars per year, and has long received tremendous support from the Chinese government.

Traditional Chinese medicine is based on qi

Traditional Chinese medicine has been around for more than 3,000 years and is based on theories about qi, said to be a vital energy that helps the body maintain health. Treatments range from ingesting herbs to acupuncture, and these practices account for nearly half of all medicines consumed in China, according to the WHO.

Zhang Boli, president of the Tianjin University of Traditional Chinese Medicine and a member of the national team leading China’s response to the coronavirus outbreak, says the severe cases can be attributed to a “noxious dampness,” which can cause qi to stagnate.

“That [dampness] in the body is something people can address without directly addressing a virus,” says Casey Aaron, co-owner of Golden Cabinet Medicinary, a TCM shop in Portland, Or., that has seen a huge influx in business. He’s careful to explain that he doesn’t think TCM cures diseases like COVID-19, “They’re just addressing the way that the body’s responding. We’re supporting the body during that, and actually with incredible results.”

The main herbal formulas generally recommended for treatment of COVID-19 by the Chinese government are jinhua qinggan capsules, lianhua qingwen capsules and shufeng jiedu capsules. The TCM practitioners I spoke with in the US are adamant about avoiding the use of general prescriptions or claiming that they could aid in the treatment of COVID-19, acknowledging the outlined recommendations while emphasizing the importance of individualized treatments.

There are currently no proven treatments for the deadly respiratory disease caused by the new coronavirus, and with widespread confusion in the mix, many have begun to embrace the attitude that something is better than nothing.

TCM shops are open and some are thriving

It hasn’t been easy for TCM shops to stay open. Chang says that she is barely keeping up with her bills, and is collecting unemployment at the moment.

Beyond keeping the doors open, other practitioners I spoke with agree with Chang, saying that the main purpose of traditional Chinese medicine is to boost the immune system or maintain the body. In contrast to Chang, Aaron says he has seen a significant increase in business, so much so that they stopped answering the store phone because it was ringing off the hook. 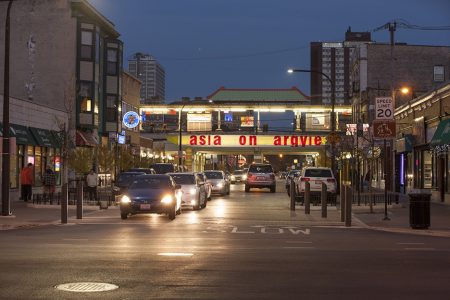 Argyle Street, also known as Asia on Argyle, is the strip where Tiện Thuốc Bắc Vĩnh Hoa is located.

“We got hit almost overnight. It went from normal operations to completely insane with people trying to order any kind of stockpile formulas within two days,” says Aaron. “A lot of practitioners were trying to order formulas that had been used in China largely. A lot of information came over on what kind of herbs to use and how to prevent COVID and best treat it.”

Aaron says that they had no guidance from the US government during the initial surge in business on how to operate Golden Cabinet Medicinary, in Portland. It is part acupuncture clinic and part herbal pharmacy. They decided to close the acupuncture clinic indefinitely, and close the doors of the pharmacy while continuing to fulfill orders online. They do curbside pickup and ship for free within a 30-mile radius of Portland.

Aaron says he and his 10 employees work seven days a week, wearing masks and spacing themselves apart when working together in the store to fulfill prescriptions from other practitioners and custom blend Chinese herbs for patients.

Chicken Soup Chinese Medicine, located in San Francisco, is another shop with both an herbal pharmacy and an acupuncture clinic. They closed their doors March 13 and started doing consultations over the phone and on the computer as they worked to figure out how to open again. Misha Cohen says that she has treated people through the consultations by diagnosing whether they have COVID-19 and telling them to get tested.

“I think part of it is that people trust us to help them figure out what they know they should do,” says Cohen. When she talks to people on the phone, if she hears that she thinks they may have been infected, she’s able to help them determine if they need to get tested. “That’s been important,” she says.

She reopened her acupuncture clinic in mid-May to people who are managing chemotherapy, and says she is treating about a quarter of the people she would normally see, thus making less than 25% of her normal income. She says they feel lucky that her business has one month of rent waived.

“Of course, we still have to continue to pay everything without any money coming in,” says Cohen, who worries of the long-term effects of the financial burdens that many shops are facing. “Especially for individual practitioners without support systems, I think it’s very hard for them. I think there’s a lot of people losing their leases and going out of business and staff are looking for other ways of being able to manage it.”

Still, there’s hope that this is the beginning of a new wave for traditional Chinese medicine in the West, and that the work is worthwhile.

“It’s actually an incredible opportunity to show the power of the medicine because you’re not really ever treating a disease in Chinese medicine,” says Aaron. “You’re just helping to balance systems. So in an ideal situation, you’re helping to support what the body does healthily already.”