How did COVID-19 affect Ramadan celebrations in the Arab American community around Dearborn, Michigan?

Ramadan is a month-long religious holiday observed by Muslims as a time of prayer, fasting, reflection and community. In 2020, Ramadan began on Thursday, April 23, in the midst of the “Stay Home, Stay Safe” executive order signed by Michigan Governor Whitmer on March 23 and extended through May 28. Ramadan ended with the celebration of Eid al-Fitr on May 24.

The details of the order meant that, for celebrants like Kodamah, dinners were limited to close family only.

“So it’s basically just like another dinner at home. You don’t have that feeling of “hey, it’s Ramadan, so everyone is going to be here! We’re going to have over 20 people around the table!” she said. 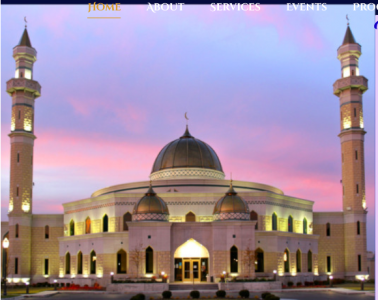 In Kodamah’s community around the Dearborn area 10 miles outside of Detroit, the large Arab American population means that she’s one of many who had to find ways to celebrate the holiday without being physically together. About a third of Dearborn’s population claim Muslim heritage, according to the Arab American Institute’s Demographic Fact Sheet. Many in the community are practicing Muslims and Dearborn is home to about a dozen mosques, including The Islamic Center of America, which is the largest mosque in North America.

For Razi Jafri, a photographer and project manager at the Center for Arab American Studies at the University of Michigan-Dearborn, celebrating Ramadan and preserving the spirit of the holiday with all the mosques closed was a challenge he was prepared to meet. Back in March, as Jafri was hearing about Passover and Easter celebrations adapting to the rapidly changing situations, he knew they were going to have to get creative.

“This was gonna be a Ramadan that was like no other and it may never be this way again,” Jafri said. 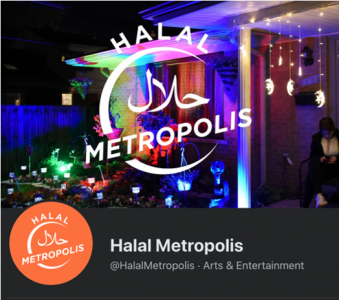 In response to the pandemic, community organizations like Halal Metropolis, of which Jafri is a leading member, stepped up to think of new ways to connect. One way they found was over Zoom.

As we chatted, Jafri was coming from another meeting, interviewing a local barber as a part of “Zoom in on Halal Metropolis,” a web series of interviews with community members taking a closer look at how they responded to the pandemic. The barber he talked with was getting used to being idle. In a usual year, the days before Eid, the celebrations marking the end of Ramadan, would be his busiest, as customers would be getting fresh haircuts before going out with friends and family.

The interviews were uploaded to the University of Michigan-Dearborn’s Youtube channel.

Another project meant to connect and inspire was the Ramadan Lights Challenge, which showcased the community’s holiday spirit from a safe distance. Three community organizations–Halal Metropolis, Michigan Muslim Community Council, and Ramadan Suhoor Festival–launched a competition for families to send in photos of their neighbor’s houses decorated with electric lights. It was inspired in part by a similar contest held in the city during December to show off Christmas lights. The Ramadan Lights Challenge then took on a life of its own.

“It kinda blew up,” Jafri said. They received over 120 nominations, with the winners in each region of the city announced over Facebook live on May 22, just in time for Eid. It’s one way the celebrations have changed.

Most other celebrations, including Eid prayers and family visits continued to be postponed until the community heard from the governor. One exception was graveyard visitations. They are outdoors and social distancing can be preserved, Kodamah said.

However, some local mosques celebrated with a “Drive-by Eid,” where celebrants remained in their cars as they passed by faith centers.

Jafri said that the idea was for people to “drive through, get your goodies, and maybe some positive vibes.”

Another way Eid was celebrated remotely was through a televised variety show that aired Sun., May 24 on a local channel and simultaneously live streamed over social media. It featured a short sermon, greetings and holiday wishes from community members, as well as music and entertainment, including comedian Abdallah Jassim.

In addition, schools in the community did their part to aid celebrants. Anne Joachim, a third-grade teacher at Dearborn Public Schools, included resources and space in her curriculum for lessons about Ramadan in both English and Arabic on her classroom website. For students celebrating, there were guides for exercises to do during the day and recipes for healthy foods to make for suhoor and iftar. Suhoor is the pre-dawn meal eaten before the sun comes up each day and Iftar is the meal eaten after the sun goes down, usually served buffet-style.

The resources available from Dearborn Public Schools extend beyond religious ones, focusing on meeting every student’s needs. From food resources to translation services, the administration took a lead in helping students, especially during Ramadan.

Anything they can do, “we don’t hesitate to do,” said Kodamah, whose role as a cultural liaison has shifted mostly to providing translation and interpretation over the phone.

During this time, togetherness is still a very real feeling, even though it’s not in a physical sense. Jafri hopes the solutions developed during the pandemic will spread, well beyond Ramadan and Eid.

“These projects will be inspiring for Muslims all over the country, all around the world.”