From my great grandmother to me and back to Vienna

My great grandmother Ilse lightly hums the Viennese ballad “Wien Wien Nur Du Allein” as I sit on the floor of her sewing room. She’s making me a dress for my seventh birthday, a task that requires little effort from her trained seamstress hands. While she works, I look around the room at a collection of framed black and white portraits of strange looking folks from another time. I point to a small photograph of a teenage boy.

“Who’s that?” I ask. It’s her first boyfriend Hans from the camp in Trinidad, she tells me, not dropping a stitch. She launches into a detailed story about a snippet of her past. I’m entranced. When she finishes her story, I say with brazen irreverence that I’m going to write a book about it.

This was the story of my childhood. I grew up sitting in my great grandmother’s kitchen, sewing room, or bedroom, listening to her life stories. There was no topic off limits to us as she explained her heartbreaking past. I can’t even remember first learning about the Holocaust. It was simply ingrained in my identity. You are a descendent of a Holocaust survivor.

Ilse Angove, my great grandmother, was born in Vienna, Austria, in 1927 to a wealthy, integrated Jewish family. She had an idyllic childhood, she’s recalled, until March 1938 when Hitler annexed Austria. In a panic, her parents searched far and wide for any and all escape options. All they found was an opportunity to go to Trinidad. Facing the decision between certain imprisonment and “the jungle,” as she called it, they opted for the jungle and fled to Trinidad.

Officials in Trinidad, which was a member of the British Commonwealth, assumed all immigrants, Jewish or otherwise, from German-occupied territories were potential enemies of the state. When the war started, my great grandmother and her family were put in an internment camp by British authorities. When the war ended, her family was released, and my great grandmother met an American soldier. She married the soldier and immigrated to America. She’s described it as “a sacrifice.” Her family stayed behind in Trinidad, and later moved to America once Ilse had gained citizenship. Everyone else she knew in Vienna, including cousins, grandparents, and uncles, died in death camps. 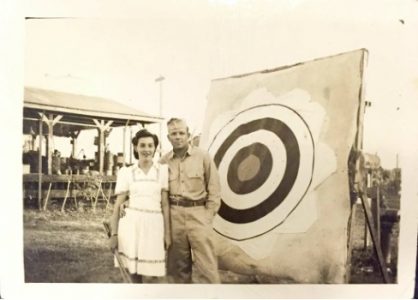 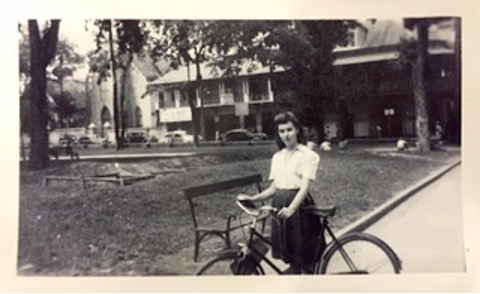 Her life has been remarkably sad, but through it all, she remained positive, cheerful, and grateful. Because of her candor and inspirational spirit, her story has shaped my life. Through storytelling, Ilse was able to impart her legacy on her descendants and teach us lessons about the world. When I was a child, her story initiated my fascination with history and storytelling. As I grew into a teenager, I used her story as a reminder that life could be much worse. Her story was a lesson in perseverance, optimism, and gratitude that my parents kept in their childrearing toolbox.

As I began to develop into a fully formed person, her story allowed me to achieve one of my greatest personal accomplishments. Together, my great grandmother and I embarked on a project to record her years of storytelling.As a junior in high school, right as my great grandmother’s memory began to decline, I made good on the irreverent promise I’d uttered as a child and wrote a book telling her story. The book took a surprisingly small amount of time to write as I had a lifetime worth of research and memories in me. Writing From Vienna was like writing an autobiography as my moments with her were so deeply ingrained in my memory. 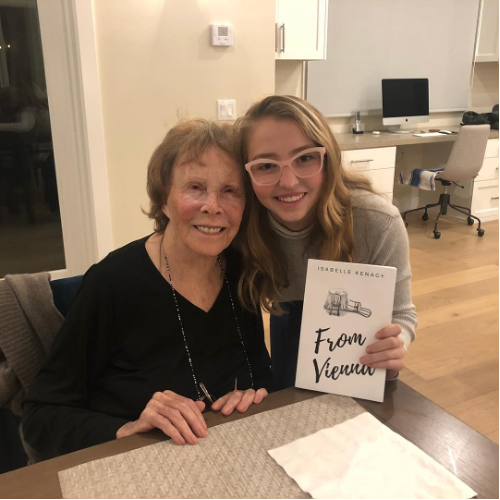 Ilse and Isabelle with a copy of From Vienna (Photo credit: Renee Kenagy, 2017)

The importance of From Vienna was in the experiences I had with my great grandmother. After finishing each chapter I sat and read it to her. We were doing what we had always done throughout my childhood. This time the roles were reversed. I was the one telling her story. My great grandmother and I did speaking events, marketed the book together, and brought her story from that little sewing room of my childhood to the world. Hearing my great grandmother tell me how much my work meant to her was the greatest gift of my life.

A few years later when my great grandmother’s health and vision declined, my sister turned From Vienna into an audio book. My great grandmother opted to end her life through euthanasia at 92 years old and requested to have the audio book played. Her last moments were spent listening to her life story through the voices of her progeny.

Ilse spent her life telling her story to her family, and in the last years of her life, we made sure she knew we were listening. 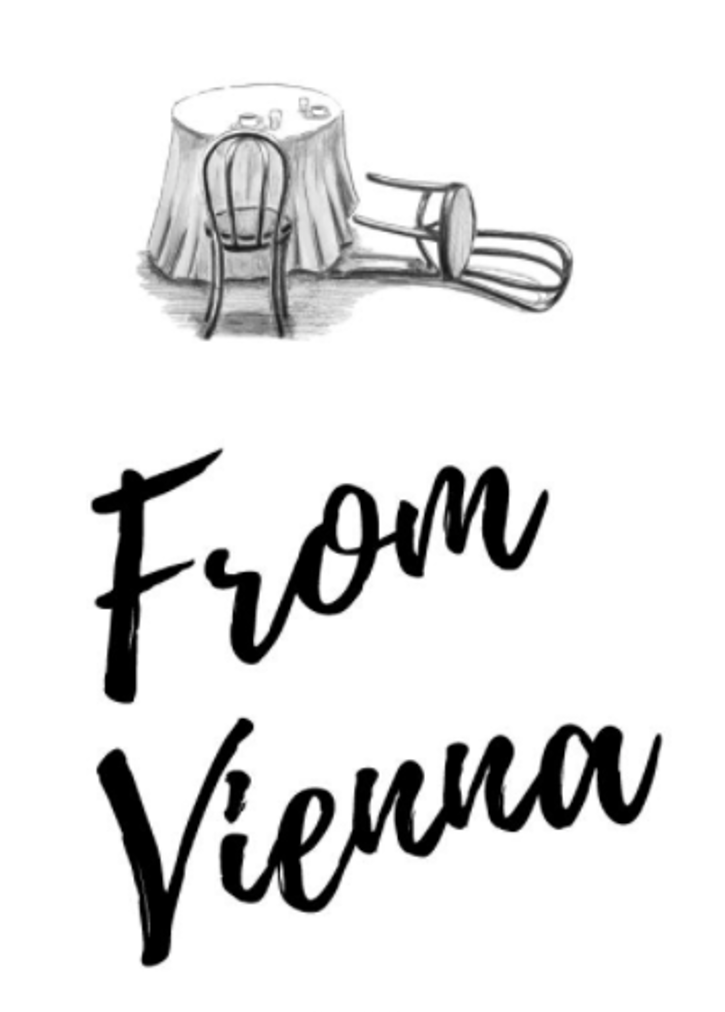